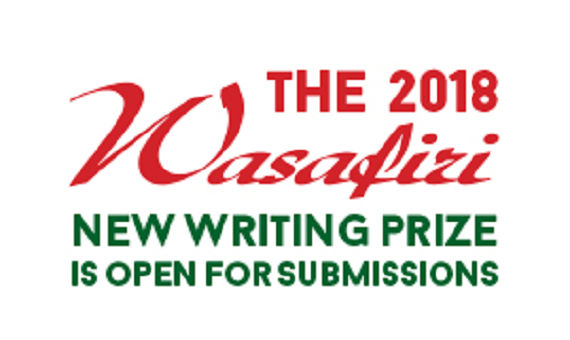 The prize was launched to support new writers, with no limits on age, gender, nationality or background. A winner will be chosen by our stellar line up of judges for each category: Fiction; Poetry; Life Writing. The three winners will be published by Wasafiri and receive a cash prize. They will also be offered the Chapter and Verse or Free Reads mentoring scheme in partnership with The Literary Consultancy (dependent on eligibility). The prize winners will be announced on October 25th, 2018.

Winner of the Wasafiri New Writing Prize 2016, Danielle Boodoo-Fortuné, said of the prize, ‘winning… has been a crucial part of my journey, and I wouldn’t be at the stage I am now, with the publication of my debut collection, if I had not won the 2016 prize.’ Her poem Portrait of my father as a grouper won the Poetry category that year.

2017 Fiction category winner Ndinda Kioko said of her short story Some Freedom Dreams, ‘this is the first piece that I’ve actually shared with the world… I’m just happy that finally a lot of people are getting to read my work.’

Kerry Young was born in Kingston, Jamaica, to a Chinese father and mother of mixed Chinese-African heritage. She has a history of non-fiction writing and editing on issues relating to youth work. Kerry has published three novels: Pao (2011) shortlisted for the Costa First Novel Award, the Commonwealth Book Prize and East Midlands Book Award. Gloria (2013) longlisted for the OCM Bocas Prize for Caribbean Literature and nominated for the International IMPAC Dublin Literary Award. And Show Me A Mountain (2016).  Kerry is a Reader for The Literary Consultancy, an Arvon Foundation tutor and a Fellow of the Royal Literary Fund.

Elleke Boehmer is the Professor of World Literature in English at the University of Oxford, Director of OCLW, the Oxford Life Writing Centre, Wolfson College. She is the author, editor or co-editor of over twenty books, including monographs and novels. Her monographs include Colonial and Postcolonial Literature (1995/2005), Stories of Women (2005), Indian Arrivals (winner ESSE 2015-16 prize). Her novels include The Shouting in the Dark (long-listed Sunday Times prize, 2015), Screens again the Sky (short-listed David Higham Prize 1990). In 2013-15 Elleke was a judge of the International Man Booker Prize.

To find out more, and to enter, please visit: https://www.wasafiri.org/enter-the-wasafiri-new-writing-prize/