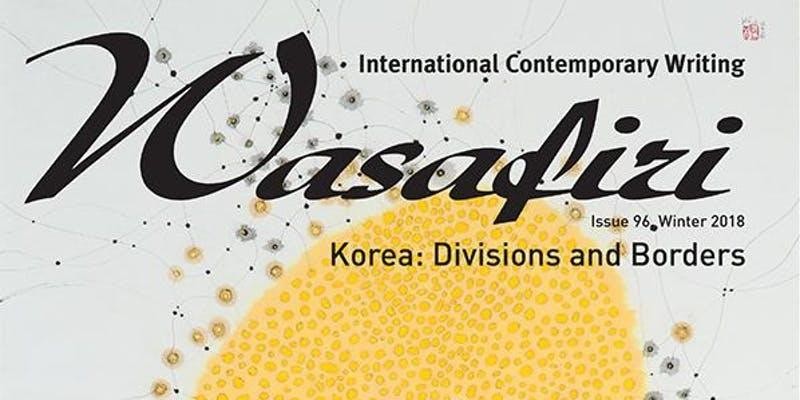 The issue is on the theme ‘Korea: Divisions and Borders’ and was guest-edited by Phillip Y Kim and Krys Lee. In their opening editorial, they write ‘South Korea’s transformation as a country over the past sixty years has been nothing short of astonishing, and the nation now ranks amongst the world’s most advanced societies and largest economies. The North Korea population, meanwhile, has long suffered under one of the world’s most brutal and reclusive totalitarian regimes. The stark dichotomy between the two nations sets up psychic and social tensions that exist nowhere else in the world. For storytellers and journalists, the narratives that arise from the dramatic contrast are unique, poignant and compelling.’

The launch will include a readings, a panel and Q&A from guest editors Phillip Y Kim and Krys Lee, as well as issue contributor Brother Anthony.

Phillip Y Kim is the Managing Editor of Asia Literary Review, a periodical which has published writing from and about Asia for over a decade. He is the author of Nothing Gained, published by Penguin Random House (China) in 2013. He is a Korean American who has lived in London since early 2015. He serves as a director on the Arts Advisory Board of Asia House in London. He has written for and presented on media platforms such as the BBC, Prospect magazine, Monocle 24 Radio and TVB (Hong Kong).

Krys Lee is the author of the short story collection Drifting House and the novel How I Became a North Korean, both published by Faber and Faber and Penguin Random House. She is a recipient of the Rome Prize and the Story Prize Spotlight Award and a finalist for the BBC International Short Story Prize. Her fiction, journalism, and literary translations have been published in Granta, Narrative, BBC, The New York Times, Corriere della Sera, and the Guardian among others. She is an assistant professor of creative writing and literature at Yonsei University, Underwood International College.

Brother Anthony of Taizé was born in England in 1942 and has lived in Korea since 1980. He is a translator of more than forty published volumes of translations of Korean poetry, and several novels, for which he has received many awards. He is a professor emeritus of Sogang University and a chair-professor of Dankook University.

To attend the launch of ‘Korea: Divisions and Borders’, please RSVP via our Eventbrite link here.

Copies of the issue will be available to purchase at the launch. If you are unable to attend, Wasafiri Issue 96 ‘Korea: Divisions and Borders’ can be purchased through our online shop here.