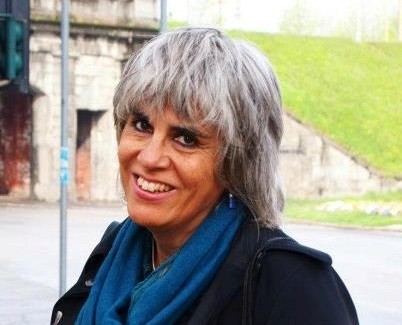 Ilkley Literature Festival 2018, now in its 45th year, will take place over 17 days from Friday 28 September – Sunday 14 October. From discussions about the impact of Windrush on the legacy of British literature, to workshops inspired by the creativity of the St Ives artists, find out which events Wasafiri will be present at during this year’s festival.

In association with Wasafiri and Ilkley Literature Festival, writer, journalist and guest editor of Wasafiri Issue 93 Bidisha will present a workshop to unlock creativity and take your writing to the next level. This workshop draws inspiration from the St Ives artists. ‘We will steep ourselves in the atmosphere of the old Manor House and develop our observations into totally original creative work, which we will share around the group for celebration and discussion’. This workshop is suitable for all levels and perfect for those who have ever been stuck for inspiration.

Wasafiri Editor-in-Chief Susheila Nasta will be in discussion with Jeremy Poynting, founder and managing editor of Peepal Tree Press, on how Windrush shaped the landscape of writing in the UK and the Caribbean over the last 70 years. Chaired by journalist, broadcaster and 2018 chair of the Forward Poetry Prizes, Bidisha, their conversation will explore the impact of migration on literature since 1948.

Wasafiri is happy to support this year’s SI Leeds Prize 2018, a national, Yorkshire-based Prize for unpublished fiction by Black and Asian women. Wasafiri Editor-in-Chief Susheila Nasta was on this year’s judging panel alongside Kadija George, Sharmaine Lovegrove and Winnie M Li. The shortlist can be viewed here. Prize Patron Bidisha will be the speaker at the award’s ceremony, and each of the shortlisted writers will give a brief taste of their work before the winner is announced. The prize is a collaboration between SI Leeds, Peepal Tree Press, Aspire iGen and Ilkley Literature Festival.