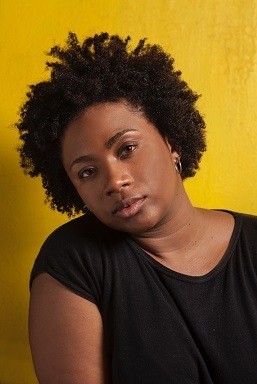 Ayanna Gillian Lloyd is a fiction and life writer from Trinidad & Tobago. She has been published in The Caribbean Writer and was shortlisted for Wasafiri’s New Writing Prize and the Smallaxe Literary Competition in 2014. She is an alumna of the Cropper Foundation Residential Workshop, The St James Writer’s Workshop and has been featured in the ‘Who’s Next?’ segment for emerging writers at Bocas Lit Fest and Bocas South. She is currently working on a collection of short stories and a novel.

‘Stop, traveller, ere you go by
So are you now, so once was I.
As I am now, soon you will be
Prepare yourself to follow me.’

Engraving on a tombstone in Lapeyrouse Cemetery

In death, we live far more richly than we do in life. Our lives are pale shadows in which we are preoccupied with the business of living. It is in death that we take on nuance and colour. We seep through the floorboards of houses, spread out and nestle there. We whistle through windows, ruffle curtains and inhabit the minds and memories of others. We take on a resonance that only memory provides. We become deities. We become ancestors.

I come from a family sustained by stories of its ancestors. The dead never leave us. They breathe and weave themselves into our lives, their names and stories strung together like prayer beads:

Henry’s face is fixed as a boy of ten in a sepia-toned, worn photograph with his four brothers and sisters, dressed like small adults, staring out at us. A black and white photo shows Iverson and Jacob in the late 1800s Virginia, a father and son who reach Moruga from across the sea. There is Old Daddy, Garma’s man who fought in the Second Boer War, who waited sometimes drunk for Garma to come for him outside Conqueror’s shop in Belmont and carry him home. They are more real than any fairy tale, more potent than any god.

My grandmother ages, her eyes grow bleary and now she sees me in three — as myself, as my mother and as Garma. She tells me that we were all buried in Lapeyrouse Cemetery – four generations of Belmont dwellers – except for Uncle Carlton, and there is much to be said about Uncle Carlton that, however, cannot be said here, for it deserves its own story. Her eyes compel me to seek them all in the small city of Lapeyrouse.

But, despite the regulations governing public burial grounds, finding the exact plot of a family member if you don’t know exactly where it is is not so straightforward. My grandmother’s memory is elusive – ‘Somewhere by the ice factory side I think. Last time was so long ago’ – and there seems no way of searching records for a name at the small office in the cemetery: ‘Yuh eh know de number? Ask yuh people fuh de grave paper and come back.’

Given the haphazard development of Lapeyrouse cemetery, this is not surprising. If any place reflects the cosmopolitan character of Port of Spain, its history of death and disease, of murder and enslavement, of sweetness and blood, it is Lapeyrouse. Fitting then that we, who come from Bequia on one side and Virginia by way of Hard Bargain in Moruga on the other, and bounce up in Belmont, should rest there. We are town people, just as haphazard as the place, just as own way and we survive and thrive because of it.

Lapeyrouse is a grid divided into streets and blocks, seemingly ordered and regimented. The graves are numbered and there are street signs that give direction, but this is where the order ends. Unless you know exactly what you are looking for, there is almost no way you will find it. The place has an air of genteel decay. It is tropical Gothic — largely overgrown, rustic and beautiful. In Trinidad, we don’t believe in lush, manicured lawns and tidy graves. Our cemeteries are things of storybooks and magic, of spirits walking in the night, midnight lovers’ trysts and Kitchener calypso dreams. Even on All Souls’ when families come to clean their graves, when flowers are placed and candles are lit, our cemeteries never lose that mournful air.

Years ago, I wandered past a cemetery in Boston. It was winter and the snow blanketed a sprawling, undulating expanse of land that could have been a park or a garden if not for the modest sign to the front and the uniform headstones sticking out of the white snow like dentist-maintained teeth. It was beautiful and sterile. I could not imagine real grief there, could not imagine a woman bawling, a man moaning low, sisters holding back the youngest whose body wanted to pitch itself into the hole behind a descending coffin. This pretty place did not reflect the death I knew. I wondered whether these strange people who buried their dead in rows, for whom everything had its place, who lived in a land where snow could cover everything just so like the dead did not even exist any more, even knew what death was for. We, raised in a city of blood and sugar, know that death should not be prettied up and sanitised too much — death can be violent, majestic, tragic, it can be many things, but never pretty.

But Lapeyrouse has an order of its own. Whoever said that we are all equal in death never perused a cemetery. The road that runs through the centre is the main artery and from it tributaries radiate. Graves nearest the main road, closer to the entrance on Phillips Street, are far more ornate and better maintained. They are together in a discernible cluster but with enough space between to show respect. These streets are homes of many old families — Sucre, Nahous, Bermudez, de Verteuil, de Gannes, Borde. They rest in mausoleums and gated tombs with loving inscriptions on marble tombstones. There are husbands next to beloved wives, children next to parents, enclosed tombs with chairs and spent candles, once lit by visiting relatives. Stray dogs and homeless men make new homes in tombs whose gates have long rusted, presumably owned by families who have died out or migrated, leaving no one to tend the final resting places of their ancestors.

I pass these by because I know that we are not there. We are not there amongst the great stone tombs and the rusted metal gates and the marble that has seen better days. We are not there in the places with spires and melted down candles and rosary beads hanging. There are no statues of the Virgin where we are.

Further in, along the narrow streets that radiate from the centre of the cemetery, the headstones become more modest. There are graves marked by white marble with inscriptions in Chinese and, in another corner, one that commemorates an ancestor who came from India many years ago. Names like Williams, Evans, Sepoy, Rajpaul start to appear. Concrete headstones separate the graves, some recently painted white. Plain, wrought iron gates either hang off the hinges or are firmly erect, clearly regularly tended by family members. But we are not there either.

Furthest from the entrance, on the side nearest to the ice factory on Ariapita Avenue the graves are overgrown and have few headstones. Those that do, have only numbers, no names. The plots are smaller and choked with weeds. Purple ‘Wandering Jew’, perhaps once confined to one grave, now spreads over several. There is the occasional white rum bottle – tribute to the dead – and modest concrete headstones, where they existed, are small with a few hand painted words: Our Beloved, Our Mother. In this part of the cemetery, life is jumbled and people rest almost one on top of the other. They are strangers hugging whispering strangers, their bones turning to dust together. They don’t stand on ceremony here.

Here, I know, is where our bones must lie — the bones of a bicycle repairman who wore a suit every day and shone his wife’s shoes until she could see her face in them; the bones of a mother who died delivering her last son and never left the house until all her babies had grown; the bones of a Shouter Baptist woman from Bequia who travelled to quite Point Fortin on a donkey to see the one she called ‘the Prophet’; the bones of a woman whose white family disowned her after her marriage, never once seeing the black children she brought into the world. There is no grave number that I can search for, no street number that can guide. I just know that, where the grass grows high, where the graves are unnamed, where the plots are small, this is Our Home.I walk amidst the graves to see whether my bones feel anything as I pass the place they are. But I cannot find them, no matter how still I am, how hard I look or how often I call their names while walking through the dead city.

What need is there then, I wonder, to maintain graves, to leave headstones as markers with pretty sayings, in a family where no one really ever dies? When every story grows in our bones and there are as many photographs of the dead as there are of the living; when you could easily be called by the name of your great-great grandmother in error as you could be called by the name of your sister or mother; when our lines of ancestry contract and flatten, become not vertical but horizontal so we all live simultaneously beside each other. For us there is no distant, winding line of descent. All are present. All are here.

I think of Neville, Marjorie, Fanny, Yolande, Irwin, Selwyn and Baby – all Garma’s grandchildren – coming here in their best clothes to visit their mother, Lily. The earth would have been freshly dug, perhaps the border around the plots would have been freshly painted, the plot weeded. A shiny wooden box would have been lowered as a father held his seven children and tried not to cry. They would have gathered again with Ms Mary, Old Daddy and others when Garma died, and again for Pal and Neville. The last time anyone mourned there was in the 1960s when Neville passed over. I could not help but wonder how soon we would all be gathered here again, when there would be another ancestor’s name to add to the prayer beads, another story to be woven into our family tapestry.

I turn and begin wending my way out, making a mental map to remember the way I have come. I may soon pass this way again. Fifty odd years is a long time and graves get lonely.

Linkedin
< Previous | Next >
We use cookies on our website to give you the most relevant experience by remembering your preferences and repeat visits. By clicking “Accept”, you consent to the use of ALL the cookies.
Cookie settingsACCEPT
Manage consent