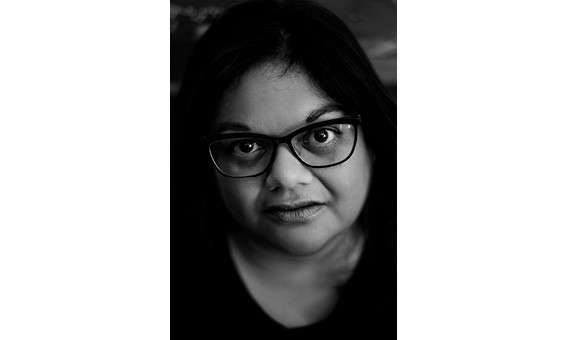 Ingrid Persaud from Trinidad and Tobago has won this year’s Commonwealth Short Story Prize for her story ‘The Sweet Sop’. The story was chosen from the five regional winning stories in this year’s Prize which received a record 6,000 entries.

‘The Sweet Sop’ is Persaud’s first short story. Terminal illness and the recent deaths of close family members fed into the work as did the true story of an assassination engineered by regularly feeding the victim poisoned Belgian chocolates. Death, terminal illness, chocolate – it all melted into ‘The Sweet Sop’.

The Chair of the judging panel, novelist Kamila Shamsie, said that “the judges were very impressed by ‘The Sweet Sop’s’ originality, the strength of its characterisation, the control of voice, and its humour and emotional punch. It loses none of its effectiveness on a second or third or fourth re-reading, always the mark of a rich and layered story.”

Born in Trinidad, Ingrid Persaud has also had lives as a legal academic, a trained visual artist and a project manager. Although she came to fiction later in life, she has always been preoccupied with the power of words, both in her academic work and then as a fine artist where she explored text as art. Through fiction writing she has finally settled into her intellectual home. If I Never Went Home, published in 2014, was Persaud’s first novel and she is currently working on her second. Her physical homes are Barbados and London which she shares with ‘The Husband, teenaged twin boys, a feral chicken and two rescue dogs.’

Persaud commented, “I am humbled to be this year’s winner. Thanks to the Commonwealth Foundation for promoting and encouraging contemporary writing. ‘The Sweet Sop’ is an intimate story that attempts to ask universal questions. I hope you enjoy it.”

The award was presented on 30 June at The Arts House, which was Singapore’s first Parliament House, by Singapore’s most prolific writer of English fiction, Ms Catherine Lim.

Also present were the other four regional winners: Akwaeke Emezi for ‘Who is Like God’, Anushka Jasraj for ‘Drawing Lessons’, Tracy Fells for ‘The Naming of Moths’, and Nat Newman for ‘The Death of Margaret Roe’.

In its sixth year, the Prize is for the best piece of unpublished short fiction in English. It is judged by an international panel of writers, representing each of the five regions of the Commonwealth. Joining Kamila Shamsie on the judging panel were Zukiswa Wanner (Africa), Mahesh Rao (Asia), Jacqueline Baker (Canada and Europe), Jacob Ross (Caribbean) and Vilsoni Hereniko (Pacific).

“The Prize is at the heart of all the work we do at Commonwealth Writers. It’s a chance for new voices to shine from around the commonwealth and be recognised on a global platform. Some of the writers may have come up through our craft development initiatives, some may have discovered a love for writing after years in an alternative career, others may be professional writers, but what they all have in common is a passion and a commitment to writing stories that are moving, enlightening and make people sit up and listen.

“Ingrid Persaud’s winning story, ‘The Sweet Sop’, has a fresh and unique voice that immerses the reader into the complexities of father and son relationships. A fine balance between humour, poignancy and sticky negotiations, we are delighted that this talented writer has received the recognition she so rightly deserves for this, her first short story.”

‘The Sweet Sop’ can be read on Granta online through Commonwealth Writers’ partnership with Granta magazine. The 2017 Prize is supported by The Jan Michalski Foundation for Writing and Literature.

The 2017 Commonwealth Short Story Prize Awards are supported by The Arts House and the Holiday Inn Express Singapore Clarke Quay.