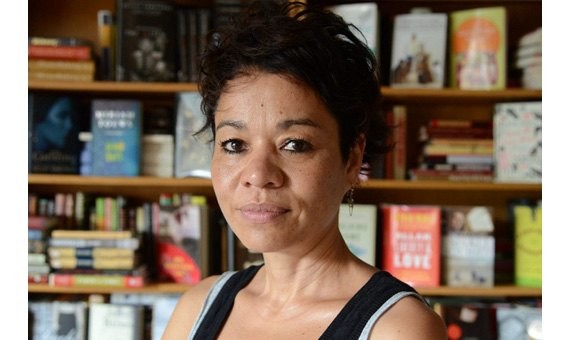 The winners of the 2018 Eccles British Library Writer’s Award are the novelist and short story writer Stuart Evers, and the author, librettist and screenwriter Tessa McWatt, who is also a Trustee at Wasafiri.

Evers will be researching his novel, THE DISAPPEARANCES, the story of Thomas Lodge, and his determination to write the definitive account of history’s most confounding disappearances. Lodge has dedicated his life to researching and solving cases that have baffled experts for decades. But what becomes The Disappearances is far from the book he intended to write – and with the past closing in on him, presenting clear parallels with his own experience, Lodge finally leaves the library and heads out into the real world. There he will confront what he has lost, and come to terms with how it came to disappear.

McWatt will be researching a memoir entitled, POROUS: A MEMOIR OF RACE AND STORIES, in which she will set out to explore the hybridity of her racial and cultural heritage, and to try to understand the social whiteness, political blackness and cultural duality of the privilege she has. The book will trace the history of her ancestry by embracing and undermining race at the same time, by tracing her heritage through investigating the factual context for the mythical family tales in a trail of DNA from Britain, Europe, Africa, India, China and the indigenous people of British Guiana.

The connection with the Eccles Centre will allow Evers and McWatt both quietly to research their projects in the great surroundings of the British Library, and to use the Centre’s programme and networks to engage with other researchers, students and members of the public.

Acting Head of the Eccles Centre, Dr Cara Rodway, says, ‘in awarding the 2018 Eccles British Library Writer’s Award prizes to Stuart Evers and Tessa McWatt the judges have once again demonstrated that the British Library can support creative and original research. With projects which are set to range across the US, Canada and the Caribbean, this year’s award highlights the breadth and depth of the Library’s wonderful collections on North America, and their immense value in providing a foundation for writers of enormous talent. The prizes will offer these 2018 holders the chance to explore the trans-Atlantic and global themes through the unique resources of the British Library, and the projects undertaken by Stuart Evers and Tessa McWatt, as with the work undertaken by the previous 12 award holders will, in the future, guide readers through the wonderful and surprising materials which can be uncovered in the British Library’s collections.’

The judges for the Award this year were Professor Sarah Churchwell, Professorial Fellow in American Literature and Chair of Public Understanding of the Humanities at the University of London’s School of Advanced Study, Richard Carwardine, formerly President of Corpus Christi College, Oxford, Dr Cara Rodway, Acting Head of the Eccles Centre, Catherine Eccles literary scout and granddaughter of David and Mary Eccles, who endowed the Eccles Centre for American Studies at the Library in 1991 and Dr Mercedes Aguirre, Lead Curator for the Americas at the British Library. Such was the high standard of submissions for this year’s award, that again, two awards were given.