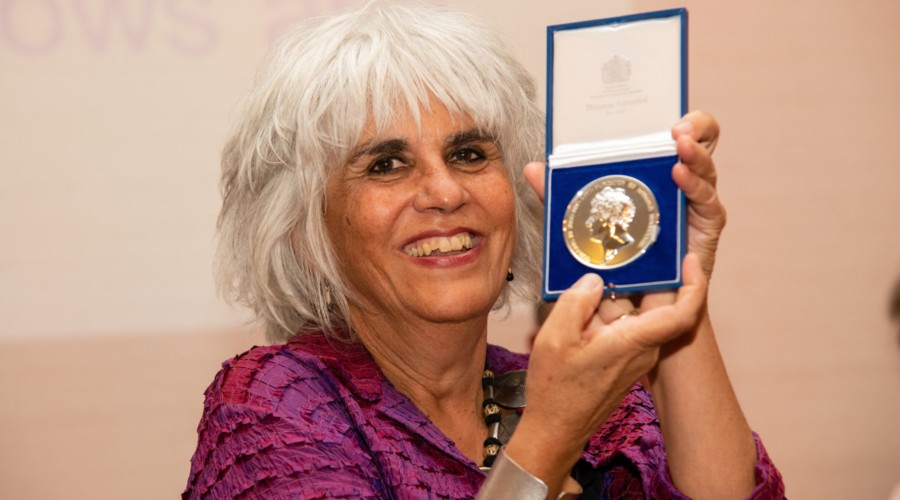 Established in 1916 by RSL Fellow A.C. Benson, the prize honours ‘meritorious works in poetry, fiction, history and belles lettres’, and is awarded in recognition of an outstanding career and lifetime’s contribution to literature. The award is open  to writers as well as those who have worked to support and promote literary culture.

In their remarks on choosing Susheila for the award, the RSL cited her commitment to seeking out and building a new field of writing through her leadership of Wasafiri and her many publications in the field of Caribbean, black British and South Asian literature.

We at Wasafiri are excited and honoured by this tribute to Susheila and the magazine’s impact, which coincides with our 35th anniversary year and heralds the publication of the 100th issue of the magazine this autumn, a special birthday anthology, and a festival of literature ‘An Island Full of Voices: Writing Britain Now’, to be held at the British Library in November.

‘Susheila Nasta’s exceptional contribution … has long been recognised by those of us at Wasafiri who know this intimately,’ said our Board co-Chair, Tessa McWatt. ‘We’re thrilled that that the RSL has honoured her in this most deserving of ways’. ‘It is wonderful news,’ said Romesh Gunesekera. ‘It brings her work and the magazine centre stage at this important and historic moment. The Benson Medal is perfect for this Wasafiri anniversary.’

Susheila is currently editing a new book of essays, Brave New Words: The Power of Writing Now (Myriad Books, forthcoming November 2019) and has recently completed compiling, with Mark Stein, The Cambridge History of Black and Asian British Writing (CUP, forthcoming).  She is hoping to work on her group biography, The Bloomsbury Indians this year.