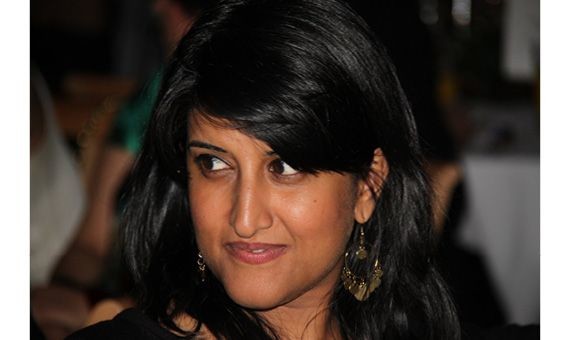 Susheila Nasta and the Wasafiri team are delighted to welcome Rukhsana Yasmin, an outstanding publishing professional who has recently joined us as Deputy Editor.

Rukhsana has an impressive track record across different aspects of the publishing industry, with over ten years’ experience with renowned publishers, Saqi and Profile Books. In 2012, she was awarded the Kim Scott Walwyn Prize for Women in Publishing, and named as a Bookseller Rising Star in 2014. As Alison Donnell, Chair of the Board and interview panel commented: ‘Rukhsana was an outstanding candidate in a strong field. She has a real commitment to the work of Wasafiri and a clear vision for its future; her success is well deserved and we are very lucky to have her’.

‘Rukhsana is someone who will make a difference to publishing in the next decade.’ (Andrew Franklin, Managing Director, Profile Books). Her professional story is inspirational.

‘I began as a scientist, studying physics and radiation physics but I was moved to make a difference in publishing after being struck by the lack of children’s books with black or Asian characters – my son was five when he coloured in brown, a picture of a blonde, blue-eyed boy in a book he’d been given. This compelled me to seek out a career in literature. I’m thrilled at the opportunity to work with pioneering and founding editor, Susheila Nasta, who has been doggedly committed to seeking out new and emerging international, and BAME writers for over thirty years. And I hope, in some small way to contribute towards discovering a new generation of writers from the diaspora and from writers in pockets of the world where their voices are not heard widely enough.’