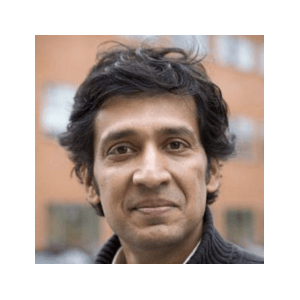 Tabish Khair was educated mostly in Bihar, India. After working as a journalist for The Times of India in Delhi, he joined academia in Denmark via the usual immigrant process of washing dishes, painting houses etc.

His publications include the studies, Babu Fictions (2001) and The Gothic, Postcolonialism and Otherness (2009), the anthology Other Routes: 1500 Years of African and Asian Travel Writing (2006), the novels The Bus Stopped and Filming (2004, 2007) and the poetry collection, Where Parallel Lines Meet (2000).

He is the recipient of numerous awards including the All India Poetry Prize and has published in journals and magazines in India, Britain, Denmark and elsewhere, such as The Times of India, Biblio, The Guardian, New Statesman and Politiken.

Tabish Khair joined the Wasafiri board in 2007. Visit Tabish’s website at www.tabishkhair.com.