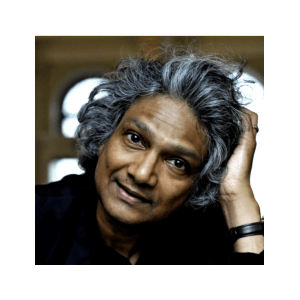 Romesh Gunesekera grew up in Sri Lanka and the Phillipines before moving to England in 1971. He is the author of various novels and short stories. After the 1992 appearance of his first novel Monkfish Moon, he went on to publish Reef (1994) which was shortlisted for the Booker and The Sandglass (1998). Both novels have won him several prestigious prizes, including the inaugural BBC Asia Award for Achievement in Writing and Literature.

In 2004 he was elected Fellow of the Royal Society of Literature and with novels, The Match and Noontide Toll published in 2006 and 2014. He lives in London.