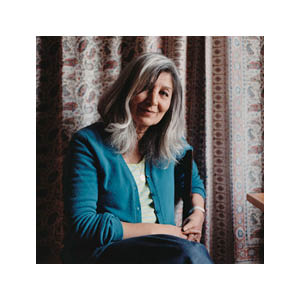 Mimi Khalvati was born in Tehran, Iran, grew up on the Isle of Wight and went to the University of Neuchâtel in Switzerland. Having worked both as an actor and director in Britain and Iran, Khalvati founded Matrix, a women’s experimental theatre group and was co-founder of Theatre in Exile.

She is a tutor at both the Poetry School in London and the Arvon Foundation. Mimi also teaches Creative Writing in North America and Britain. Her latest publication is New and Selected Poems published by Carcanet.