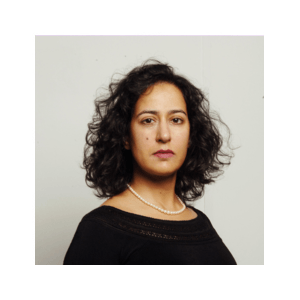 Maya Jaggi was formerly Literary Editor of Third World Quarterly. She is a well known and highly respected feature writer and lead reviewer on international literature for The Guardian.

She has written widely for publications including the TLS, The Observer, Financial Times and Index on Censorship and has contributed to BBC radio programmes including Front Row, Off the Page and The World Tonight. She has twice been named National Newspaper Writer of the Year in the Race in the Media Awards (1996 and 1998) and feature writer of the year at the EMMA awards (1998 and 1999).

Some of her literary profiles appear in Lives and Works (2002) and her introduction to Chinua Achebe’s Anthills of the Savannah appeared in the 2001 Penguin Modern Classics edition. She has also been a judge on various literary prizes such as the David Cohen and Orange prizes, and has been an Advisory Board member of Wasafiri since 1991.