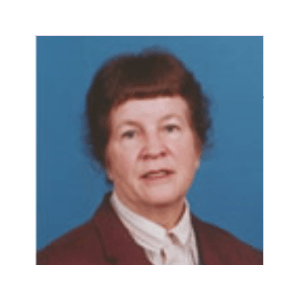 Lyn Innes is Emeritus Professor of Postcolonial Literatures at the University of Kent, Canterbury. Born and educated in Australia, she moved to North America and developed her interest in cultural nationalism, focusing on Irish, African, African American and Caribbean literatures.

At the University of Massachusetts, Amherst, she worked with the Nigerian novelist Chinua Achebe, and became associate editor for the journal founded by Achebe, OKIKE: An African Journal of New Writing. She also co-edited two volumes of African short stories with Chinua Achebe.

Her publications include The Devil’s Own Mirror: the Irish and the African in Modern Literature (1990); Chinua Achebe (1990); A History of Black and South Asian Writing in Britain (2002, 2008); The Cambridge Introduction to Postcolonial Literatures in English (2007) and Ned Kelly (2008).

She is currently editing the three autobiographical narratives written by Francis Fedric, a fugitive slave who lived in England 1857-65, and researching the history of black and Asian writers and artists in Ireland. Lyn Innes has been on the Board of Wasafiri since 1984.