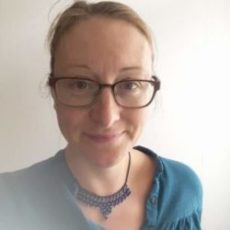 Lizzy Attree is the co-founder of the Safal-Cornell Kiswahili Prize for African Literature. She has a PhD from SOAS, University of London and Blood on the Page, her collection of interviews with the first African writers to write about HIV and AIDS from Zimbabwe and South Africa, was published by Cambridge Scholars Publishing in 2010. She is a Director on the board of Short Story Day Africa and was the Director of the Caine Prize from 2014 to 2018.

In 2015, she taught African literature at Kings College, London and has since taught at Goldsmiths College and now teaches World and Contemporary London Literature at Richmond, the American International University in London.

She is the Producer of ‘Thinking Outside the Penalty Box’, an African Footballers project partnering with Chelsea and Arsenal, funded by Arts Council England and supported by the Poetry Society, and a freelance writer, reviewer and critic.