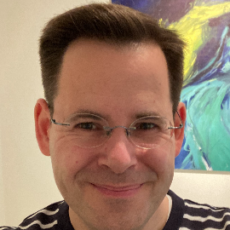 Florian Stadtler was formerly Wasafiri‘s Reviews Editor. He currently works at the University of Bristol as a Lecturer in English with Migration Mobilities Bristol. He has also published extensively on South Asian British history, including the case of Udham Singh, Aubrey Menen, South Asian soldiers in the First and Second World Wars, and South Asian seafarers. He has edited special issues for Wasafiri: The Magazine of International Contemporary Writing – India in Britain: Cross-Cultural Encounters, which highlights the vibrant South Asian publishing culture of 1930s-40s Britain; and a special issue on Writing Hong Kong (co-edited with Jeffrey Mather). He is currently completing the editing of a major new collection of essays for Cambridge University Press, Salman Rushdie in Context.