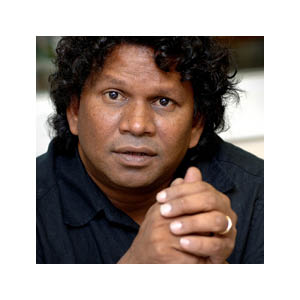 David Dabydeen is a writer, critic and historian who first became known for his prize-winning collection of Creole poems, Slave Song (1984). His first novel, The Intended, was published in 1991 followed by Disappearance (1993) and The Counting House (1996).

A Harlot’s Progress (1999) continued Dabydeen’s interest in art history after he published his long poem Turner (1994), which revisits Turner’s painting The Slave Ship. In 2004 he received the Raja Rao Award for Literature and in 2008 he published his latest novel, Molly and the Muslim Stick, receiving in the same year the Anthony Sabga Prize for Literature.

He has written and presented for radio and television and is also Guyana’s Ambassador-at-Large and a member of UNESCO’s executive board. He currently teaches at the University of Warwick where he is Director of the Centre for Caribbean Studies. Dabydeen has been an active supporter of Wasafiri since 1985.