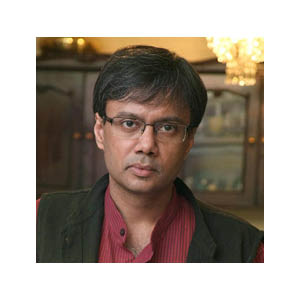 Amit Chaudhuri was born in Calcutta and has published several prize winning novels as well as works of literary criticism.His work frequently appears in well known journals across the globe.

His most recent publications include a collection of essays, Clearing A Space: Reflections on India, Literature and Culture (2008), the collection of poetry, St Cyril Road and Other Poems (2005) and the volume of short stories Real Time (2002). Earlier novels such as A Strange and Sublime Address (1991) and Afternoon Raag (1993) won various prizes including the Commonwealth Writers Prize for Best First Book and the Southern Arts Literature Prize.

Also a practising musician, he is currently a Professor in Contemporary Literature at the University of East Anglia and has been on the Advisory board of Wasafiri since 2006. Visit Amit’s site.