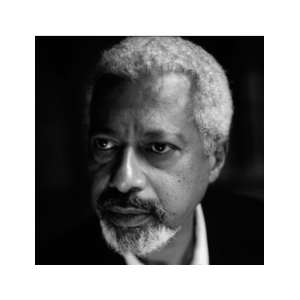 Abdulrazak Gurnah has contributed to the development of Wasafiri from the beginning, working as a contributing editor since 1987.

Born in Zanzibar, he left in the late 1960s and migrated to Britain. His first novel Memory of Departure, was published in 1987 and was quickly followed by Pilgrim’s Way (1988) and Dottie (1990). His 1994 novel Paradise was shortlisted for the Booker Prize for Fiction. Admiring Silence (1006), By the Sea (2001) and Desertion (2005) were followed by his most recent novels, The Last Gift (2011), Gravel Heart (2017), and Afterlives (2020). Gurnah is Professor of Literature at the School of English, University of Kent, Canterbury, and has edited two volumes of critical work entitled Essays on African Writing: A Revaluation (1993) and Essays on African Literature (1995). He has also published on Wole Soyinka, V S Naipaul and his latest edited work on Salman Rushdie was published in 2007.

In 2021, Gurnah won the Nobel Prize for Literature, ‘for his uncompromising and compassionate penetration of the effects of colonialism and the fate of the refugee in the gulf between cultures and continents.’

You can read an interview with Abdulrazak in Wasafiri 100. From the introduction, by Razia Iqbal:

In many of his novels, he grapples with subjects as connected and various as the immigrant experience, belonging and longing, displacement, memory and colonialism. His contribution to that discourse is both particular and universal. His concern to tell beautiful and profound stories about the shadows cast on characters whose lived experience is informed by those realities existed years before all these issues became preoccupations of today’s world.