My Father’s War by Paola Trimarco 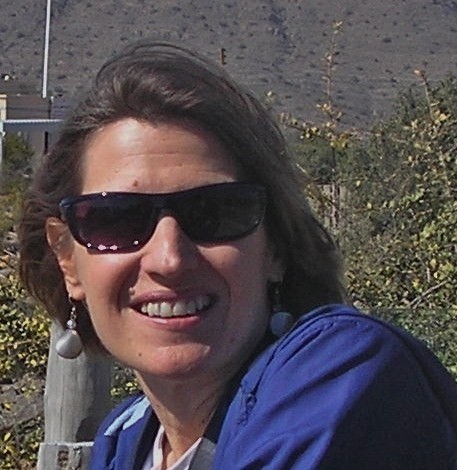 Paola Trimarco is a writer and linguist. Her short stories and essays have appeared in several literary magazines and her stage plays have been performed at London’s King’s Head Theatre and Arts Theatre Cambridge Studio. She has recently authored Digital Textuality published by Palgrave Macmillan.

This is not a story about the Second World War as told by a boastful American father to his children. My father rarely talked about the war. When he did, he usually made it sound as if he were on holiday. ‘Yeah, I was in Paris during the war — saw the Eiffel Tower, the Arch de Triumph … ’ his over-loud voice would fade from my half-listening ears. I never pressed him for more information. I should mention at this point that, as a general rule, I did not ask my father anything that could possibly wind him into a lecture. My father was loud, brash and painfully blunt. And I especially stayed clear of the topic of the war. Perhaps it was my own childhood tendency to avoid embarrassment, especially for myself, but also for selected others. If there is one word that would describe my father’s war experience, it was ‘embarrassment.’

My mother had explained it to me and my siblings: my father only fought for two months in France, experienced shell shock and was sent to a ‘mental hospital’ in England for the remainder of the war. That was the story I heard several times, not only in my Chicago childhood, but later in my adult life when visiting family. It was a credible version of events, confirmed in my mind’s eye by my father not talking much about the war and the way he spoke about it on occasion. Other things also fitted into this picture of my shell shocked father in Europe. When I moved to Britain as an adult, he shared with me his fond memories of England during the war, waxing on about the long summer days, where the sun wouldn’t set until nearly 10 o’clock. Of course, he did not tell me exactly what he was doing in England. I assumed he was too ashamed. But my imagination filled in the blanks and I envisaged him as a younger man with pitch black hair sitting up in a hospital bed looking out of a window from across a drab room, surrounded by traumatised soldiers, crying and mumbling to themselves. And then, of course, there were my father’s high-volume vocals, his anger at the slightest thing, his difficulties making eye contact — it all made sense given what my mother had told us and the little I knew about post-war traumatic syndrome.

Understanding my father’s personality against the backdrop of his wartime experience made me pity him at times. But these were feelings I would not dare share with my mother, who made the divorcee mistake of ridiculing and condemning her ex-husband in front of his children. His larger-than-life personality and time spent as a coward in a ‘loony bin’ had turned my father into the butt of jokes, an undesirable, and to show any sort of sympathy would have been a betrayal and put me out of Mother’s favour.

It was not until I was in my late forties that another version of my father’s time in the war emerged. In his mid-eighties, my father suffered various ailments and, unable to care for himself, moved in with one of my brothers. My brother’s family not only had to deal with caring for my elderly father, but also had to accommodate his many boxes of letters, postcards (mostly from my overseas adventures) and baseball memorabilia accumulated over a lifetime. Amongst these boxes my brother found one which contained my father’s honourable discharge papers from the US Army — along with his medals! He had earned three bronze stars for fighting in major battles in Normandy and citations from the French and post-war German governments. In the months following this discovery, my brother researched my father’s wartime history using his army identification number, archives from the American Veterans Association and various US government websites. In the meantime, my father broke his hip and was admitted to a care home in suburban Chicago.

From my brother’s research, I learned that my father had been a private in an infantry division known as the Indian Heads. Far from being a two-month sojourn, my father spent four years serving his country. He had enlisted at the tender age of nineteen, I imagine in order to have meals and a pay cheque (his impoverished family with nine children had emigrated from Italy in the 1920s). His troop arrived the day after D-Day at Omaha Beach, where over 3,000 corpses lay. The Indian Heads went on to see battle at Tremayne, St Lo and Brest before zigzagging back across Normandy to enter Belgium, arriving in Germany in the final weeks of the war. In Germany, my father spent two years involved in the post-war clean-up and rebuilding. I cannot imagine now the horrors he must have witnessed, but this knowledge has made me recall one of the rare war stories my father had told me and to which I was probably only half-listening and later deselected from memory. One day he told me that one of the worst things about war was going into people’s abandoned and bombed out homes and seeing artefacts of their ruined lives — the family photographs, the books and plates, the children’s toys.

Given that my husband and I live in Cambridgeshire and were just a Eurotunnel journey away from the historic beaches, we decided to spend the following Easter weekend retracing some of my father’s trail. This act in itself was far out of character for me. While I am interested in history and the strategies of wars, going to the Normandy beaches, especially those where the Americans had landed, is something I would have thought too cringingly patriotic and, still protecting myself from embarrassment, something I would have never had thought to do. But there I was taking photos of the beaches, the maps and displays at the museums, the American cemetery and, much to our delight, the monuments and references to the Indian Heads. I put a selection of photos and maps into a ringed folder to send to my father with a postcard paper-clipped to the top. It was a black and white postcard of Omaha beach which showed troops walking up a hill, the Indian Head insignia clearly displayed on their arms.

Some six months later, I visited my father. He was confined to a wheelchair and despairingly thin. Even though he was frail, he was still talkative and direct in his speech, but the volume had lowered, as if it were diminishing with his liveliness. In his portion of the shared room, his small ration of wall space had a display of his army medals that my brother had framed. Next to that was a cork bulletin board with various mementos, including the Omaha Beach postcard. That turned out to be the last postcard I ever sent him. He talked a bit about the war, pointing out the citation from the German government with vague expressions — ‘a difficult time’ and ‘a lot of work.’ He glanced over at the postcards and said ‘You know, it looked just like that.’ I was all ears. I waited for more, but he changed topic, entering into some banality about the care home.

With the research on the Indian Heads in the Second World War, we discovered that my father had never been in Paris during the war. But that’s not to say that perhaps he visited the French capital as off-duty soldier when he was stationed in Germany. I suspect my father’s merging of wartime France with a touristy France was a deliberate conflation on his part. But I don’t know how much these restructured memories were for the benefit of his children or for himself, some way of making the war palatable in its retelling.

My brother’s research also uncovered army medical records. These showed that my father had never been in a psychiatric hospital in England or anywhere. His only time in a hospital as a soldier was a two-week stint ill with the flu. My father’s unsociable behaviour may have had something to do with the war. Some family, myself included, think my father may have been somewhere on the Asperger’s spectrum, which would also explain his photographic memory for statistics. Whatever the underlying cause of his manner, it is ironic that someone so garrulous and seemingly unabashed chose to remain silent over the one thing that he probably needed to talk about.

My mother’s storytelling was cruel. And unfortunately did not only apply to her ex-husband. Over the years individual adult children became the victims of her malevolent imagination. When she died a few years ago, at her own request, my mother did not have a funeral, but a couple of my siblings had arranged a memorial service. I did not attend. Eleven months after my mother’s passing, my father died peacefully in his sleep. I often imagine his death and wonder if, drifting in and out of consciousness, he may have glanced up at his medals and the postcard one last time. I only had four days’ notice, but managed to get from Cambridgeshire to Chicago, arriving during one of the city’s notorious snowstorms, to attend my father’s funeral.