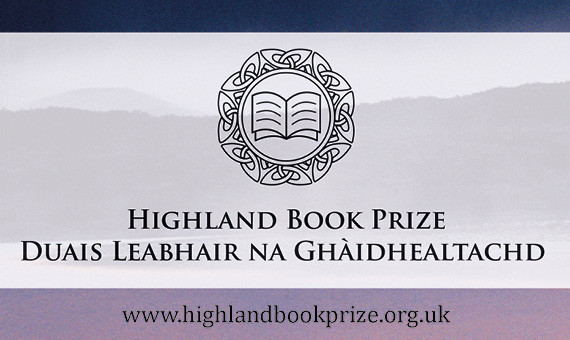 New UK book prize will recognise and reward great literature from the Highlands.

A new book prize, established this year, will celebrate the finest work that recognises the rich culture, heritage and landscape of the Highlands. The Highland Book Prize aims to showcase the literary talent of the region and to raise the profile of work created in or about the Highlands.

Presented by the Highland Society of London, The Highland Book Prize will be facilitated by Moniack Mhor Creative Writing Centre and Ullapool Book Festival, where the winner of the inaugural prize will be announced in May 2018. The winning entry will receive a cash prize of £1000 and a place on a writing retreat at Moniack Mhor.

“This is an invaluable opportunity to recognise and showcase the breadth of talent in the Highlands. The north of Scotland provides a rich resource from which to draw inspiration, not only from the landscape but from the culture and heritage and I look forward to seeing this celebrated in the submissions for the prize.”

The prize will be awarded for the best work published by a UK based publisher in 2017, with a longlist announced in December 2017. Although the work will be submitted by publishers, the organisers hope to engage the public through social and traditional media during the selection process. The judging panel will announce the shortlist in April 2018.

Duncan Byatt, president of the Highland Society of London added:

“I am delighted that the Highland Society of London is collaborating with Moniack Mhor and the Ullapool Book Festival to launch The Highland Book Prize. This continues the Society’s long and successful work to promote and support the traditions and culture of the Highlands of Scotland. In working with two such preeminent organisations based locally, we hope that this annual Prize will raise the awareness and enjoyment of literature written in and about the Highlands.”

By working with local independent bookshops, we hope to bring the longlisted titles to as wide a readership as possible. The prize will also create opportunities for the authors to engage in literary activity such as readings, signings and delivering workshops.

The winner of the prize will be announced at the Ullapool Book Festival in May 2018.  Joan Michael, Chair of the Book Festival committee commented:

“We are delighted to see a new book prize with the Highlands at its centre. Ullapool Book Festival is very excited to be hosting the presentation of the Highland Book Prize as one of the sessions at our 2018 festival on the weekend of 11 to 13 May.”