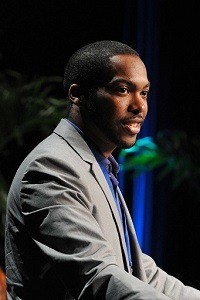 Richard Georges is a writer, editor and lecturer in the British Virgin Islands. His poetry has appeared in Smartish Pace, sx salon, Barrelhouse, The Caribbean Writer, Wasafiri and elsewhere. In 2016, he won the Marvin E Williams Literary Prize from The Caribbean Writer.

can lull your little one
to dream

to swim through the thick night
like darting barracuda.

When the morning
leaves us to ponder
the silt at the bottom of our cups,
the dregs are a remembrance
that cannot be drained.