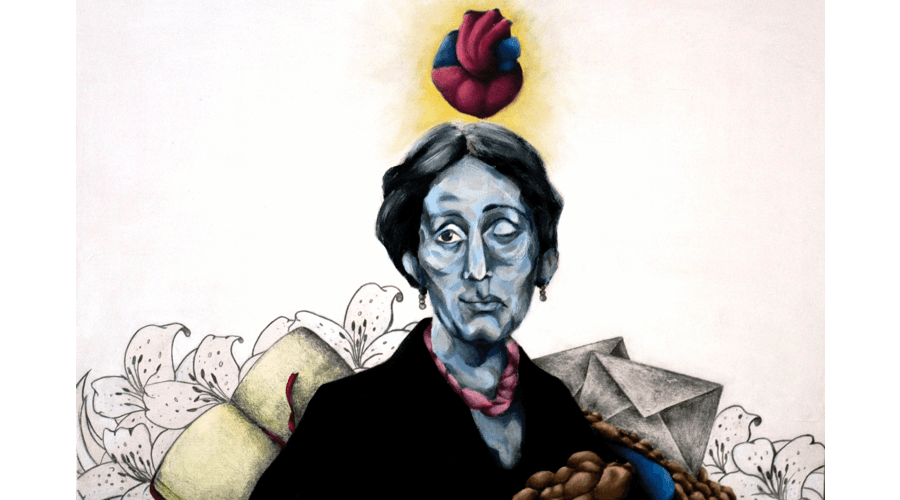 A space that can be occupied or where something can be done.

The first conversation took place in the university Council Chamber seven years ago. A Professor of Literature, the author of many books, was being honoured, although I wasn’t sure exactly why. He was dressed for the occasion in a rumpled suit, yet he was an imposing figure all the same. He had a grey bush of a beard and eyebrows that resembled wings. I forget the title of his best-known publication at the time, but I think it had something to do with post-structuralism. I was winding my way through the intellectual crowd – the only woman of colour at the occasion as usual – towards the food table at the back. The food at these affairs was fairly elaborate: smoked salmon, cold meats, tartines, croquets, puff pastries, that sort of thing. My usual lunch was a £1 veggie samosa from the university shop or nothing, so the catering was a key attraction. Anyway, I found my pathway suddenly blocked by the star of the occasion. The Professor was regaling his chums about a keynote speech that he had delivered.

As he gesticulated to emphasise a point, he elbowed me in the ribs, and slopped wine onto my best trainers, purchased long before, back when I earned a good income. He apologised, and apologised some more over his wine glass, and when he’d finished, asked: ‘Who are you? What are you studying?’

I told him that I’d finished studying some time ago, and that I was in fact teaching in the same department as him. My answer seemed to come as a surprise.

‘Really?’ His voice seemed to echo around the high windowless walls, ‘What are you writing?’

I explained that my writing was pretty much on hold due to my commitments preparing seminars and lectures, marking papers and looking after my four-year old. I didn’t let on about the broader chaos: spare rooms, makeshift beds, clothes in the car, waits in Law Centres. I didn’t let on either that much as I loved teaching, I was planning to ditch academia at the end of the year. Zero-hours contracts, I’d decided, were better suited to young people with inheritances.

‘Have you read Virginia Woolf?’ he said.

‘Some…Orlando. Mrs Dalloway. To The Light…’

‘You must read Woolf,’ he interjected. ‘And if you want to write, you must read her essay, A Room of One’s Own. It’s one of the most extraordinary texts of the twentieth century. Every woman must read it.’

The Professor turned back to his friends and that was the end of our conversation. When I reached the food table, I found the platters had been emptied.

A doctor ushered me into the small hospital room earlier this year and asked me to sit down. I knew the drill. The slow careful words, the slight awkwardness, the chronology of events relayed in a medical language, some of which I understood, much of which I didn’t. The scene was familiar from the movies. Except the doctor was a black Antiguan woman. And after I was led to a curtained cubicle where my mum lay motionless on a hospital bed, and after I’d held her hand, I walked – or drifted, perhaps – into a warm night breeze and the sound of chirping crickets.

In the morning, after the woman who’d called the ambulance had explained how my mum tek one sup of Milo and she head roll to one side, I lay motionless on a sun lounger at a villa near Long Bay. I watched my daughter Zora swimming with my young nieces in the pool. The surrounding villas were uninhabited. Some were still partly built. A beach below was deserted. Zora emerged from the pool, dripping water onto me and said: ‘Grandma was monumental, wasn’t she?’

My mum Iva Eloise Williams was born in the village of Swetes in Antigua, the daughter of Irene Williams, a schoolteacher, and Ernest Emmanual Williams, a trades union leader. Mum landed the nickname ‘Leonardo’ growing up, after the Renaissance painter. She was rarely seen without a sketchbook in her hands. She liked to sit on the porch step to draw the flowers in the yard, hibiscus, bougainvillea and poinsettia. Local people would stop by to look at her drawings and praise her genius. In 1960 at the age of 16, she left Antigua for the Mother Country. I expect she had high hopes for her new life in Britain…

Claire Hynes is a lecturer in Literature and Creative Writing at the University of East Anglia. She writes fiction, non-fiction, memoir and theatre monologues. Her work includes ‘In Her Hair’ which was listed for a Bath Short Story Award (2014) and ‘How It Feels to Be, Black Me‘, published in Lighthouse literary journal (2019).

Room is published in full in our forthcoming issue, Wasafiri 103 – featuring a special section on ‘Writing Whiteness’ – which you can purchase here.