Writing Whiteness: Performance Art for The End of the World by Chris Tse 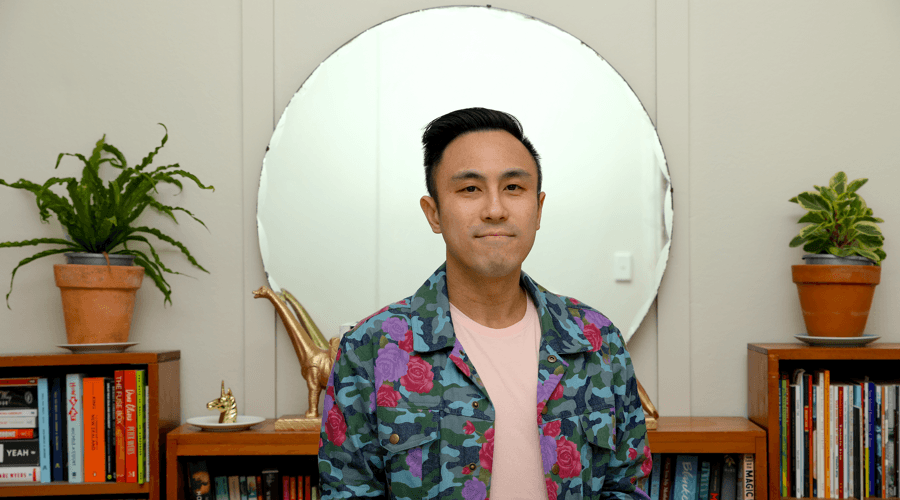 By Wasafiri Editor on September 5, 2020 in Poetry

a crowd gathers around an empty frame

suspended from the ceiling / some see the

face of their saviour / others find

themselves lost in a tunnel / those at the

front with their chequebooks at the ready

have the audacity to call it Art / they’re all

correct / but they’re also wrong to think a

price can be ascribed to something / we’re

only meant to talk about and not touch /

the crowd is given the option to replace the

frame with a mirror that only speaks the

reveals bad luck or a time of death / we can

understanding of what it means to be

willing to lay down our weapons / long

enough to notice the cracks in the ceiling  /

even the shortest histories take their time to

course correct / to slip against the hands

that direct it / but for many in the crowd

it’s easier to look through nothing at a

familiar than it is to stare an unknown

enemy in the eyes / it’s easier to carry on

with letters written in invisible ink / even if

/ these are the thoughts that keep me up at

night / the policies and quotas they hold up

as progress, which I’d generously call

white noise / and the realisation we all

emerge from the same chaos / slamming

headfirst into riot after riot / if we treated

of slamming fingers in doors then blaming

all fingers for provoking doors / heaven

allegedly waits in a sky that sounds like a

over who gets the remote / there’s a

correlation between a constant noise

designed to soothe and a puzzle we can’t

put back together / the crowd asks whether

we should all have a say in what deserves

to be safe in the frame / I’ve had too many

of these conversations under fluorescent

lights in offices and lecture theatres / on

stages before a paying audience / always

running the circuit of acceptable answers in

the wild clutches of self-preservation / it’s

noisy and getting tired of explaining why

your hands are always bloodied / the

crowd knows what I’m talking about / give

us a frame and we’ll show you what a

we go to sleep with emptiness / we wake

with our bodies filled with visions of every

Watch Chris Tse perform his poem on our Youtube Channel:

Chris Tse is a poet and writer based in Wellington, New Zealand. He is a graduate of the International Institute of Modern Letters, where he completed an MA in Creative Writing. He is the author of two poetry collections published by Auckland University Press: How to be Dead in a Year of Snakes and HE’S SO MASC. How to be Dead in a Year of Snakes was a finalist at the 2016 Ockham New Zealand Book Awards and received the Jessie Mackay Award for Best First Book of Poetry. Chris’ poetry and non-fiction have been widely published and anthologised in New Zealand and overseas, and he has appeared in festivals throughout New Zealand, Australia and the UK. Chris is currently co-editing an anthology of LGBTQIA+/Takatāpui writers from Aotearoa which will be published in 2021.

This poem is published as part of the online coverage for our latest issue, Wasafiri 103 – featuring a special section on ‘Writing Whiteness’ – which you can purchase here.