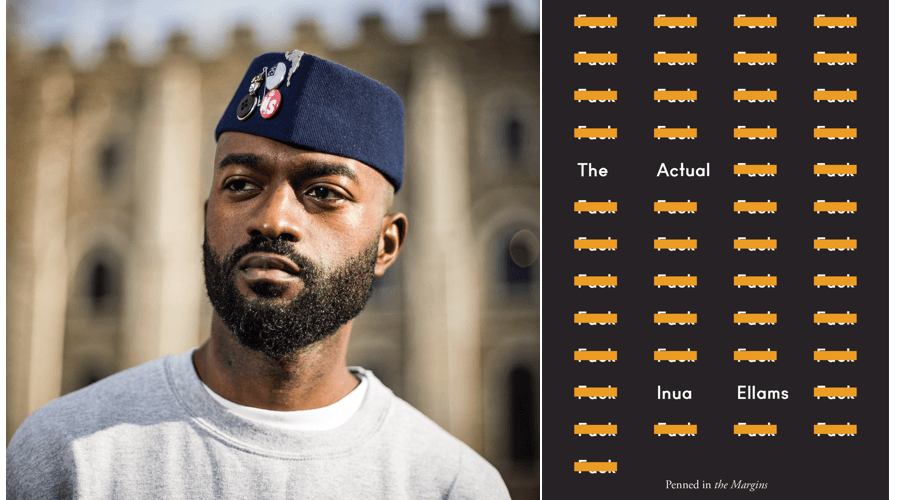 By Wasafiri Editor on September 7, 2020 in Poetry

One of the many myths perpetuated by British colonial governments and its systems of propaganda is that Empire existed not for the economic benefit of Britain but to civilise, Educate (and Christianise) primitive peoples of the earth. Colonisation is one of the many possible lenses through which this scene in Men In Black might be understood.

‘Tiffany’ could be a metaphor for the colonising mind itself, for White goodness and purity, straying into uncharted territories populated by wild sub-human muscular creatures. When in peril, armed troops storm the locality to pacify its primitives and make safe the territory for her continuing sanctified work, for her White saviour complex to fully express itself. Through that lens, Will Smith becomes an anti-colonialist, a wise hero, the lone rebel who sees through the vision of White purity, into its heart of darkness, and puts an end to it.

Perhaps I am reaching. Perhaps it is too farfetched to draw parallels with colonisation, but when I first saw the film, I completely missed the more obvious reading of trigger-happy law enforcement and White privilege. This is understandable. It came out in 1997 and the year before, in 1996, I discovered racism existed for the first time.

I left Nigeria in 1996 and on my first day in school in England, the racist and class bully, Mitchell, called me a ‘nig-nog’. I neither knew what he meant, nor the bigger word it emanated from. It had never touched me. Another White kid, Jack, walking alongside saw the questions in my eyes and was moved to explain that Mitchell’s insult was racist, that racism is bad, and that Black people should not stand for that. I had to understand quickly that I was Black and that there was nothing I could do to prevent being insulted for it. A few days later, the Black kids started telling me to stop acting White, which further compounded my confusion. I had just come from Africa and I was the darkest-skinned person in the class.

We moved to Ireland in 1999 and it took three years of living there to understand what the Black kids in England meant.

When I started schooling in Dublin, I was the only Black boy in my entire school. Ireland was so infantile in its race consciousness; it was deeply prejudiced and ignorant and didn’t even know it. Some teachers were surprised I could read. I’d step into classrooms or walk down corridors and fellow students would hurl insults and racist abuse at me. I began to develop a thick skin, always expecting to be antagonised. I’d begin conversations or interactions with my back up, shields up, slightly aggressively, leaning in to the potential threat, ready to be attacked. Years before, when I arrived from Nigeria, I had none of those airs. I ran around carefree, expecting doors to open, with all my shields down, without a care in the world, because in Nigeria, that had been my experience. The Black kids who told me to stop acting White in London meant that I should stop running around expecting to be respected. Those airs were reserved for White kids. This is White privilege, and when I watched Men In Black years later as an adult, I saw Tiffany through that lense and the poem began to grow.

The final emotional piece of the puzzle clicked in 2015 when I started training artists to become Midnight Run facilitators. I founded the project ten years before in 2005. The Midnight Run is a walking, arts-filled, night-time cultural journey through urban spaces. It gathers strangers to explore, play and create whilst the city sleeps. I wanted to train others in its methodology and after two weeks of call-outs, less that 10% of those who applied were Black Women. In conversation with the few who did, I discovered they believed the city was too dangerous, that should they find themselves in difficult situations, they had no faith in law enforcement to come to their aid. This poem is in hopes that a figure like Will Smith may inform them of the true ghouls of the night.

Born in Nigeria, Inua Ellams is a poet, playwright & performer, graphic artist & designer and founder of: The Midnight Run (an arts-filled, night-time, urban walking experience.) The Rhythm and Poetry Party (The R.A.P Party) which celebrates poetry & hip hop, and Poetry + Film / Hack (P+F/H) which celebrates Poetry & Film. Across his work, Identity, Displacement & Destiny are reoccurring themes in which he also tries to mix the old with the new: traditional West African oral storytelling with contemporary poetics, paint with pixel, texture with vector. His books are published by Flipped Eye, Akashic, Nine Arches & Oberon.

This piece is published as part of the online coverage for our latest issue, Wasafiri 103 – featuring a special section on ‘Writing Whiteness’ – which you can purchase here.

‘Fuck/Tiffany’ is from Inua Ellams’s forthcoming collection, The Actual, published this autumn by Penned in the Margins.