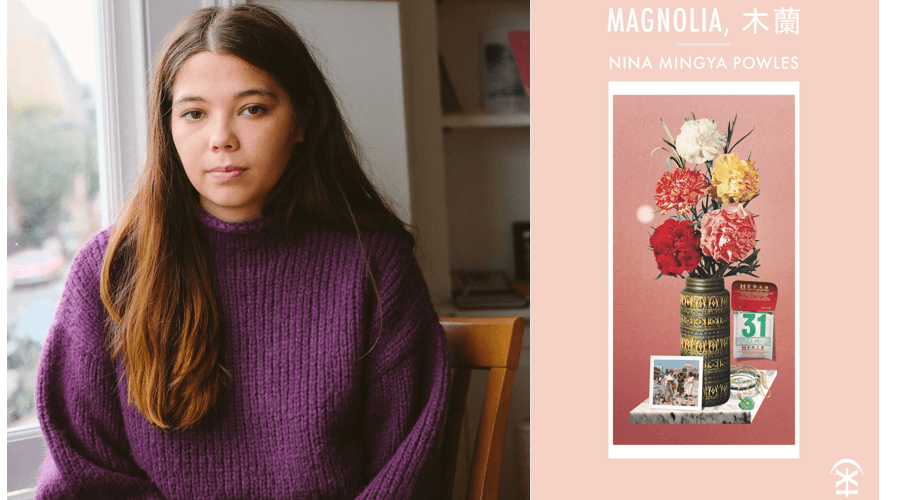 I am shaped by colonial islands. Aotearoa New Zealand on my dad’s side, and Sabah, Malaysia, on my mum’s side – formerly known as British North Borneo.

light changes as we cross into neon clouds

voices flicker through the moving dark

there are only dream mountains high above the cloudline

I come from a place full of mountains and volcanoes

I often say when people ask about home

when I shut my eyes I see a ring of flames

and volcanoes erupting somewhere far away

when I open my eyes snow is falling like ash

This poem feels like it’s from another world, and in a way it is. When I was a student in China, four years ago, I boarded trains often: mostly underground subway trains with shiny pastel-coloured plastic seats, the high-speed levitation train to the airport, and the slow, noisy night trains that curve between China’s inland provinces during the night. During this journey, one now fixed to the page inside the train carriage of this poem, I remember thinking, I have never felt so far from the sea.

I miss that feeling of being carried through the darkness towards somewhere new.

As I write this, Malaysia’s borders are still closed to foreigners, meaning no one in my family (all of whom are scattered between Singapore, Canada, and New Zealand, with various non-Malaysian passports) can visit my grandfather, who is 97, who is doing okay but hasn’t seen us in a long time. China’s borders are also closed to foreigners unless you have an existing work visa or are a wealthy businessman, meaning I’m not sure when I’ll next see my parents, who live in Beijing.

As I write this, a somewhat progressive political party in Aotearoa just announced one of their core election policies: halting immigration, with the exception of filling skills shortages. As if a human can only cross a border if they can prove economic value. As if this were simply ‘how things work’, so normal we can’t imagine any other way.

As I write this it’s come to light that the British government is ‘exploring options’ for detaining asylum seekers in facilities on remote volcanic islands in the south Atlantic, and on boats: floating camps. What does British mean? Discover an island, make a settlement, build a school, build a prison, colonise its waters.

I have never felt so far from the sea.

faraway love is a five-foot square

faraway love is made of layers of white

faraway love is where blue escapes under the lines

faraway love is a reversal of the traditional notions of work

faraway love is floating across a pale field

beneath a particular hue of sky

faraway love is strong, persistently irregular; it has a hand-drawn quality

an imperfect line traced over the surface

faraway love is translucent in the desert

into which she pressed lengths of shuddering

The colours of Agnes Martin’s paintings (peach, pale pink, sky blue, bleached white) make me think of the dappled tops of clouds and the ocean far beneath. From the plane window I look out for marks and disturbances dotted on the surface, like the white caps of waves and the outline of freight ships and the shadows of clouds, especially when the plane begins its descent towards the green, curved islands of my home.

People say all this will change how we live. The end of long-haul travel forever. Lately I’m filled with guilt over my longing for airports: overpriced ramen at the food court, flicking through magazines waiting for my boarding call, the way the scent and weight of the air changes as you descend down the airbridge towards the engine that will carry you home. Time is fixed and not slippery here; time is carefully allotted to you. The whole airport is built around the act of your waiting.

When driving out past the outer edges of the city towards the British countryside, I’m often struck by two things: ancientness (oaks, rivers, bones) and whiteness. Outwardly in these white spaces I blend into the landscape and no one questions my presence. Inside, I’m nowhere near home.

London is no utopia, but some days I can’t let it go. Even now, even as the days shorten. Even now, when museums and art institutions have slashed their workforces, leaving empty galleries filled with empty artworks. Even when I sat in an evening Mandarin class in a building near Euston with ten people who all admitted they voted for Brexit (they revealed this sneakily, eyes lowered but smiling). I can’t let go of my dream-version of London, the one my love first showed me through his eyes three years ago, his dream of a beautiful and chaotic city (a flower market, a poetry library, swimming ponds, the ghosts of ancient rivers running underneath us) which later became ours.

I never envisioned being a part of ‘British poetry’, which is itself a wild and changing landscape. At first I felt alone, peering in from the outside. But there are many of us here filled with faraway love. I follow a path cleared by great artists and writers who retrace their own borders: Saradha Soobrayen, Bhanu Kapil, Jennifer Wong, to name only a few. We tie English in knots, pull it apart, lay it at our feet.

What does this country mean to me? A colonial power, a BBC period drama, a patch of bluebells in a hundred-acre wood, a city built from the wealth earned by slaves, a place where people don’t want to know their own history. The place my great-great-grandfather was born and left for an outpost of Empire; the place my mum lived when she was a student in the 80’s. It’s paying £16 for a phone call to the Home Office to check my visa status. It’s a part of me even if I pretend it isn’t. A place where despite everything we keep dreaming of our own anti-colonial, anti-capitalist futures. I cling to the hope that, because we dream of them, these futures already exist.

Nina Mingya Powles is a poet and publisher from Aotearoa New Zealand, currently living in London. She is the author of several poetry chapbooks and zines, the food memoir Tiny Moons (The Emma Press, 2020) and the Forward Prize shortlisted collection  Magnolia, 木蘭 (Nine Arches, 2020). She runs Bitter Melon, a small press that publishes limited-edition pamphlets by Asian diaspora poets. She is currently working on a collection of essays.