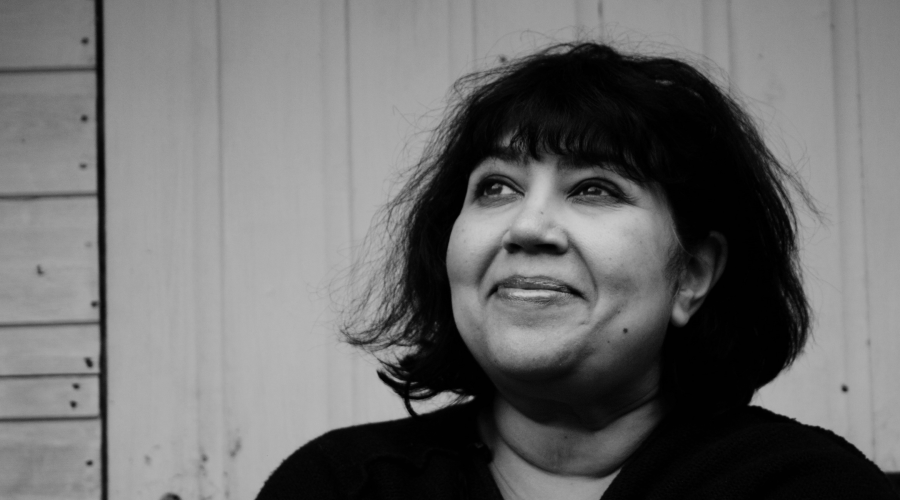 By Wasafiri Editor on January 21, 2020 in Articles

Jessica Mookherjee, highly commended in the 2017 Forward Prizes, published her second collection of poems, Tigress, with Nine Arches Press late last year. Mixing myth, magic and migration, these poems explore the impact of choice upon our lives and concentrate their magnificent, kaleidoscopic imagination on the intricate and often fraught nature of childhood and family, selfhood and womanhood. Fierce, often funny, always charged and revealing, Mookerjee’s acute attention to detail tracks lives lived between Bengal, Wales and London. In exploring the intense displacement and loss that marks the experience of migration, the poems move into territories of danger and safety, illness and heartbreak, and ultimately into self-discovery; a rich and sensual moonlit menagerie of bears, big cats, wolves, and ‘forest mothers’. For our Writing Britain Now series, Mookherjee situates her poetry in the British political landscape.

My father said he was from British India. His passport used to have ‘Origin: East Pakistan’ written inside it.

My sister describes her ethnicity as Bangladeshi.

These days, Dad talks more about Bengal as our origin.

My mother gave me an English name and fed me beef burgers and fish fingers and dressed me in Welsh costume on the appropriate day. The Welsh songs I sang at school were as baffling and beautiful as my mother’s Bengali tunes—songs all fed to me with a backdrop of Dusty Springfield’s plaintive love songs on the turntable at home. My parents called me ‘Jessica’ because their kind, white working class landlady (in 1960s London) told them about Shakespeare and helped them to buy me clothes and a pram. She is now part of the myth of the Britain that formed me.

My collection, Tigress, spans creation and self-creation within the shifting identities ‘forced’ on us by the bigger political stories that become the backdrop to our lives. The collection is about coming into being – into womanhood (because I am a woman), but more importantly, into personhood – because the stories we tell ourselves, and how we mythologise our lives, are what it takes to make us people. The collection was written in response to a world – a Britain – that urges us to define ourselves through tribal colours and fails to help us understand that those colours are woven, stitched, and fabricated in all manner of ways, telling stories that are at odds with our experiences.

Tigress’s opening poems, ‘The Welcome’ and ‘Beginning of Flight’, locate a protagonist born of immigrants in late-sixties UK. I was born a few weeks before Enoch Powell’s ‘Rivers of Blood’ speech and a year before the moon landing. These two poems are my launch pads into this country’s changing histories.

on him from red post-boxes, flashing taxi cabs,

The title of ‘The Welcome’ reflects BBC programmes urging Asians to integrate, and reacts to a backdrop of the current Home Office’s ‘Hostile Environment’.

There are things about Britain you will need to know

The paucity of the poem seemed poignant to me, and I thought of the newly arrived huddled around radios and TV sets, trying to learn how to fit in. There was so much that couldn’t be said about Britain in those programmes, about immigrants in Britain, and about what the British Empire was. 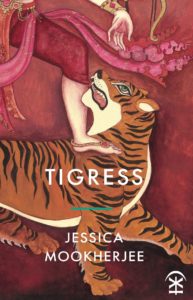 My family’s complex relationship with post-Partition East Pakistan was such that Britain was the ‘motherland’ to them. Yet their foreignness was as palpable as the tongues twisting in my poetry – mimicking Sanskrit and Bengali’s rhythms and metres.

He listens to the Rolling Stones, wants for something more

than Tagore, more than rituals of flowers and ash,

My parents immigrated in the context of Bangladesh’s war—in the context of famine, and waves of Indian diaspora refugees from Kenya and Pakistan. Dispersal creates multiple identities, losses and dislocations. I have always been moved by the phrase ‘burning your boats’ — a memory of how the first Anglo-Saxon and Viking arrivals to Britain burned their ships to symbolise there was ‘no going back’. I write about this in poems such as ‘You are in the Hard Places’ and ‘The Displaced’. My Britishness is born from the legacy of those immigrants as well. Growing up in Wales you never forget it is ‘other’ to England; there are tales of ‘otherness’ everywhere. I loved listening to Welsh myths just as much as Indian myths. There is a poem in Tigress called ‘Stranger’, which is loosely based on the legend of a mad old witch that once lived alone where I grew up in the Gower. Legend had it that she wore a bone in her nose and I loved this particularly as it seemed so ‘foreign’ and ‘exotic’.

The legacy of colonialism is not unidirectional—in language or in culture. My father came to Britain because the UK needed engineers. But has Britain forgotten why it went to India to create him in the first place? These are our origin myths. In ‘Beginning of Flight’ a woman starts her journey carrying an unborn poet. In the poem, all the technology of early aircraft builds potentials, –unknowingly creates war machines – but also jets that carry her to England.

did Alcock and Brown think about clouds,

see herds of elephants, tail to tail in the dark

to hold up the sky? And her flight, from one

part of the dying Empire, landing like an actress

on a runway in Heathrow, starts from

somewhere and carries her here,’

Britain is no longer a colonial power. India is no longer the jewel in its crown. After Brexit many Indians were heard muttering maybe they could ‘help Britain out’ by capitalising on the new business opportunities left in the vacuum of leaving the EU. What do the myths of British identity need to contain today? Britain needs new stories now—it can’t just hold onto its game of flags or that will be all it has. In my writing I want to tell of people’s self-creation myths within this post-colonial/neo-colonial world. Every person living in Britain, from every class and ethnicity, has such a shifting story.

These shifts in myths and identities have violent, visceral impacts depending on whose power pushes them into being. In the Poem ‘Becoming British’ a couple struggle to find the documentation to prove their ‘sacred’ marriage, creating a sense of decaying ‘legitimacy’ in order to join a new ‘club’. This experience echoes recent history, I hear from my French, German, Dutch and Polish friends that they are scrambling for documentation in order to prove their ‘right to remain’. The recent news reports of the horrific Home Office treatment of those people who arrived from the Caribbean on HMS Windrush makes me wonder if my parents watch this news clutching their British passports, still insecure in their Britishness.

The question of who can be British in the wave of Brexit bears witness to shared post-colonial pain in the face of global change. In ‘Amrita’, a child sees her mother’s Gods shrink and fragment; it is her Welsh neighbours, and not the Hindu gods, who look after her.

Neighbours bought us fish and chips that night … 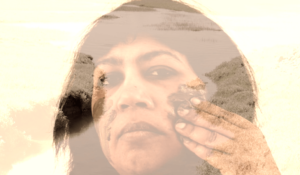 Written and spoken by Jess Mookherjee. Film by Helen Dewbery

In my poem ‘Song of the Soil’ I make reference to Wales’ shifting relationship to its own identity and mythic past. I link Wales and Bangladesh together as marginal spaces, living in the shadow of dominance, using the metaphor of ‘swamp’ and ‘marsh’ to show how their identities blur and shift and ultimately disappear into time.

Writing (in) Britain now is merging and creating new stories from all our colonial pasts. I include in this not only Indian or South Asian people but all those who have ancestry linked to colonialism. This includes the British mill workers who were sympathetic to Gandhi’s call for ‘home spun’ cotton; the miners who risked their lives for the raw material that built the railroads and trains that cover India today; those who have ancestors who worked in the factories that created industrial might of the British Empire only to be as colonised and broken as those people in the far off lands. In the face of a ferocious change that will impact everyone, only our art can marvel at these shared, fractured spaces and make them beautiful.

Jessica Mookherjee is of Bengali heritage and grew up in Swansea. She has been widely published in magazines, including Under the Radar, Agenda, The North, Rialto, Antiphon and Ink, Sweat & Tears.  She is author of The Swell (Telltale Press) and Joyride (Black Light Engine Room Press) and Flood (Cultured Llama).  She was highly commended in the Forward Prizes 2017 for best single poem. Jessica works in Public Health and lives in Kent. Tigress, published by Nine Arches Press, is her second full collection.