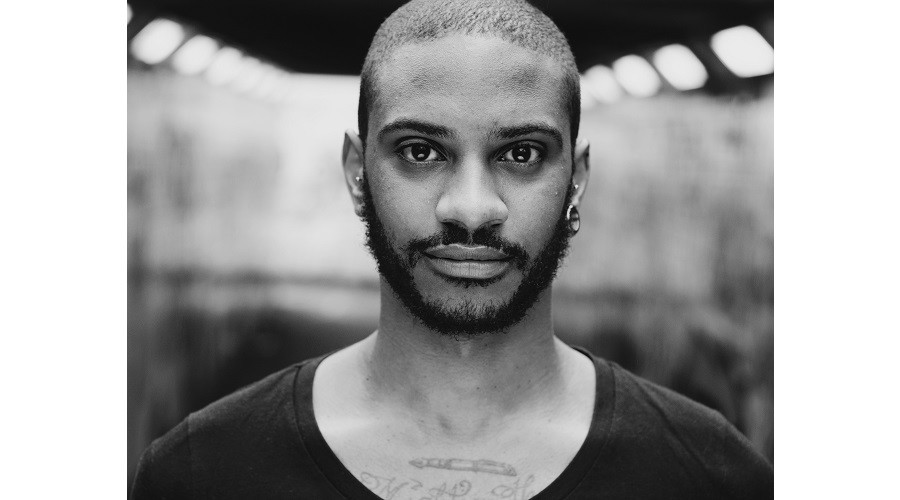 Ashley Hickson-Lovence’s debut novel, The 392, is set almost entirely on a London bus over just 36 minutes, and was released in April 2019 (OWN IT!). For our new series, ‘Writing Britain Now’, Hickson-Lovence shares his journey writing The 392, situates the novel in Britain’s political landscape, and reads an extract.

Sometimes I forget Britain is an island. A big big island. And right now, in 2019, it feels more at sea than ever. In this fractured political climate rife with Brexit uncertainty, ruthless austerity cuts, rising racial tensions – exacerbated by the emergence of right wing figures in the form of Nigel Farage and Tommy Robinson – the Windrush scandal, the Grenfell tragedy; literature now feels more important than ever. With the publication of good contemporary literature, we are able to learn about the lives most affected by these issues and also, pertinently, gain an escape from the daily strife of modern British life.

My debut novel The 392 released with OWN IT! in April 2019 is a critique of modern Britain and a creative commentary on the lives of those most affected by the turmoil caused by a divisive government. The single-decker London bus where the novel takes place is microcosmic of modern-day existence in the ever-changing metropolis. The characters represent a diverse cross-section of contemporary London society, of all those affected by the incessantly transient landscape of Britain. My intention in writing The 392 was to capture the voices of all those in our society who have been forgotten, disenfranchised, whose concerns are often untold in literary fiction. For once I wanted readers to hear how these voices survive in the harsh world that we live in now in the truest, most authentic way possible. The novel is a terse depiction of how those who are ‘othered’ in some way are subjected to unjust prejudice. In the case of The 392, this manifests itself through the suspected terrorist figure who boards a Highbury-bound bus one rainy Monday morning.

The characters in my book are very different but one thing that unites them is their shared bus journey from Hoxton to Highbury. On the way, we hear from a pregnant woman, a blind football fan, a local politician, a teenage boy and a teenage girl and many others you might expect to meet on an archetypical London bus. Although the book is set in the capital, its themes and what each character represents are universal. The intended readership is a broad one, but essentially the book is my way of dealing with the plethora of societal issues I have observed through the years as a young black man from a working-class background in a big city. The Britain I know now is viscerally transforming and The 392 attempts to capture the power of all those who remain voiceless, one bus journey at a time.

Listen to an audio clip or read an extract from Ashley Hickson-Lovence’s The 392: 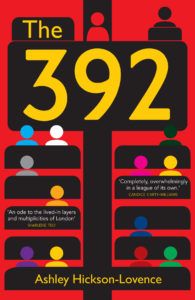 The sirens are louder now; the other units must be close.

Soon I will be stood down, told to go back to the station and offered a cup of tea with lots of sugar for the shock. I will have to write a lengthy statement and then be told to go home early and rest up after the crazy day I’ve had. It’s mad because, when you think about all the normal things that happen on a normal bus journey, this weren’t meant to happen. A bus journey is just meant to be one of those things that you have to put up with even when you don’t really want to, like goin’ to the bank.

It’s necessary once in a while.

I don’t usually take the bus, but I know what it’s like and this weren’t meant to happen. You know, you wait, the time on the countdown thing at the bus stop is wrong and it’s pissin’ it down (it’s always pissin’ it down) and you don’t believe in umbrellas. And as every second goes by, you don’t believe in buses, as the rain soaks into your shoes, you definitely don’t believe in buses. It’s at times like these you picture yourself in Marbella, or the Caribbean or Mexico, on a nice beach somewhere gettin’ a tan, but instead you open your eyes and see a Poundland and a Lidl and remember you’re in Ilford. Five minutes pass. Then, ten. Every bus comes, except yours and you think about ringin’ in and pullin’ a sickie because you would rather be in bed with a cup of tea and some choccy biscuits watchin’ Homes Under the Hammer, but then the bloody bus comes at last and bursts your balloon before it’s even fully blown. You’re soakin’ wet before you even get on. Someone who’s only been waitin’ a few minutes rudely pushes on first and you’re too tired to even argue with him so you just give him a dirty look that he doesn’t understand. The driver doesn’t smile and your card doesn’t work first time and there are a pair of grannies in the seats at the front and their trolleys are half-blockin’ the aisle. An African woman has taken off her shoes and is flexin’ her feet and stretchin’ out her calloused toes. There’s a couple of black boys at the back slurpin’ on tins of strawberry Nurishment. There’s a man whose bag takes up a whole seat, and he doesn’t even look like movin’ it any time soon, he just looks through you and continues playin’ a colourful game on his phone. He gives you a look that says fuck off in every sense so you don’t even bother gettin’ into an argument with him. You’re lucky to find a seat but then you quickly realise the fella next to you stinks and you feel bad if you move now so you hold your breath until one of you gets off. But you both stay on till the end, and the stench gives you a migraine and it’s not even ten yet.

The rain stops, it always does once you’re inside but the glass of the window is steamin’ up so you can’t even see out properly. And there’s this nasty guy standin’ in the buggy area coughin’ his lungs up and not coverin’ his mouth; you can actually see the germs flyin’ about around the bus. And there’s this other guy diggin’ inside his nose then thinkin’ whether or not to eat what he has found up there. He has a little look around to see if anyone is lookin’ at him, or in his general direction, and then shoves it right in his gob. And the bus is freezin’, it’s always bloody freezin’, and the schoolkids are bein’ noisy and playin’ crap music off their phones. The traffic is heavy and the bus stops for a long time at a bus stop for no reason ’cos nobody gets on or off and there’s an argument startin’ at the front because someone isn’t movin’ down. The smell gets worse and you’re runnin’ late for mornin’ briefin’, and wolfin’ down breakfast this mornin’ has made your belly feel funny. This, all of this, is meant to happen because this is what bus journeys in London are like. And a little bit later than you wanted, you force your way off, breathe in the smoggy London air, enter the station and go about your day and forget about what the bus journey was like this mornin’, because no matter how unenjoyable it was, nothin’ that terrible happened. But this, this scene right here, in the middle of Islington, this weren’t meant to happen. This weren’t no normal journey.

Ashley Hickson-Lovence is a writer who grew up in Hackney, East London. While working as a secondary school English teacher, he completed his MA in Creative Writing and Publishing at City, University of London and is currently completing his PhD in Creative and Critical Writing at the University of East Anglia. His debut novel The 392, set almost entirely on a London bus over just 36 minutes, was released in April 2019. He is currently working on his second novel.