Within and After: Announcing the QM Wasafiri Global Dispatches Series 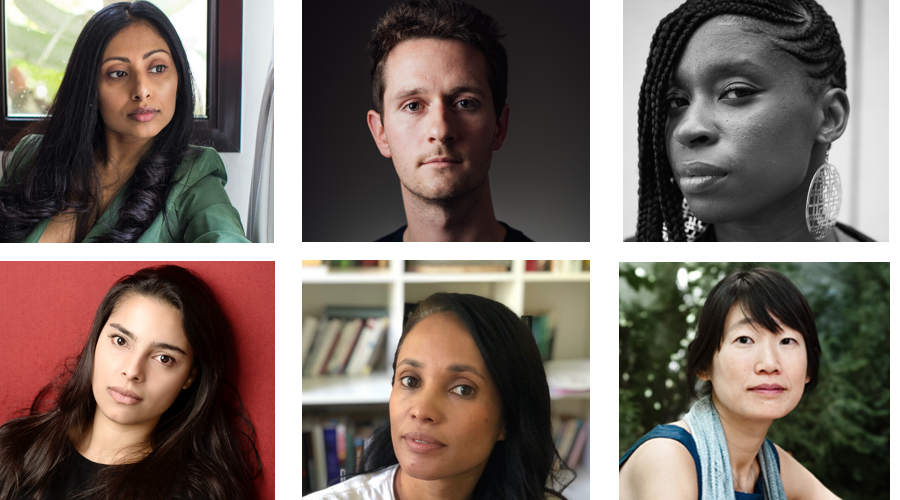 By Wasafiri Editor on November 9, 2020 in Articles

For over three decades Wasafiri has created a dynamic platform for mapping new landscapes in contemporary international writing featuring a diverse range of voices from across the UK and beyond. Our goal is to discover, support and promote the world’s best new writing, and to encourage readers and writers to travel the world via the word.

This year, we’ve joined hands with Queen Mary, University of London Arts & Culture to work together on the ‘Global Dispatches’ initiative: an essay series of exchanges and conversations between creative writers and academics. For the series, six creative writers from around the world have been commissioned to collaborate with academics to think ahead towards possible and impossible futures—all in the face of the current crisis of Covid-19. Each creative writer has been ‘paired with’ an academic at Queen Mary, University of London, working in a similar field, who will also write on, and respond to, the same topic – from Childcare to Climate – and the creative writers’ essay on the theme. The ‘twinned’ pieces will be published on the Wasafiri and QM websites over the next six months—and promoted among our academic and literary networks.

This moment has encouraged people, worldwide, to look to an ‘after’, or a ‘post’. During the summer of 2020, Wasafiri went on the lookout for pieces across forms and genres (from life writing to socio-political commentary) that think about the here and now—but also the beyond. To truly embody and encompass the global nature and scope of the series – which is also aligned the spirit of the magazine – we aimed to commission six creative writers across six continents. As with any project of this stature and scope, we stumbled along the way. Writers we approached were weighed down by the pressures of the pandemic: from stalling works-in-progress from whole new levels of writer’s block, to childcare and the coronavirus-related pitch frenzy, to mention but a few.

At the end of a long summer, from one state of lockdown to second (and third) waves, from the hope of vaccines and open borders on the horizon to further uncertainty, isolation, and closed offices, we are pleased to announce our stellar line-up of six writers.

Sending dispatches from around the world – writing from Tasmania and South Africa, the UAE and Argentina, England and Canada – these six writers reflect on themes of Climate, Justice, Childcare, Racism, Future, and Isolation, respectively—all in the context of Covid-19. In the first three pieces to be published in the series: The 2020 Booker Prize shortlisted writer of Burnt Sugar, Avni Doshi, pens a moving life-writing piece on being pregnant during the pandemic—and the fears and anxieties of being a new mother in a strange new world in Dubai; Hobart-based Robbie Arnott, author of Flames and The Rain Heron, laments the loss of a fish—and forest fires in Tasmania; and Margarita García Robayo – born in Cartagena, Colombia, and currently based in Buenos Aires, Argentina – takes from life to reflect on racism in South America, and on publishing her new novel, Holiday Heart, during a pandemic.

Over the next few months, in the first half of the series, Professor Kiera Vaclavik (Co-founder and Co-Director of the Centre for the Study of Childhood Culture (with the V&A Museum of Childhood)), Dr James Bradley (Lecturer in Environmental Science), and Professor Penny Green (Head of the Department of Law) – will respond to and reflect on these three essays, respectively. This is all part of, and towards, Queen Mary’s larger knowledge exchange project featuring and bringing together creative workers from the arts and culture sectors (writers, artists, curators, designers etc.) and academics. The funding that supports this initiative has come from Queen Mary’s Higher Education Innovation Fund (HEIF) and has been awarded to specifically support knowledge exchange activities between the University and the wider world.

For the past 35 years, Wasafiri has welcome and offered a home to marginalised voices, voices of struggle, voices of dissent, voices of hope – voices of tomorrow. We have consistently sought to support, capture, and archive the world we live in – and the stories often on the edges and peripheries of the imperial, Anglophone centre (which are often within it). Wasafiri comes from the Kiswahili for ‘travellers’. For a truly global perspective on the pandemic, read these dispatches and follow us in travelling the changing world via the written word.