Whatever Happened to Interracial Love by Kathleen Collins: Book Review 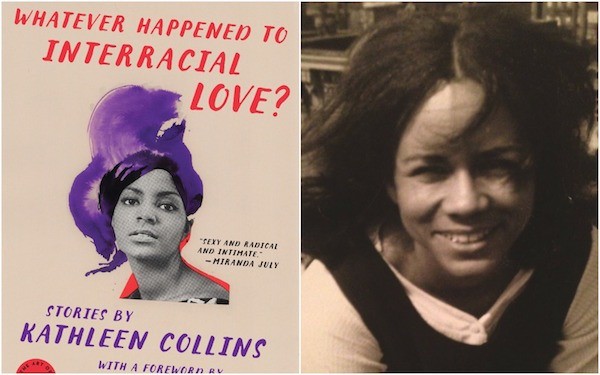 By Ayesha Manazir Siddiqi on February 21, 2017 in Articles

The legacy of Kathleen Collins – Civil Rights Movement activist, pioneering film-maker, talented writer – is only coming to light in recent years. Her daughter, Nina Lorez Collins, inherited her vast, mainly unpublished archive when Collins died in 1988, and began sifting through it many years later. Within her mother’s things, Nina discovered several short stories, now collected and published as Whatever Happened to Interracial Love? The collection is an important one, adding a unique voice and a different perspective to the more celebrated canon of Black writing that emerged in the Civil Rights era.

The Civil Rights Movement and its consequent unsettling of established ideas led many black writers to conceptualise new ways of thinking about themselves. Groundbreaking work that examined the intersections between racism, patriarchy, and economic disparity emerged from writers including James Baldwin, Lorraine Hansberry, Ralph Ellison, Toni Morrison, and Alice Walker. Revolutionary poetry by Black women also rose to the surface, including works by Audre Lorde, Sonia Sanchez, and Gwendolyn Brooks. And it now appears that a new wave of Black film and writing might be emerging once again out of the Black Lives Matter movement, one that challenges its lack of access over the means of communication and the existing representations of human life, and asks difficult questions of itself as it seeks more meaningful representation. The work of Collins, in such a context, is an important one. It addresses issues of lost love, of longing, and most effectively, of class and privilege, holding up these elements to the light in rare and fascinating ways.

The most engaging stories in the anthology reflect on the complicated and little-explored intersections of privilege and race. The book is sprinkled with black characters dealing with their privilege, be it in the form of their blue-eyed, light-skinned appearance, an academic prowess that springboards them into all-white spaces, or their material wealth and cultural capital. There is, for instance, the light skinned, charming, Marlon Brando-esque uncle in the compelling story, ‘The Uncle’. The uncle and his wife, both ‘nearly-white’, live a life of apparent indolence and joy before succumbing to a seemingly inevitable misery. It is clear that their nearly-whiteness is connected to their eventual decline. As the niece/narrator says, ‘it is difficult to separate this story from the slight props of race necessary to bolster it up’. Presumably, the unbridgeable but often invisible gulf between ‘white’ and ‘nearly-white’ results in a promise unfulfilled, expectations disappointed; and ultimately, the couple’s sense of entitlement that arose from their proximity to whiteness is thwarted. These are the kinds of magnificent insights that Collins’ stories of privilege provide. We see other aspects of this meditation on privilege in ‘How Does One Say,’ a story where the narrator’s father laments that his daughter should highlight her blackness by cutting her hair short just before attending a prestigious French school, and in ‘Conference: Parts I and II’, where the protagonist, the only black woman in her university, is thrilled when, at a conference, she finally meets a black man that she can take home to meet her parents. In fact, nearly all the stories consider some form of privilege, with characters ranging from young black and white bohemians during the Civil Rights Movement, black intellectuals trying to live lives of thinking, feeling and self-discovery in underrepresented spaces, or members of the black elite distinguishing themselves through their knowledge of western classical philosophy, art, or other indicators of cultural capital.

The title story in the collection is one of young activists in the sixties. This story is, at times, slow and clunky, the characters not much more than coat-racks upon which ideas are hung. They are mostly nameless, fleeting, unobtrusive, leaving little to hold on to in terms of plot or interest. Still, the ideas are engaging. The story begins with a young black woman and her earnest white lover. Her father is disapproving of him; she imagines him asking, ‘is it for this that I fought and struggled’, and her lover’s father is in turn dismayed by his son’s anti-racism work. What follows are quick vignettes of the protagonist’s life and the people who inhabit it: her wealthy roommate, her first lover, her controlling father, and later, various flat-mates and their interracial lovers. All are struggling with their internal lives, no one seems to quite see eye to eye, and the romances eventually pop ‘like balloons’ or go up in smoke ‘like smoldering fires’. Although the story is not a gripping one, the wide-eyed idealism of the time is cleverly satirized, and Collins’ disturbing vision of this diverse melting pot of activists and bohemians is a nuanced antidote to more simplistic and naïve representations of ‘diverse love’.

The anthology is not consistent in its quality, and the stories centering love appear the least firm, or insightful. Love, or the loss of it was in fact the subject of Collins’ groundbreaking film, 1982’s Losing Ground, which was restored and reissued in 2016, to critical acclaim. Collins was the first African American woman to write and direct a full-length feature film. In it, just like in some of the stories about love in the anthology, (‘Interiors’, ‘Exteriors’, ‘Conference’), it could be that the distance from the subject matter is not great enough, for her depictions of love appear simultaneously abstract and simplistic. ‘Exteriors’ is told as if through through a camera lens, and ‘Interiors’ an internal monologue, but neither is particularly clear, or captivating. The story, ‘Lifeline’ however, is exceptional: it follows a woman who is consumed with longing for her self-involved lover until slowly, she is pulled back towards herself. And despite variations in quality, Collins’ female protagonists tend to be strong, complicated, thinking black women, characters that we do not often see on page or on screen many decades on. Even just for this alone, Collins is remarkable.

Whatever Happened to Interracial Love? By Kathleen Collins is published by Granta. 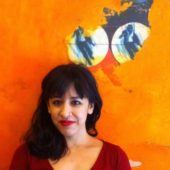 Ayesha Manazir Siddiqi is a short story writer, playwright, and reviewer. Her work has appeared in publications including Peepal Tree Press’s anthology, Closure, Don’t Do It Magazine, The Independent, The Express Tribune, Burnt Roti, and DAWN. She developed her first play with the Kali Theatre Company, worked with the Royal Court Introductory Playwriting Group, and is currently on a year-long attachment with the Tamasha playwrights.