Welcoming our new Editors at Large 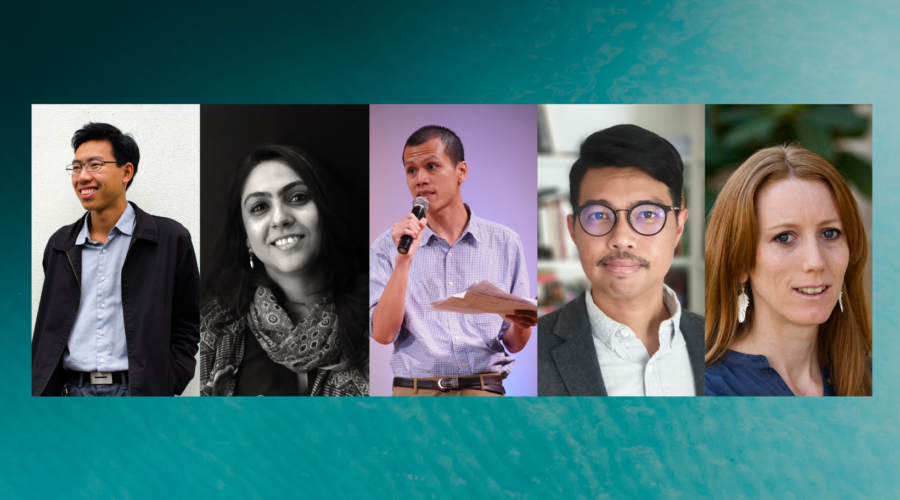 Wasafiri is excited to announce that we have expanded our global team of editors by recruiting five Editors at Large based in Indonesia, Malaysia, Singapore and Aotearoa New Zealand. The Editors will help Wasafiri to discover, promote and support new writing within their local regions, rejuvenate our editorial norms and processes, and push the boundaries of literary culture.

Over the next year, Editors at Large will play a pivotal role in expanding the readership and authorship of Wasafiri, enabling the magazine to further diversify its content, broaden our reach, and attract local editors and writers who may wish to collaborate with us in the future.

About the Editors at Large

Nazry Bahrawi is a literary critic, translator and academic. He specialises in the comparative study of texts, thoughts and traditions between the Malay Archipelago and the Arab world. Nazry is Senior Lecturer of Comparative and World Literature at Singapore University of Technology and Design. He has translated two Bahasa literary works to English.

Gopika Jadeja is a bi-lingual poet and translator, writing in English and Gujarati. Her literary writing and translations have been published widely. She is committed to translating writing from marginalised communities. Gopika is working on a project of English translations of poetry from Gujarat. She currently lives and works in Singapore.

Anna Knox is a writer and essayist from Aotearoa New Zealand. She has lived and worked in the US, Middle East and Scandinavia and currently lives in Whanganui-a-Tara Wellington with her family. She has an MA in Creative Writing from the University of East Anglia.

Sebastian Partogi is an Indonesian writer and journalist based in Ubud, Bali. As a literary translator, he has translated the works of Indonesian writers like Ratih Kumala, Djenar Maesa Ayu, Feby Indirani, Angelina Enny and Sindhunata into English.

William Tham Wai Liang, based in Petaling Jaya, Malaysia, was formerly Senior Editor at Vancouver’s Ricepaper magazine. His newest novel, The Last Days, is set in 1981 and covers the continuing legacy of the Malayan Emergency. His first book, Kings of Petaling Street, was shortlisted for the Penang Monthly Book Prize.