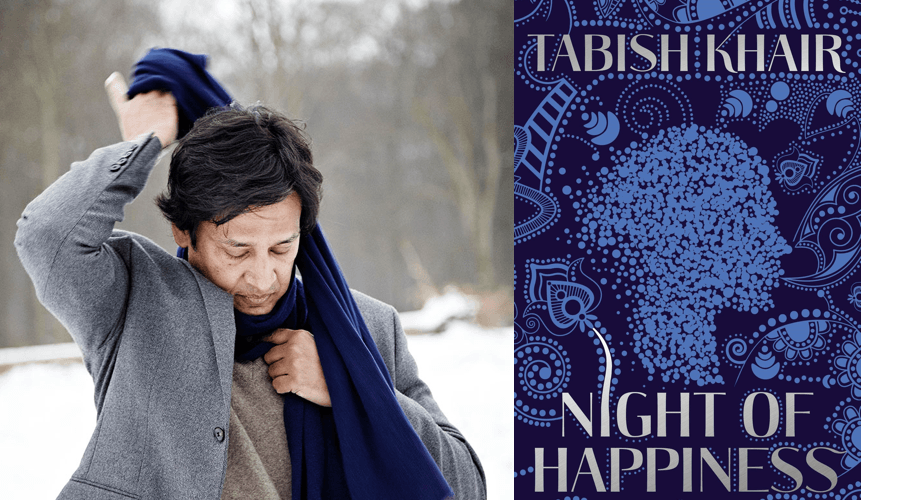 By Wasafiri Wonders on August 27, 2019 in Articles

‘I suspect that we, as a species, have a drive to make sense and to make beauty, optimally at the same time.’

Tabish Khair is a poet, novelist and critic who was born and educated in Gaya, a small town in North India. In the 1990s, he worked in Delhi as a staff reporter for The Times of India. He now lives in Denmark, where he is Associate Professor in the Department of English at the University of Aarhus. His recent novels include How to Fight Islamist Terror from the Missionary Position (HarperCollins, Interlink and Corsair 2014), Just Another Jihadi Jane (Penguin/Periscope 2016; Interlink 2017) and Night of Happiness (Picador, 2018). Translated into various languages, Khair has won or been shortlisted for major poetry and fiction prizes in six countries.

A bit like having arrived after driving in the dark and trusting desperately that your headlights don’t flicker off.

I don’t have any. You need space and time to have rituals. I write when I can, which is not often and not regular, because of my other responsibilities.

Nothing consciously, at least not when I start writing. But looking back at my work, I can say that all of them deal, in different ways, with matters like difference, conflict, identity, violence, meaning. Why? I suspect that we, as a species, have a drive to make sense and to make beauty, optimally at the same time.

A book on literature and fundamentalism, written for an intelligent non-academic readership. Still in progress. My last novel was Night of Happiness, a kind of literary thriller or ghost story about two men making sense, in very different ways, of a situation (in contemporary India) that does not make sense.

No one ever advised me on writing. I did not grow up in writerly or arty circles. But my father, a small-town doctor who encouraged my writing but strongly dissuaded me from becoming a writer, suggested to me, once he got used to my decision: ‘Good writing seems to be like doing good in the world: you do what you can and what you should, and throw it in a well.’

I hate specifying an absolute favourite (as literature, like life, is not that clear-cut), but if I have to, I would say Johann Hari’s Lost Connections.

The Mahabharata. But I had read chunks of it in the past too.

A. N. Das’s Changel: The Biography of a Village.

A blend of country and ghazal, I think. Something slow, and with audio clarity. Or a combination of classical rock (think Bruce Springsteen) and qawwali (think Sabri Brothers), which would be faster, harder but would also have audio clarity. Because I am tired of the valorisation of noise.

Emmanuel Levinas, Karl Marx, Joseph Conrad, Asadullah Khan Ghalib, Edward W. Said, Byung-Chul Han, Judith Butler, Martha Nussbaum, and a few others, but they would be far beyond the competency of world leaders today, so I suggest something simpler, shorter but as effective and useful: Between the World and Me by Ta-Nehisi Coates.

Tabish Khair’s Night of Happiness (Picador, 2018) is reviewed in issue 99 of Wasafiri.