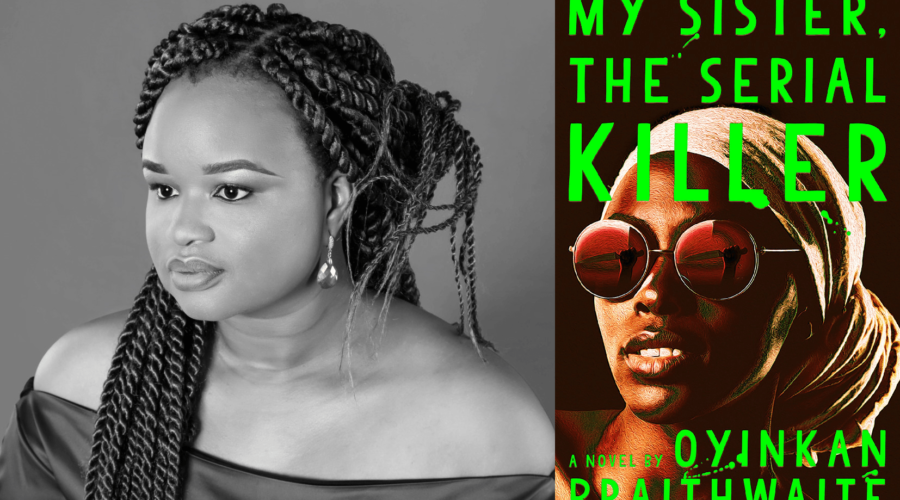 By Wasafiri Wonders on April 3, 2019 in Articles

‘It is a tale of two sisters – one who murders men and the other who is forced to clean up after her.’

Oyinkan Braithwaite is an author and Kingston University graduate. Her writing has been shortlisted for the Commonwealth Short Story Prize and her debut novel, My Sister, The Serial Killer, has been longlisted for The Women’s Prize for Fiction.

Sparse with a sprinkle of amnesia.

I like to write lying down, preferably at night.

All things related to women, I suppose because I’m a woman. I also like to see what people do when they are cornered, to try to peel back who a person is when they have been stripped of everything.

My Sister, the Serial Killer is a tale about two sisters and the men that lose their lives in the course of their journey to self-discovery. Perhaps that is the story I should have written. But I suppose mine is not too far off. It is a tale of two sisters – one who murders men and the other who is forced to clean up after her.

I am a little obsessed with writing advice that I find online or in books. I have many books on writing, so it is hard to pick just one nugget. One of my favourites is: ‘To gain your own voice, you have to forget about having it heard’ – Allen Ginsburg

The Turn of Midnight by Minette Walters. It has everything, except perhaps fantasy, but I can forgive it that. It is a big book but you don’t realise it as you read. And it did justice to its predecessor.

Beloved by Toni Morrison. I am actually not entirely sure if it is the first time. I have watched the movie and I may have read the book. In fact, I think I did it at school…my memory fails me. But for what it is worth. I am reading it again.

Popcorn by Ben Elton. I believe this book was popular at some point, and it may still be… but I haven’t ever heard the novel brought up in conversation.

I believe it would share the same name as the novel. And it would be a mix of afro-beats, pop and soul.

Relevant reads – Naomi Alderman’s, The Power. Ooo. I would give my book to Buhari… just because. Also, perhaps because I am not entirely sure how modern he is. I would also give him Becoming Nigerian by Elnathan John.

Oyinkan Braithwaite’s My Sister, The Serial Killer is published in Great Britain by Atlantic Books. It is available to purchase now.