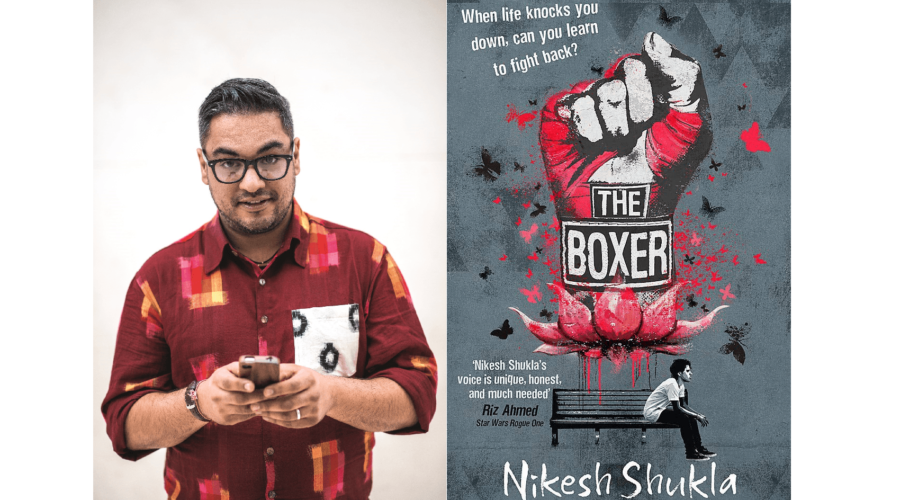 ‘A rapper once told me it was important to be the first customer of everything you do.’

Nikesh Shukla is the author of five novels; Coconut Unlimited, Meatspace, The One Who Wrote Destiny, Run, Riot and The Boxer, which will be published on June 27. He is the editor of the bestselling essay collection The Good Immigrant and the co-founder of the literary journal The Good Journal and The Good Literary Agency. Nikesh is the Life Writing judge for the 2019 Queen Mary Wasafiri New Writing Prize.

I try not to romanticise the writing process too much. Life is busy. Inspiration strikes at odd times. If I have to have crystals on my desk and write with a pencil in a notebook forged by the ancient Greeks between 7am and 8.45am while listening to pink noise… seriously who has the bloody time. Just write.

The first band to really make an impact on my worldview was Public Enemy. They were the entry point into ideas of social justice and such. And then, as I entered my late teens, I got into Asian Dub Foundation in a big way. My first real short story commission was based on the final moments of Zahid Mubarek. So social issues have always been at the forefront of everything I do.

My next YA is called The Boxer. It’s out 27th June and tells the story of Sunny, a teenager who gets beaten up in a racist attack and takes up boxing as a result. Told over the ten rounds of his first ever fight, it traces back through the attack, his loneliness and his best friend Keir becoming radicalised by the far right. I’m also working on some secret TV stuff and a new book project that’ll be announced soon I imagine.

‘Don’t get it right. Get it written.’ That’s a good one. Also, a rapper once told me it was important to be the first customer of everything you do. I think about teenage Nikesh and what he would have loved to read growing up, and that’s where I pitch my work.

Fatimah Asghar’s debut poetry collection If They Come For Us is a real knockout book. It speaks about partition, grief, queerness and Muslim identity in a way I have never seen before. It is utterly exceptional. Also, Mira Jacob’s graphic memoir Good Talk, about conversations she has with her mixed race son in Trump-era America, is a really powerful look at family and politics.

Depends what we mean by classic. I recently read Rebecca Solnit’s seminal essay ‘Hope In The Dark’ as research for a project I’m working on.

Threads, which is like a poetic auto-fiction epistolary project between poets Sandeep Parmar, Bhanu Kapil and Nisha Ramayya, is really powerful. As well as the collection Four Brown Girls Who Write, which is a collection of poems by Roshni Goyate, Sharan Hunjan, Sunnah Khan, and Sheena Patel about being on the margins.

Kit de Waal’s important Common People project, for sure. Also, Kerry Hudson’s Lowborn. Reni Eddo-Lodge’s book, Why I’m No Longer Talking to White People About Race. Valeria Luiselli’s essay Tell Me How It Ends is an amazing piece of nonfiction about her working as a translator for child migrants crossing the border into the states from Central America.

The Boxer by Nikesh Shukla (Hachette Children’s UK) is available on 27 June. You can enter the Queen Mary Wasafiri New Writing Prize here.