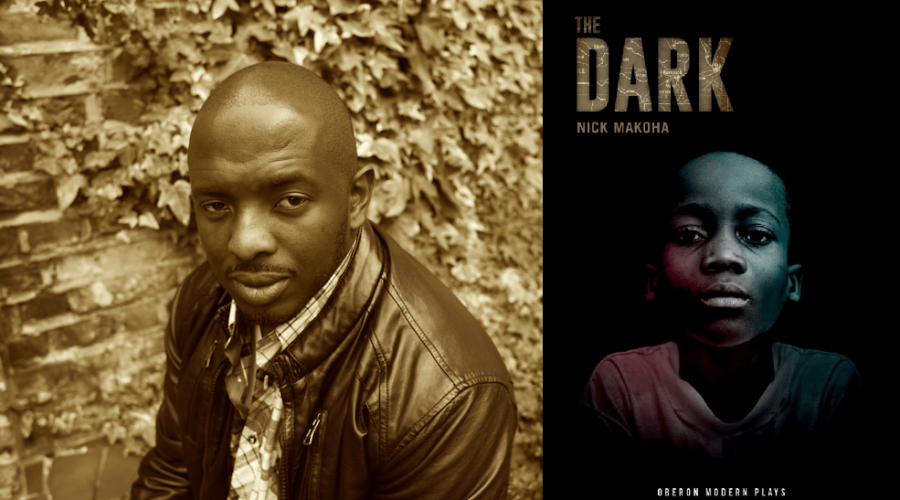 ‘When I am writing I need to feel removed from my body and myself and what I think it knows. I want to enter what I call “the poetic mind”. When I am in that space, time moves differently.‘

Nick Makoha is a poet and playwright. His debut collection Kingdom of Gravity was shortlisted for the 2017 Felix Dennis Prize for Best First Collection and nominated by The Guardian as one of the best books of 2017.  He is a Cave Canem Graduate Fellow and Complete Works Alumni. He won the 2015 Brunel International African Poetry prize and is the 2016 winner of the Toi Derricotte & Cornelius Eady Chapbook Prize for his pamphlet Resurrection Man. He is currently Wasafiri‘s Writer-in-Residence.

When I am writing I need to feel removed from my body and myself and what I think it knows. I want to enter what I call ‘the poetic mind’. When I am in that space, time moves differently. When I am in there I can only take with me a line fragment. For example, ‘We are not Alexander who conquered worlds’. Then I have to take creative leaps. For this I need silence. My dining table is my make-shift office during the day and acts as my fortress of solitude.

A theme is a critical device. As an artist I am not think along that measure. I am interested in the story. A story is a cluster of events or impulse that when aligned in linear or non-linear fashion allow us, the reader, to glean meaning.

The Dark (Oberon 2018) is a play I have been working on with JMK Young Director Award winning Roy Alexander Weise. The Dark is produced by Fuel theatre. It tells of my childhood escape by matatu (informal taxi / van) from Idi Amin’s Uganda in 1978. Two performers play multiple characters in the piece. My mother and her companions on the bus are the missing, lost and displaced. They represent those who have suffered eight years under the violent rule of Idi Amin. In the play we share in their stories of allegiance and conflict, echoing out through the darkness. This vivid story charts the migration I made with my mother at the age of four. I am also currently on The Mixtape tour with writer colleague Roger Robinson. The tour promotes Kingdom of Gravity (Peepal Tree Press 2017), and Roger Robinson’s soon to be released book Portable Paradise (Peepal Tree Press 2019). The Mixtape is a theatrical cocktail of performed poems about music, love, protest, exile and monologues all tied together through an unforgettable soundtrack of songs, from Afrobeats to Hip-Hop, from Reggae to Soul. With enduring friendship at its centre, poems leap back and forth in time, giving voice to the universal struggle to carve out personal and political identities.

How about this: always be in a constant state of learning. In other words, ‘What is possible exists in the unknown, not in what is known’. This ultimately is the artist’s way.

The Prelude by William Wordsworth. And I am just about to jump into John Milton’s Paradise Lost.

3: The Prophet by Kahlil Gibran

And if that does not work, give them some comics and some M&Ms.

Nick Makoha’s The Dark is produced by Fuel Theatre and directed by Roy Alexander Weise and is currently on national tour. The Dark is published by Oberon Books . Nick Makoha will be performing at Africa Writes in July as part of ‘Our Bodies Speak Poetry‘.