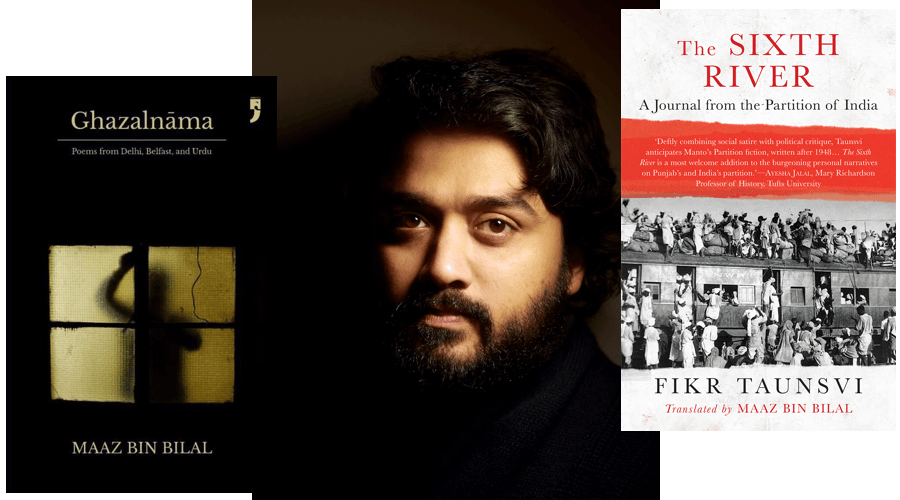 By Wasafiri Editor on September 14, 2020 in Articles

‘One would like to think of the author-translator as comrades in arms.’

Ever wondered what your favourite writer’s first drafts look like? Or which book your favourite translator would secretly love to translate? Wasafiri Wonders is a series that asks these questions for you.

Describe your first drafts in one sentence.

The poetry reaches the paper in a flow, having been on the mind for a while, and is later to be edited, while the translation first drafts are tediously practised and mulled over, for almost every line, in the first draft itself.

Tell us about your writing and translating rituals.

I have recently shifted to writing creative prose and poetry by hand, using fountain pens, which is the retrieval of a childhood habit and a source of rediscovered joy. Translation, critical, and functional writing are still on the computer. I often write late into the night, though I keep meaning to write in the mornings.

Give us a metaphor for the author-translator relationship.

One would like to think of them as comrades in arms, but I have worked often with legatees of authors, and that has been a love-hate relationship.

What is the best writing and translating advice you’ve ever received?

To stick at it.

In your personal lexicon, how would you define/describe ‘translation’?

What’s your favourite untranslatable word in any language?

‘Goyā’ from Urdu. These are some of its many meanings from the Rekhta and Platts dictionaries: 1. as if speaking, eloquent, 2. as if, like 3. Speaking. 4. As though 5. So to speak.

Mirza Ghalib, Urdu’s greatest poet, is rumoured to have offered to give all of his poetry to his contemporary poet Momin Khan Momin if he would give his following sher to him, with its perfect and untranslateable use of ‘goyā’: tum mire paas hote ho goyā / jab koī dūsrā nahīñ hotā.

The multivalence of “goyā’ allows wonderful ambiguity to the sher, which is necessarily lost in any single translation, but to give the English reader one of the many possible meanings of the verse: ‘When you are with me, it is as if, there is no one with me.’ Other senses of goya can make the sher lean towards infidelity or secret love.

What is a book or pamphlet you love that no one else has heard of? Or a book you think should be translated.

Most people in the subcontinent or across the world seem to know Mirza Ghalib as an Urdu poet, although he wrote more poetry in Persian and wished to be known for it. Very little of it has been translated into English. My translation of his long poem on Banaras, ‘Chiragh-i-Dair’, will be published next year by Penguin. I hope others translate more of his Persian poems. His Urdu poetry could do with better translations too.

What is your favourite book or pamphlet – originally in English, and in translation – published in the past year and why?

I just started reading Deepa Anappara’s Djinn Patrol on the Purple Line having read rave reviews comparing it to the best of Indian fiction in English, and it is proving to be a gripping read. Fiona Bolger’s books of poems, a compound of words, is poetry in translation or transit between multiple languages. It is also refreshingly political in a way Irish poetry often is not.

If your newest work were a music album, what would it be and how would it sound?

Well, I still write a few ghazals in English, I wish someone is able to sing them like Urdu ghazals! I’d like my (so far mostly unpublished) creative prose to have the cadence of downtempo music.

Maaz Bin Bilal is a poet, translator, and cultural critic. He is the author of Ghazalnama: Poems from Delhi, Belfast, and Urdu, and the translator of Fikr’s Taunsvi’s journal from the Partition of India, The Sixth River. Maaz was a Charles Wallace India Trust Fellow with Literature Across Frontiers in Wales for Creative Writing and Translation in 2018, and teaches literary studies at Jindal Global University. He is presently working on his PhD monograph, Heterodoxies of Friendship in E M Forster, besides other projects.

Ghazalnama: Poems from Delhi, Belfast, and Urdu and The Sixth River were reviewed in Wasafiri 103, which you can purchase here.