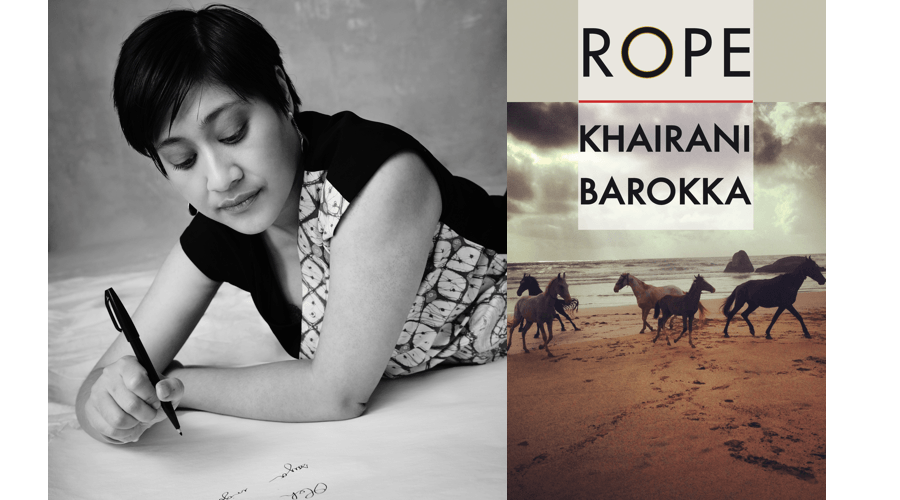 ‘I always wish there were more translations of poetry from Indonesian languages, especially in languages other than Indonesian, including from works that aren’t in book form to begin with. Indigenous forms of oral literatures that could be preserved in text form as well, while maintaining the continuity (hopefully) of the oral forms.’

Ever wondered how a translator approaches a new project? Or which book in translation they love that nobody’s heard of? Wasafiri Wonders is a series that asks these questions for you.

Khairani Barokka is an Indonesian writer and artist in London, whose work has been presented extensively in fifteen countries. Modern Poetry in Translation’s Inaugural Poet-In-Residence, she is Researcher-in-Residence at UAL’s Decolonising Arts Institute. Among Okka’s honours, she was an NYU Tisch Departmental Fellow and is a UNFPA Indonesian Young Leader Driving Social Change. Okka is co-editor of Stairs and Whispers: D/Deaf and Disabled Poets Write Back (Nine Arches), author-illustrator of Indigenous Species (Tilted Axis; Vietnamese translation published by AJAR Press), and author of debut poetry collection Rope (Nine Arches Press).

Trying to familiarise myself with the author, as much as possible, helps. Reading about them and reading any other work I can get my hands on by them, if I haven’t. A comfy location is paramount; I do much of my writing and/or translating in bed, or lying on a couch. If I’m not in Indonesia, I like to use Indonesian in other contexts as much as possible on translating days, even if only on Whatsapp messages or emails, to facilitate getting myself there mentally. Listening to Indonesian music helps too. And if I could have any Indonesian food products around me? Major sweet spot.

Playing together in a sandbox—you have to play fair, collaborate and share, you’re both experimenting with words, but personal autonomy is also important.

Don’t italicise ‘foreign’ words. Unless they’re a Latin convention, like inter alia, or another specialised conventional usage that isn’t about exoticising.

I translated some scholarly work from the Indonesian as part of my PhD, as it hadn’t yet been translated into English; I think that academic language is always something I want to check the slightest bit more often, to make sure I’m understanding authors’ contexts as much as possible, especially if I’m not as familiar with the subject matter.

Amusingly, what first came up for me was The Qur’an. I say amusingly because, I was, like millions of Indonesians, taught how to read Koranic Arabic phonetically as a child, without much in the way of learning Arabic as a living language. We’d have translations in religious classes, and I used to have to memorise quite a bit of it, but I wish actual facility with using Arabic outside religious contexts was at all a feature!

I always wish there were more translations of poetry from Indonesian languages, especially in languages other than Indonesian, including from works that aren’t in book form to begin with. Indigenous forms of oral literatures that could be preserved in text form as well, while maintaining the continuity (hopefully) of the oral forms.

The concept of ‘untranslatable’ is interesting to me, as it implies there are words that, when translated into another language, mean exactly the same thing and have the same affect and grammatical place and contextual permutations in both—which I personally don’t think is true. However, I am a huge fan of emphasis words such as ‘dong’, ‘kan’, and ‘deh’, as Indonesian terms that many might find daunting to translate on their own, and are so very fun to pepper in sentences. There are subtle differences between them that I appreciate being able to differentiate. ‘Deh’ is also one of those words that I think really underscores how different formal versus colloquial Indonesian is—I imagine the latter is quite complicated to learn as an adult, and it includes ‘deh’s at an astronomically higher rate than formal Indonesian does.

The act of communicating meaning in one language to meaning in another. This includes different sensorial languages, of course, such as sign languages’ interpretations of the spoken word.

Favourites are always hard to choose, as I find it really difficult to pit works of art against each other. However, I have a soft spot for Kitchen Curse (Verso) by Eka Kurniawan, translated by Annie Tucker, Maggie Tiojakin, Tiffany Tsao, and the late Benedict Anderson. It’s Eka’s first short story collection in English, and he just captures post-Soeharto Indonesia well, with the humour and forthrightness of home. For the incredibly urgent political circumstances both are embroiled in, I commend both the unflinching Minor Detail by Adania Shibli, translated by Elisabeth Jaquette (Fitzcarraldo)—drawing those clear lines from violence committed against Palestinians in 1948 to the present—and I Am A Rohingya: Poetry from the Camps and Beyond, edited by James Byrne and Shehzar Doja (Arc Books).

I’ve just finished translating an Indonesian short story, that’s coming out in an English-language anthology this year; it hasn’t been announced yet, and I’m very excited about it, feeling lucky to have gotten to work with such enjoyable material. So it’d be an album by Indonesian musical comedy band Project Pop, whose records I simply devoured as a kid. Hilarious, very Indonesian, extremely confident, catchy hooks, high replayability factor—that’s for the original story, and I hope my translation does it justice!