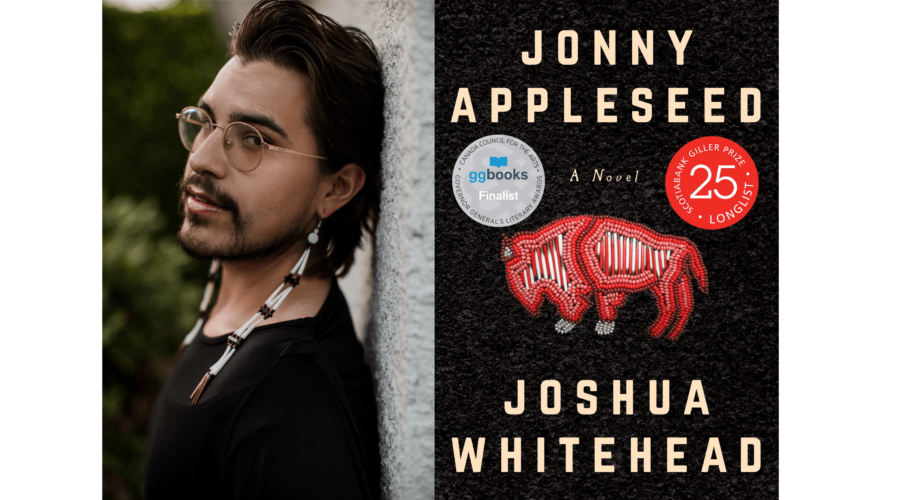 By Wasafiri Wonders on August 7, 2019 in Articles

‘I feel as if my first drafts are almost like codes waiting to be configured into an understandable algorithm.’

Joshua Whitehead is an Oji-nehiyâw, Two-Spirit member of Peguis First Nation (Treaty 1). He is the author of full-metal indigiqueer and Jonny Appleseed.

Exciting, vulnerable, exuberant, terrifying—I feel as if my first drafts are almost like codes waiting to be configured into an understandable algorithm.

I have various different methods for genre. Overall though, it usually requires a lot of Pink Lady apples and a playlist of ambient music rolling behind me. For poetry: a lot of reading prior to and post writing, keeping the fire lit so the medicine still leaks from the form of sweet grass I think of poetry as. For prose: something I call ‘sleeping with my characters’, which is actively world building while I fall asleep so I dream about those characters. And now with non-fiction: I find that I often need to take walks, listen fiercely to those who inspire me, and also play with language and translation between English and Cree.

My forthcoming book, Making Love with the Land, is primarily creative non-fiction detailing mental health (such as insomnia, depression, mourning, anxiety, body dysmorphia, and eating disorders) through nêhiyaw (Cree) ways of knowing and being. It’s not a self-help book, but rather a delving into my own psyche and life, it’s the most vulnerable collection of writing I’ve yet done but I’m excited for it. I ask for us, as Indigenous and non-Indigenous peoples, to think of that which we call pain, in all of its valences, as kin, make it material, through nêhiyâw forms of animation, so that it becomes a manageable thing, a tangible embodiment, that ultimately we can make love to, transform, into an inhabitable and beautiful collection of augmented ruins.

To not be afraid of your own voice, embrace it, let it run wildly, feral even, and to do anything other is to listen to the ways in which the world has already taught us to fear our own voices, our own power, our spirits. Another I recently learned from a dear kin, Smokii Sumac: anxiety and nerves before, during, or even after writing or reading are important, they demonstrate that your voice is attuned to respect and reciprocity.

Two of my favourites of the past year are Terese Marie Mailhot’s Heart Berries and Alicia Elliott’s A Mind Spread Out on the Ground, both because they are exemplary Indigenous texts from two women at the top of their game writing honestly and powerfully about their lives in transformational modes.

Gregory Scofield’s Thunder Through My Veins. That is medicine, maskihkiy, wrapped up within narrative—it’s a must read (and is being republished very shortly by Penguin Random House).

Every text has been heard of by someone, that’s a misgiving, but one I love that I think hasn’t received the attention it deserves is Sharron Proulx-Turner’s What the Auntys Say.

Definitely a country album, a little bit of Loretta, Dolly, Shania, and William Prince mixed with the soundscapes of my home nation, Peguis First Nation, and the constant thrum of the prairie wind serving as backdrop.

Lindsay Nixon’s nîtisânak, for the fierce verrsimilitude of the prairies Indigiqueered; Billy-Ray Belcourt’s forthcoming work, NDN Coping Mechanisms, I already know is going to change the contours of our worlds; Casey Plett’s Little Fish, which is just a powerhouse of a novel; and Gwen Benaway’s Holy Wild, which is a whirlwind of honesty, truth, and trans Indigenous realities.

full-metal indigiqueer by Joshua Whitehead is reviewed in Wasafiri Issue 98: Queer Worlds / Global Queer. It is published by Talon Books.