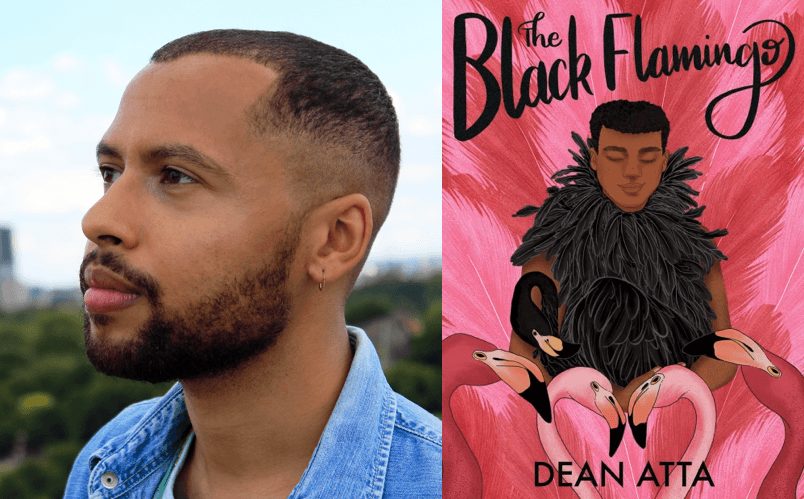 ‘I believe a queer world has the potential to be a free world, but whilst people are still discriminated against on the basis of gender identity or sexuality we are so far from being free.’

Dean Atta is the guest-editor of Wasafiri Issue 98: Queer Worlds/Global Queer. He was shortlisted for the Polari First Book Prize for his debut poetry collection, I Am Nobody’s Nigger. He was named as one of the most influential LGBT people in the UK by the Independent on Sunday. His debut novel, The Black Flamingo, will be published in August 2019 by Hodder Children’s Books.

My first drafts are a stream of consciousness — just getting words down on to the page.

I write best in a workshop, on a writing retreat or working towards a deadline — some sort of time restraint really helps my focus.

I gravitate towards personal narrative or writing about queer people of colour, whether that is in fiction or poetry.

My newest work is a young adult verse novel called The Black Flamingo and it’s about a black queer boy growing up, coming out and becoming a drag performer.

My mentor, Malika Booker, told me when editing my manuscript to print it out and read it all the way through without stopping to make notes or edits — to read as a reader.

It is over a year old now (published in March 2018) but The Poet X by Elizabeth Acevedo really inspired me to write The Black Flamingo as a novel in verse. I had read other verse novels but this one felt so fresh and exciting.

The Master’s Tools Will Never Dismantle the Master’s House by Audre Lorde.

I have been a mentoring a wonderful writer called Elizabeth Ridout towards completing her pamphlet Summon and Other Poems, which will be published in early 2020 as part of Spotlight books from Creative Future, Myriad Editions and New Writing South.

It would be a musical theatre soundtrack. It would sound something like a cross between Cabaret and High School Musical.

11. Which books or authors are relevant reads in our political climate —or one you’d recommend to current world leaders?

I would recommend Wasafiri Issue 98: Queer Worlds/Global Queer because I believe a queer world has the potential to be a free world, but whilst people are still discriminated against on the basis of gender identity or sexuality we are so far from being free.

The Black Flamingo by Dean Atta will be published by Hodder Children’s Books in August 2019. Wasafiri Issue 98: Queer Worlds/Global Queer is available in Kindle and print editions. Watch Dean Atta discuss how the issue came together with guest-editor Andrew van der Vlies here.