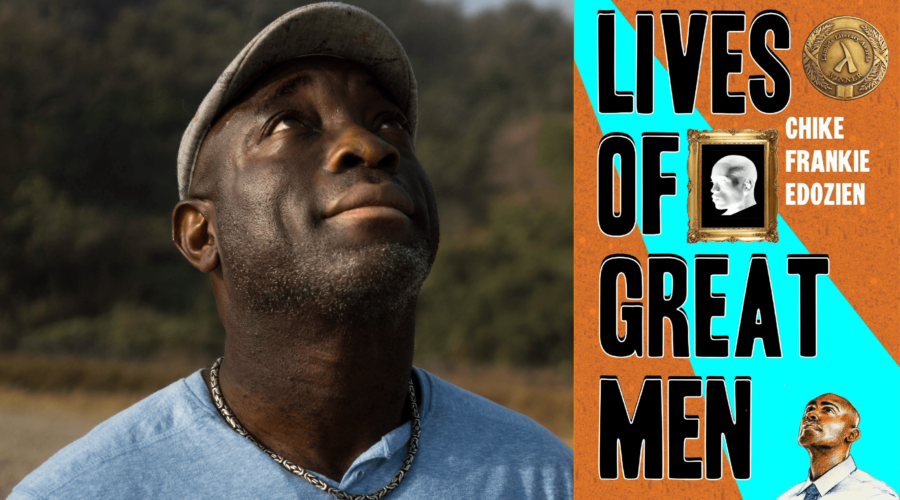 ‘I always find myself drawn to stories that folks don’t hear too much about, particularly if they have to do with Africans or their descendants around the world.’

Chiké Frankie Edozien is a Nigerian-American journalist and memoirist. His memoir Lives of Great Men: Living and Loving as an African Gay Man was published in 2017 the UK and US by Team Angelica Press and was the winner of the 2018 Lambda Literary Award Gay Memoir/Biography category.  In 2018, the book was distributed in South Africa through Jacana Books and in West Africa by Ouida Books.

My first drafts are often the main points in my head; the meat and potatoes so to speak of what my intentions are.

They are simple. Computer, dictionary and flat surface. I love working in libraries, particularly public libraries.

I always find myself drawn to stories that folks don’t hear too much about, particularly if they have to do with Africans or their descendants around the world.

My most recent book is a 2018 Lambda Literary Award winner called ‘Lives of Great Men’ (Team Angelica UK/Ouida Books West & East Africa/Jacana Books Southern Africa) which chronicles the lives, loves and challenges of being a contemporary member of Africa’s LGBT community at home and abroad.

‘Drapetomania’ (Team Angelica) by John Gordon is a stunning work of fiction and ‘A Stranger’s Pose’ (Cassava Republic) is magnificent. Pick them up!

I’ve been in love with Chris Abani’s ‘The Face: Cartography of the Void’ (Restless Books) for a long time but I don’t know if people around the world know how incredibly wonderful this work is. His other work I believe is more popular but this is a tour-de-force. Another book everyone should read it.

It would be unapologetic like all the tracks on Beyoncé’s ‘Lemonade’ but has the joyous refrain from Duval’ ‘Smile’ as we live our best lives.

‘A Return to Love’ by Marianne Williamson.

Lives of Great Men: Living and Loving as an African Gay Man by Chiké Frankie Edozien is published through Team Angelica Press in the UK and US, Jacana Books in South Africa and Ouida Books in West and East Africa.