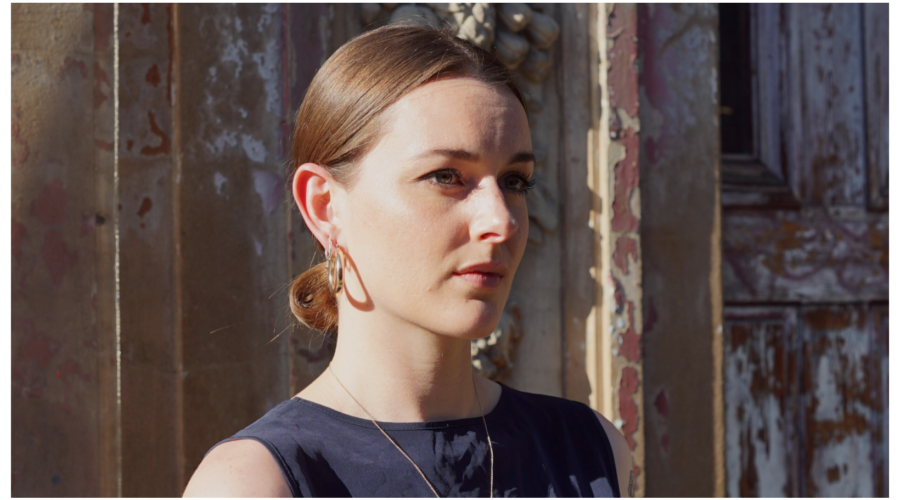 By Wasafiri Editor on September 27, 2021 in Interviews, Wasafiri Wonders

To celebrate the launch of Wasafiri 107, we spoke with poet Cecilia Knapp, the 2020-21 Young People’s Laureate for London, about first drafts, playlists, and themes she gravitates towards in her writing – motherlessness, the body, what we inherit from the women in our lives. Her poems have appeared in The White Review, bath magg, Magma and Ambit, and she was shortlisted for the 2020 Women Poets Prize. Her debut poetry collection, Peach Pig, will be published by Corsair in 2022 – as well as her debut novel, Little Boxes, forthcoming from Borough Press in 2022. Read a new poem by Cecilia, ‘My Brother Quit Drinking Maybe Five Times‘, published in Wasafiri 107.

Collect notes on my phone, often at inopportune moments (on the loo, at a family dinner, in the middle of a meeting), try and set aside one day a week to read through them. Procrastinate. Read. Eventually write a new poem in one frantic burst. Briefly think it’s sublime. Swiftly see its shortcomings. Tentatively WhatsApp it to a writing pal. And repeat. It mostly happens this way. Of course sometimes I take my time, I don’t wish to be flippant, but writing isn’t as simple as just sitting down to do it, is it?

I’m still working hard to find a language for my grief. Each time I think I’ve got it, it shape-shifts into something else, so I imagine I’ll be writing it forever. Other themes I suppose are the anxieties of inhabiting this precarious world — that one’s creeping through a lot lately. My body. Motherlessness. What we inherit from the women in our lives. What we tolerate from men in our younger iterations. I’m quite into moral ambiguity at the moment, the slippery dilemmas and double standards we all turn over in our heads each day.

Something that has something new to say about female friendship. What a fascinating and utterly unique subject.

Crazy by Jane Feaver. What a piece of sheer craft and depth about power and what we tell ourselves we deserve, or don’t deserve.

I read “Orestes” by Euripides, translated by Anne Carson. I found it profoundly moving, as well as funny.

I’m not sure I could say what people have heard of or not but I loved Rheuma by William Gee, published by Bad Betty Press, who do some truly amazing work. It’s a tiny slim pamphlet but it is packed with guts.

A compilation burnt onto a blank CD with the track list written in Sharpie. Some country music (Patsy Kline, Dolly of course) some Spice Girls, some early noughties forgettable indie bands, Bon Iver, a couple of soul numbers full of yearning, some Talking Heads and The National.

10. Which books or authors are relevant reads in our political climate — or one you’d recommend to current world leaders?

Too many to list! Let’s go with How to Wash a Heart by Bhanu Kapil, Don’t Call us Dead by Danez Smith, Citizen by Claudia Rankine, Luster by Raven Leilani and Weather by Jenny Offill.

Listen to Cecilia Knapp read her poem ‘My Brother Quit Drinking Maybe Five Times’ on our YouTube channel, or read the poem in Wasafiri 107: Crisis/Recovery.