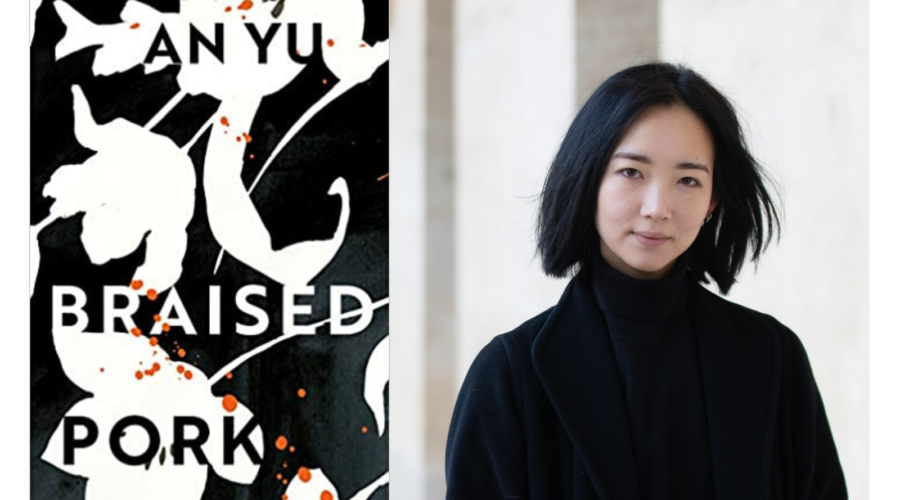 Writing is one of the most unpredictable crafts.

Novelist An Yu grew up in Beijing, and has lived and worked in New York and Paris. Her first novel, Braised Pork – reviewed in Wasafiri 105 – was published last year. It traces the story of Jia Jia, a young woman who finds her husband dead in her apartment, and follows her through nocturnal Beijing to the plains of Tibet. A finalist for Glamour Train‘s Short Story Award for New Writers and Dogwood‘s Annual Contest, An Yu is also the co-founder of YU, a jade jewellery brand. She speaks to Wasafiri about first drafts, favourite books, and writing about the unknown.

Surprising, even to myself.

As long as my dogs are asleep, I can write whenever and wherever.

So far, I’ve found myself writing a lot about loss, isolation, love, belonging, womanhood, and redemption. I’m also rather fascinated with the unknown — those unknown to the world as well as the more intimate mysteries unknown to ourselves. I can often find a great deal of clarity in metaphors, so I tend to use the writing process as a way to make sense of things that are complex and ambiguous to me.

It’s so difficult to come up with a single book that I want to be known for. It seems like that would be so limiting!

Writing is one of the most unpredictable crafts. Learn to embrace the unknown rather than fight it.

Another thing I always keep in mind is that getting to the finish line of the first draft is the hardest part. Most stories don’t make it there, so no matter what, get to the end first.

The past year has been such an impressive year for writing. I find it difficult to name a favourite, but a book I greatly enjoyed is Vesper Flights by Helen MacDonald. It felt like the book I needed to read during this chaotic year. It’s beautiful, meditative, with some very urgent messages.

Jakob Von Gunten by Robert Walser and I’m so glad I did.

I read Vertical Motion by Can Xue a couple of years ago and I keep going back to it. It’s such a strange collection of stories yet all of them are endlessly inspiring to me.

Perhaps something like Béla Bartók’s night music – watery and lonely.

Braised Pork by An Yu is reviewed by Crystal Koo in Wasafiri 105, available here.