Wasafiri at Large: Reinventing the Book in Malaysia 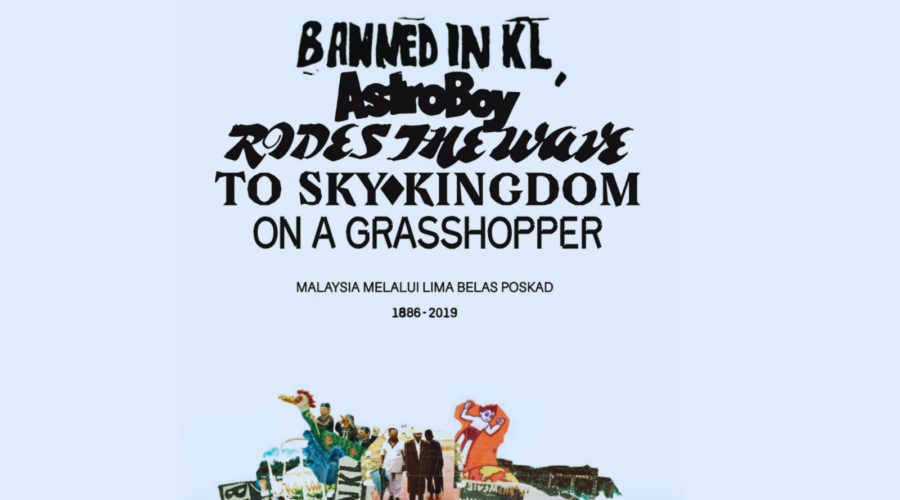 By Wasafiri Editor on July 19, 2021 in Articles, Editors at Large, Wasafiri at Large

Earlier this year, Wasafiri was joined by five new Editors at Large based in Southeast Asia and Aotearoa New Zealand. In the coming months, as part of our new Wasafiri at Large series, each Editor at Large will shed light on their local literary scene.

William Tham Wai Liang, based in Petaling Jaya, Malaysia, was formerly Senior Editor at Vancouver’s Ricepaper magazine. His newest novel, The Last Days, is set in 1981 and covers the ongoing legacy of the Malayan Emergency. His first book, Kings of Petaling Street, was shortlisted for the Penang Monthly Book Prize. In this piece, William reflects on the current state of publishing in Malaysia as a multilingual literary landscape where Malay, English, Mandarin, Tamil and other dialects and indigenous languages all intersect. Against a backdrop of complex colonial history, William spotlights new indie publishers who are currently ‘reinventing the Malaysian book’, and in doing so, reinventing history.

‘Malay is so hybrid that it cannot possibly be lost, for how do you lose a hybrid?’

Reading and writing Malaysian literature, and by extension navigating everyday reality, ultimately returns to the question of language.

How do I come to terms with language hybridity and attempts at uniformity and hegemony? How do we reconcile the national language, Malay, as promoted by state institutions and what Rachel Leow calls the ‘language planners,’ with these Othered languages: English, Mandarin, and Tamil? Officially, as the prime minister said in The Straits Times in 1971, the answer is to have an indigenous cultural bedrock, to which ‘we must add beneficial, invigorating elements from other cultures that have come into the country.’ In the wake of the ethnic riots of 1969, nation-building was a top-down, heavily policed process. Literature and the book trade would have to obey the sweeping Printing Presses and Publications Act of – fittingly – 1984.

The past lives on — although with the disruptions of Covid-19 it feels less salient, more background noise than anything else. Yet the legacy of the past means that writers, publishers, distributors and readers are divided, treading uneasy ground.

The deepest roots of Malaysian literature’s contemporary problems go back to the period of decolonisation and its shifting policies, which T N Harper explores in The End of Empire and the Making of Malaya. The ‘Malayanisation’ policy constructed by the outgoing British colonial government saw language become a key cornerstone in the battle. English was displaced as the fledgling national language by Malay, itself fuelled by loanwords, Indonesian influence, and romanisation of the traditional Arabic-based Jawi script.

The result? The slogan: ‘Bahasa Jiwa Bangsa.’ Language is the soul of the Nation. Yet what exactly was this nation, and who were its members? Even the new, formalised Malay language was an artificial creation, based on the ‘pure’ Malay dialect of Riau, as Rachel Leow has explained.

Malay is my second language. My socialisation and writing has been almost exclusively in English. As Sharmani Patricia Gabriel writes, English ‘rightfully has a place in the local literary corpus’ where it engages in constant rebellion against authoritarian narrations. But realistically I still operate in a small circle, no matter how much ‘internationality’ such proficiency allows.

Previous experiments in the hopeful pre-Independence years had been for naught. Hampered by discouragement from university staff, idealistic students at the University of Malaya who were engaged in creating a new hybrid language called ‘Engmalchin’ eventually abandoned the project. As much as ethnicity and history play their role, class effects the consumption and production of literature, tracing its lineage back to the colonial era, where differentiated access to education, particularly an English one, remained split along urban-rural lines.

Tash Aw and Tan Twan Eng, two prominent names, both attended the same school in Malaysia, not far apart, before going on to study in the United Kingdom. Aw’s unease about class dynamics is pronounced in his writing, especially in Strangers on a Pier: ‘ … life will be reserved for a select few, those among us who are detaching themselves and forming an exclusive class within a class …’ Furthermore, their literature detaches itself from ‘National Literature,’ which is by definition written in Malay and draws on the resources of state support. Even this state enthusiasm seems to have worn out, with English seeping back into greater visibility.

This is thanks to the work of independent publishers less wary of convention, exploring in particular the uneasy urban core. Deric Ee, editor of the latest volume of the popular series KL Noir, describes how he ventured into the darkness of Malaysia’s urban life ‘to focus on noir as moral ambiguity, because noir can and does exist in the open, in daylight.’ These works are grounded in the everyday reality of urban Malaysia (the vast Klang Valley conurbation, usually). Meanwhile, literature in languages such as Mandarin find their fullest expression abroad, with many Taiwan-based émigré writers telling their own Malaysian stories. But on the ground, the silos are waiting to be breached.

Class and affluence determine book buyers’ choices in Malaysia, where expensive imported books are widely consumed. This has been broadened by the practice of remaindering; many of the books that arrive are highly acclaimed and cheaper than virtually all domestic publications. Veteran bookseller Raman Krishnan particularly opposes this trade, and notes how the Anglo-American book trades maintained a huge influence over Malaysian and Singaporean markets in the immediate post-colonial periods.

Within Southeast Asia, there is little crosstalk. Its literature is measured against the metropole — usually New York or London, but increasingly Singapore, where Penguin Random House has expanded from its Indian subsidiary. How can locally produced books compete, or even remain relevant?

The long-term survival of the local book trade – regardless of language – depends on translation and innovation, buttressed by state support. Yet perhaps an alternative is to reject these established notions premised on consumption, power dynamics, capitalism and economies of scale.

cloud projects, a small collective and publisher of critical and intimate books, blends research and contemporary design into texts ‘forging worlds of possibility.’ Operating with a strong belief in the ‘copyleft’ model, cloud is reinventing the Malaysian book — making it more than just a vehicle for ideas. They emphasise the materiality of the book as an object. As they explain, their aim is:

to define the world as we see it, not vice versa. There’s an atlas that’s being created with each publication: a world of influence, affect, and adjacency that is being built … that defines our political, intellectual and ideological stakes: this book is but one experiment in a larger project to redefine the book object.

Their first book was playfully irreverent: a reinvestigation of ‘Official History’ as told through a collective memory of found images – the bilingual Banned in KL, Astro Boy Rides the Wave to Sky Kingdom on A Grasshopper, made available by cloud projects to read in free PDF-form. Behind the tear-out postcards and funky stickers is an alternative conception of a nation that could have been. The project bypasses the commercialised digital space and enables greater involvement of Malaysians in the circulation of knowledge and research, especially given the country’s marginal location in the global and intellectual economy. Such disruption may be the impetus for a more inclusive form of nation-building and a second ‘merdeka’ – independence.