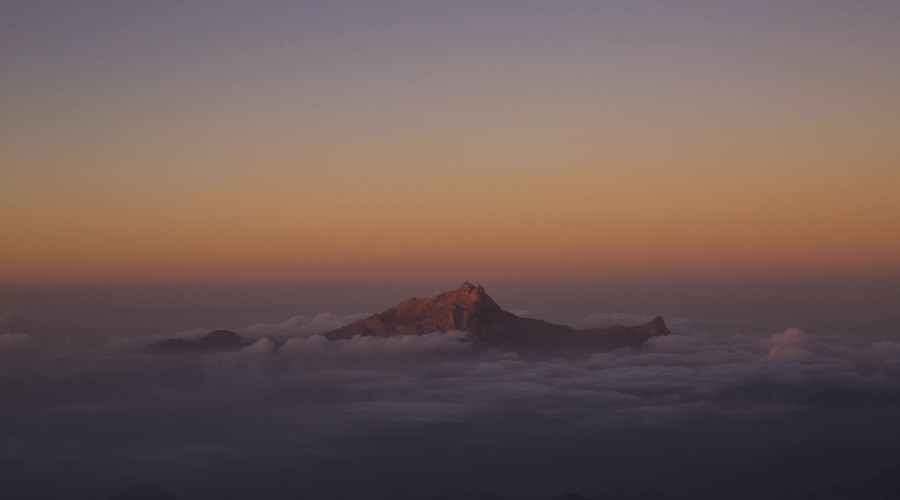 By Wasafiri Editor on September 14, 2022 in Poetry

In these two bilingual poems, Reem Abbas probes notions of language, family, and voice. Elegant and rhythmic, Abbas makes use of the gaps between words and worlds, raising questions of home and remembrance.

Wasafiri 111: Translating Lives, examining the nuances and meaning of translation across the world, is available for order here.

ها يا ريم طمنيني كيفكم؟. Nana rings for it has been twelve
hours since we last spoke and the image of us veering

off Al-Baha’s sharp turns perturbs — this free-wheeling
polished body being tossed into air, glistening under a

desert sun like a fish breaks surface to flash its scales. But there is
neither water nor earth, only painted doors of ramshackle homes

hidden by fog and a perilous plummet. I look out onto
colourful doors and reply, we’re fine. كأننا

طالعين المهاجرين my sister observes, and I ask: why is it
called ‘The Immigrants’? My back presses into the seat as we swerve.

Ears patient, I strain for Baba’s glottals over music and white
noise. We zip through views of cities ancient and old, hit brakes for packs

of baboons that cross the streets of both. Sometimes, Baba says, they even
occupy houses that are مهجوره Instead of snapping shots

أحمر. I have been trained to detach, to know only a handful
of fragrant tropes. So I read with Oriental eyes while inertia

bends and hurls my body, sends flying whips of hair —
but here, a voice of cool turquoise lyricises:

and there’s no mistaking the melancholia with which the nay
apostrophises after a lost bīlād. How do I, whose trun

cated Syrian syllables, I, whose g’s are no longer hard, whose
ط is lost to translation, whose Nana must lip-read to understand

speak to you? Baba’s eyes catch mine in the rear view and in them are
Spenser and Darwish, Hafez and Hîkmet. In what ear do you re

sieve my words; I hear my own? Micro-aggressions
and false assertions. Politics and poetics. هجره and home.

It came to her through the pitch of night.
Travelled speeds like closing space, bodies before impact:

It came as a frequency incessant through layers of sleep,
through sticky eyes fumbling for a phone. The voice

was calm, barely audible in the silence of night.
So much like her mother’s it strained through

So unlike her mother’s rippling alphabet, it
spoke of silence and sleep. Laylat-ul Qadr and heaven.

It’s a blessing, she’s lucky — firdaws forgiveness firāq.
This night, an absence and a presence, marks a

Doubled over up and out, her body remembered sujood,
purge so much like prostration. It came to her in

broke her fasts with a cigarette, inhaled fumes like
fresh air, clouds of bakhour. She remembered in

white spots and teased vision, fast acid sting that prickles skin:
the waning moon, perishing, told her it was Ramadan.

2. Laylat-ul Qadr: the night in which the first verses of the holy Quran were revealed to prophet Muhammad (saws).

Reem Abbas is a polylingual poet-critic. She has published her poems in PNR, PBRUM, ArabLit Quarterly, and in the philosophy journal Crisis and Critique. She was one of the Poetry Translation Centre’s Undertow Eight from 2021-22. She is currently writing her PhD on the classical Persian literary influences on the work of Basil Bunting at the University of Cambridge. 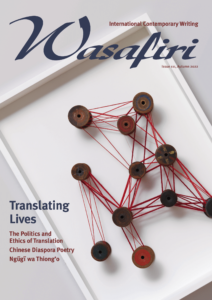