To be Birthed in Water by Hana Pera Aoake 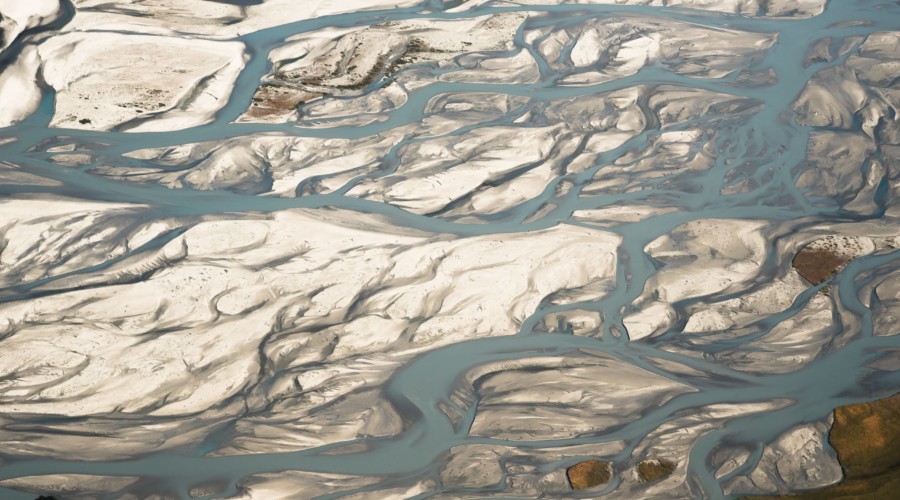 Hana Pera Aoake (Ngaati Hinerangi me Ngaati Raukawa, Ngaati Mahuta, Tainui/Waikato, Ngaati Waewae, Kaati Mamoe, Waitaha) is a writer and artist from Aotearoa New Zealand. Their work is concerned with realising Indigenous sovereignty through the body, and through the whenua – the land. Their first book, a collection of political and poetic texts titled A bathful of kawakawa and hot water, painted a radical, tender vision for an anti-capitalist, de-colonial future for Aotearoa and beyond. In this piece, coinciding with Wasafiri‘s Water issue, Aoake writes vividly about the many interconnected bodies of water that make up their ancestry, their body, and their future.

At night I dream I’m walking along a black sand beach. In the water are thousands of bioluminescent invertebrates or algae. With each step I disturb the sleeping algae and it lights up a brilliant blue colour. It emits this light as a defence mechanism. I lie down in the shallow waters and the veins inside my body begin to emit the same colour of light, all flowing through and around the little bump on my stomach.

When I fly over Aotearoa, I follow a map of all the different waterways of my tuupuna, my ancestors. Through my mother I am Scottish, Irish, Jewish and Maaori from Ngaati Waewae ki Kaai Tahu, Kaati Mamoe and Waitaha tribes in the South Island. Through my father I am Maaori and Ngaati Mahuta, Ngaati Hinerangi e Ngaati Rukawa, Ngaati Haua and Ngaati Maniapoto tribes all in the Waikato in the North Island. My father is also English, Jewish and Romani. When I have to introduce myself in Maaori, I often just stick to the ones I have the closest affinity to, although my body connects to all of these places.

A te ao Maaori view of ‘New Zealand’ is that it is upside down, and that Te wai pounamu, the South Island, is the top, and the North Island, Te Ika-a-Maaui, is the bottom. It is said that the famous trickster Maaui scooped Te Ika-a-Maaui up with his giant hook, while using Te wai Pounamu as a waka or canoe.

Currently, I am hapuu. When I think of how to describe this phrase, I would say it means both ‘to be pregnant’ and it refers to one’s sub-tribal group of people, both alive and deceased. Being hapuu means I am carrying the past, present and future. I am four months pregnant, and I am told by my midwife that my body is doubling the amount of blood for the baby growing inside me. When I visualise this, I think of the journey my ancestors took to arrive here in Aotearoa. They crossed many waterways that I imagine look like the veins running through my body.

The waterways of my mother

In an aeroplane, when I look down at the glacial-fed braided waterways in Te wai pounamu, which zip through Ka Tiritiri-o-te-Moana, the Southern Alps, I think of my veins. I imagine the process by which the glaciers feed these waterways. A glacier is a huge river of ice moving slowly down sloping terrain. It feeds on a diet of snow, carried by wet winds in more stormy latitudes.

The glaciers in Aotearoa are dying, they are slowly melting, but still the ‘clean, green’ image remains. During the Black Summer bushfires in Australia in 2019-20, winds carried dust across the Te Tai-o-Rehua that stained the glaciers brown. We woke up to a hazy orange sky. The Guardian reported that the rate of glacier melt would increase by 30%.

These south-westerly winds that carried the dust we call Whakarunga, or as otherwise known, ‘the roaring forties’ — these are the winds we used to navigate across the Te Moana-nui-a-Kiwa, the Pacific. We navigated here by following the moon, the stars and the tides, using a kaapehu whetuu, a star compass. We were propelled here by Te Puunui o Te Toka 700-1000 years ago, a significant amount of time before European colonisers arrived and ‘discovered’ Aotearoa.

Kaa Tiritiri-o-te-Moana lie between the geological plates of the Pacific Ring of Fire and the Indo-Australian plate. The highest maunga is Aoraki. Aoraki is more than maunga; it is my ancestor. When introducing myself, what is known as a pepeha, I would say: ‘Ko Aoraki toku maunga.’ I am of the mountain Aoraki. Aoraki, alongside their siblings, brought their great waka down from the heavens in order to visit their father Raki, the sky father, and new stepmother Papatuuaanuku, the earth mother. Aoraki and their siblings intended to separate their father from his new-found love, but were unsuccessful. They decided instead to return to the heavens to be with their mother, Pokoharua-te-poo.

Aoraki began reciting a karakia, an incantation, but stumbled over the words. Their mistake caused the canoe to fall back into the water and turn on its side. The siblings panicked and climbed onto the back of the overturned canoe, where they became stranded on a rock. As time passed, Aoraki and all their siblings turned to stone. As their hair turned white, they became the highest peaks of Kaa Tiritiri-o-te-Moana. This is the reason my mother’s people of Kaai Tahu, Kaati Mamoe and Waitaha call the South Island ‘Te Waka o Aoraki.’

The waterways of my father

Taniwha are mythical shape-shifting beings that shaped many of our rivers and waterways. In Te wai pounamu, it is said that they reside in dangerous currents and resemble giant lizards or eels. Taking the form of a tohora or whale, Pane-iraira was a taniwha who swam with my father’s Tainui waka all the way from Hawaiki to Aotearoa. Pane-iraira was our protector and allowed us a safe passageway across the great ocean. The last time Pane-iraira was seen was in the Hauraki Gulf, near the island Tiriti-matagi, possibly in the year 1863. The appearance of Pane-iraira was regarded as a tohu, a bad omen of what was to come — the invasion of the Waikato by the European invaders in 1863-64. Waikato is the homeland of the Tainui people.

The most famous area for Taniwha is the Waikato. A common saying goes: ‘Waikato taniwha rau: he piko, he taniwha, he piko he taniwha.’ Waikato of a hundred Taniwha: every bend there is a Taniwha. The Waikato River is 425 kilometres long and begins at the slopes of the maunga Ruapehu, replenishes in Lake Taupoo, and flows out to the sea at Taamaki Makaurau, Auckland.

The Waikato is the river and I belong to the Waikato river.

The waterways of my baby

Ranginui and Papatuuaanuku were entwined together with their children in darkness before they were forced apart and into the world of light. Another story states that before Papatuuaanuku, Ranginui was married to Wainuiatea. Wainuiatea is the birthing waters where Papatuuaanuku was submerged before rising from the ocean. Wainuiatea is amniotic fluid, the fluid in which we exist before we are born, in a space called te whare waananga, the house of learning. It is the space where we learn and grow. Wainuiatea lives in our bodies always; we are made of up to eighty per cent water. The baby I am carrying resides in my te whare tangata, my womb.

As Maaori our bodies are synonymous with life, as in the phrase ‘tangata whenua,’ with ‘tangata’ meaning people and ‘whenua’ meaning both the land and the placenta. When this baby is born, we will bury its whenua in the shared tribal lands of my partner and I, in Kaawhia on the east coast of the North Island. It is the site where my waka Tainui landed, and is just one of my partner’s waterways.

Sixteen different waterways all connected to a single being. To have and carry a child, as a Maaori, is special for a number of reasons beyond the common discourse repeated by European settlers in the early 20th century that we were a dying race — one that did in fact not die. I am having a child despite the fact that we die younger than our European counterparts, that we are more susceptible to disease, that we are more often living in poverty, that we are more often in debt, that Maaori women are the most incarcerated Indigenous women in the world, and numerous other statistics stacked against us. To have and carry a child is special because it draws together the past and present. It gives us hope for the future.

As Maaori we oscillate constantly between worlds: matauranga Maaori and matauranga Paakehaa. I was once told that it’s not a burden but a gift: a way of being able to walk through multiple worlds at once. This way of being is what Martiniquan philosopher Édouard Glissant described as opacity, or rather, the right to demand opacity. Opacity is an ethical stance against imperial domination. According to Zoé Samudzi, this right to opacity stands for a place where we aren’t forced or compelled to make people’s identities legible. Instead, we embrace differences or complications without being tied to any form of hierarchy. We reject Western modes of understanding as the only way of being. Through this right to opacity, this ability to oscillate between spaces and worlds, we can reject the over-simplification of the diversity of Maaori. As Rangimarie Mihomiho Rose Pere writes, our ‘lives and institutions were far from static and consistent before the arrival of the Paakehaa, and have certainly not been so since.’

The question I hate the most about this baby I am carrying is: ‘Do you know what you’re having?’ followed by ‘Don’t you want to know if it’s a girl or a boy?’

I usually answer: ‘I’m having a baby.’

Given all the waterways convulsing inside me, it seems like a stupid series of questions. My baby is more than a singular coded gender. It is many rivers, lakes, oceans and glacial mountains. As Annie Mikaere writes, the gender binary was enforced upon us through colonisation; there was no pre-colonial hierarchy of the sexes in the labour we performed, or even in te reo Maaori, as both the personal pronouns (ia) and possessive personal pronouns (tana/tona) are gender neutral.

I often think of Paul B Preciado’s An apartment in Uranus, where he wrote: ‘I am not a man I am not a woman I am not a heterosexual I am not homosexual I am not bisexual. I am a dissident of the sex-gender system. I am the multiplicity of the cosmos trapped in a binary political and epistemological system, shouting in front of you.’ How can bodies be defined in such arbitrary terms like ‘boy’ or ‘girl’? A body is disobedient; it is a river flowing backwards and splitting off in many directions. Just as my body is not one singular being, so is this baby swimming in Wainuiatea inside my womb.

It feels strange – sometimes a heavy burden – to bring a child into this world during a time of perpetual crises. At the same time, hope for what the future might bring, and the work we must do to protect that future, is enough to make these anxieties feel superfluous. This baby will be birthed in water, protected by water.

Photo by M on Unsplash