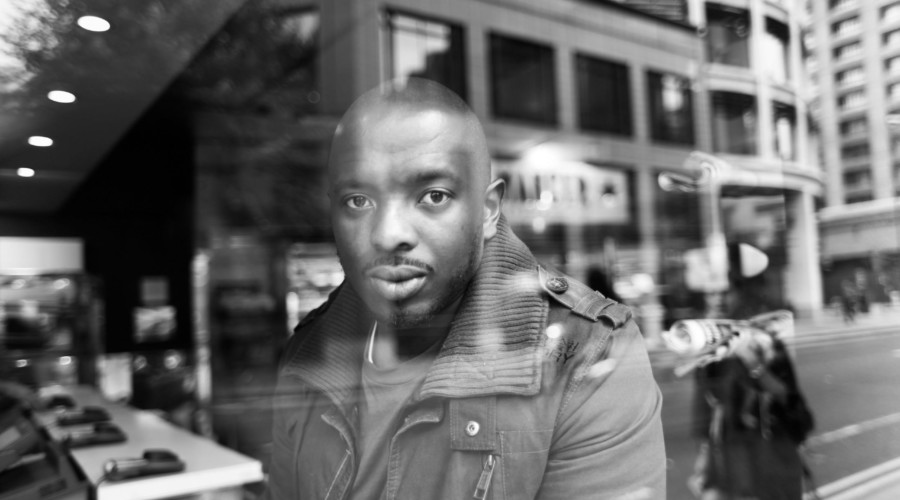 Rumi said Everything that is made beautiful and fair and lovely

my mother met my father, Steven Speilberg had just wrapped

on American Graffiti. Over black coffees and buttered scones

with George Lucas, he wondered and imagined a movie about

an archaeologist in a leather jacket, felt fedora and a three-day

beard who carries a bullwhip and runs around the globe seeking

ancient relics and lost civilisations. Two years later, back in the US

the story his childhood dentist would tell him while he was

getting his retainers. His dentist, let’s call him Michael, had just

removed Kaufman’s braces and says, Just as chest is the home

of the heart so the Ark of the Covenant was the home of our God.

Kaufman’s chest is beating as Michael takes a dental impression

of his upper dental arch. A circle is both its end and beginning.

As Kaufman bites down on the alginate Michael begins: You

have Noah’s Ark (ta-va), the floating zoo that carried the remains

with outstretched wings between which God’s presence dwells.

Kaufman gurgles before he asks: Why Gold? Gold, Kaufman, predates

the formation of the Earth, gold is a proxy to symbolises the glory of God.

A grenade goes off in Kaufman’s mind. In the dentist chair he freeze-frames

what will become the Well of Souls sequence. Spring of 1980 North Africa

and Harrison Ford is the man with a whip. In the red heat, Speilberg

hands him a fifth draft. Through a megaphone he growls, Remember

Indy, not all problems can be solved by believing – and Action!

To enter a desert is to enter a sea. Reader, when I was king, there was no face of man I could not carry. As your sovereign, the kingdom was my chorus. I did not fear the night and its terror. I lived as a kite above men. Dressed my subjects in Persian silk and brocade. I adorned their staffs with gold from Bure. Gold was my true advantage binding the serpent of one’s will to the dragon of one’s spirit. When I was king, my beloved followed as if I were

another road, a way to heaven. She covered my hands in dust. The whites of her eyes never left me. When I was the wick, she was the flame. When I was the scale, she was the balance. You were my light in this world. Were we not better than Thebes and its valley of kings, where the Nile’s water surrounded us? Where we lived as pilgrims in a town void of walls and solid buildings. When I was king, in the month of Rajab the Amir escorted

me on horseback to Cairo. Did we not lavish them with rare confection?  Did we not treat them with difference? In the Souks what quarrel did we have with shadows, and custom? In the parlours and the street-corners what did we not purchase from the vendors? Gold had no equal. When it was spent, we continued to Mecca. A flock of birds followed our trail as well as bandits. They left me with nothing but my people. But it was you Creator who brought me to silence at Mount Arafat. Not thirst or hunger. You were the column of smoke. The light on my crooked path. Now that you have found me don’t leave me to this earth? I have no need of it. Enough!

The Founder of Obsidian, Nick Makoha is a Ugandan poet and playwright and based in London. His debut Kingdom of Gravity was shortlisted for the Felix Dennis Prize and nominated by The Guardian as one of the best books of 2017. A Cave Canem Graduate Fellow and Complete Works Alumni, he won the 2015 Brunel Prize and the 2016 Derricotte & Eady Prize for his pamphlet, Resurrection Man. He was the 2019 Writer-in-Residence for The Wordsworth Trust and Wasafiri. His play, The Dark, was directed by JMK award-winner Roy Alexander and shortlisted for the 2019 Alfred Fagon Award. He has been involved in TV marketing campaigns for Voices Nationwide: Celebrating Fatherhood and the Gillette, Being A Man digital campaign for The Southbank Centre. His poems have appeared in The New York Times, Poetry Review, Rialto, Poetry London, Triquarterly Review, Boston Review, Callaloo, and Wasafiri.