The Wait by Pauline Walker 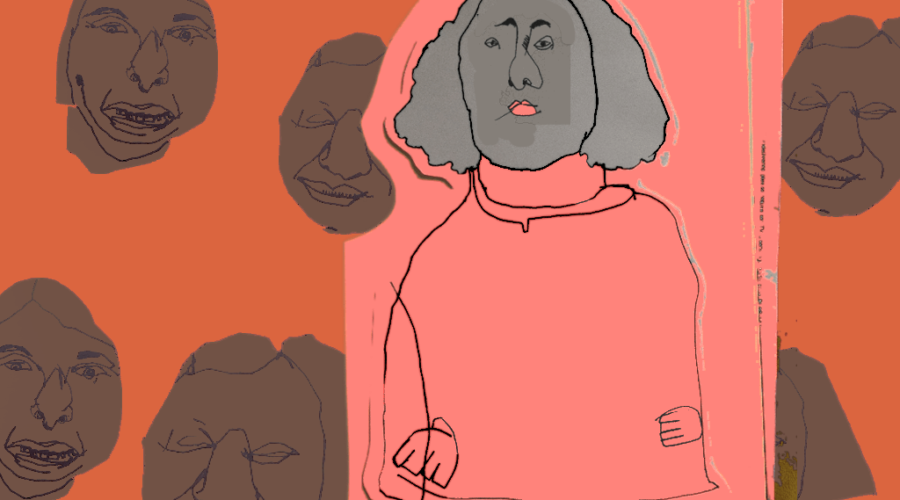 From the harbour she looked like a tiny black beetle scurrying up the hill towards the oblivion of the horizon.  The sinews in her thighs burned and her fingers were numb from the bags she carried filled with potatoes, yams, breadfruits and acres of cotton muslin.  When she reached the top of the hill she left the dusty road and stepped up onto the grey, wooden porch.  The bags were dropped inside the darkened hallway of the house before she returned outside.

She dragged a rocking chair from the corner, scraping the splintered floorboards, and positioned it to face the harbour.  Gripping the top rail of the porch for a moment, she squinted at the light shimmering across the indistinguishable silver-blue of sea and sky.

Flexing her fingers, she tried to relax to the hummingbird’s song and the breezy clapping of bougainvillea leaves.

She rocked and waited.

Rivulets of sweat from the nape of her neck filled the groove channelled into her back.

After an hour a familiar hovering black stick emerged from the rippling heat.  It was bent over with the effort of gliding up the hill.  It began to expand and soon she saw the heat haze pulsating between two legs, a black fedora perched jauntily on one side of the head and the suit she had brushed clean that morning.  She didn’t notice his heavy breathing as he shook his head to ward off the flies; her eyes were riveted to the yellow sheet in the curve of his left arm and the baby’s head protruding from it.

The wait had been too long.

The rocking chair creaked to a stop then swung noisily back and forth as she sprang up and ran to meet them.  Clouds of dust rose, fell, settled.

Pauline Walker is a London-based writer.  ‘The Wait’ won the top fiction prize at the 2017 Creative Future Literary Awards.  Her short story ‘Left of Earth, Right of Venus’ was published in the anthology Shortest Day Longest Night by Arachne Press (2016).  She was commissioned by Tangle to write a Shakespearean sonnet to commemorate the 50th anniversary of Martin Luther King’s ‘I Have a Dream’ speech.  She is currently writing a novel The Truthteller’s Tale and was invited by theatre company, Spare Tyre, to read extracts from it at their Invisible Women festival last year.

This has been published as part of a series celebrating Windrush Women.