The Temporality of Belonging by Penny Green 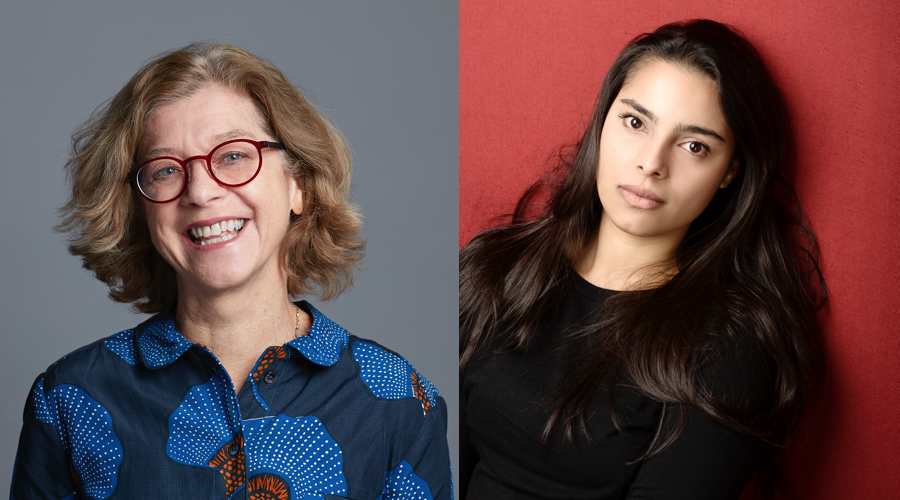 By Wasafiri Editor on January 4, 2021 in Articles

Penny Green – Professor of Law and Globalisation, Head of the School of Law, Queen Mary, University of London – reflects on borders, racism and Myanmar’s genocide and responds to Margarita García Robayo’s ‘From This Place on the Border’—published as part of the Queen Mary Wasafiri Global Dispatches initiative, an essay series of exchanges and conversations between creative writers and academics.

In her provocative essay Margarita García Robayo asks: why is it that readers in the first world – whom she presumes are mostly white – found two brown Latin American characters to be so racist? In answering she describes the fluidity of racial and class borders in her own close Colombian Caribbean circle and exposes the sometimes deluded character of self-identity which distinguishes and divides the rich from the poor. For García Robayo the borders she identifies are found within the family and community. A similar concern with self-destructive racism, albeit on a different scale, emerges in my own research on the genocide of the Myanmar Rohingya. Here, brown Buddhists were pitted against, sometimes, darker brown Muslims in an effort to advance a brutal ethno-nationalist project. Most striking about this ideological project, and in sharp contrast to Robayo’s question, was the reluctance of the world to acknowledge the dreadful crimes of a beautiful pale brown genocidal leader.

Aung San Suu Kyi is a racist. It’s one of her defining qualities. Accordingly, and driven by the Burmese politics of ethnicity, borders, race and ethnic identity have informed her leadership of Burma since 2015. In many respects racism, manifest in the form of ethno-nationalism, was the thread which linked her ‘party of democracy’ with the brutal military dictatorships which preceded it. Ethnicity is a key defining characteristic of Burmese political life and also trumps class in terms of the political organization of the opposition. Since 1948 civil war has raged on Burma’s extremities and the rebel armies of ethnic groups like the Kachin, Shan and Chin continue to fight for greater autonomy against state repression.

The Rohingya, however, do not have an organised armed opposition but they have been targeted for elimination by a state obsessed with the supremacy of one religion, Buddhism and one ethnicity, Bamar.

I have been working on Burma’s state crimes for many years, both inside Burma during the early stages from 2012 and most recently in the Bangladesh refugee camps which themselves represent the brutal dénouement of Burma’s racist plan of Rohingya annihilation. Borders feature prominently in this genocide. Reading Margarita García Robayo’s piece encouraged me to think a little more expansively about the range of borders that the Rohingya have been forced to negotiate as the accretion of genocidal violence engulfed them. In the broadest terms borders have been made, un-made and re-made through a genocidal process which has a lineage of at least four decades. These borders, material and ideological, can be understood as demarcating spatial, ethnic, political and religious spheres. Where once Rakhine Buddhists and Muslim Rohingya lived together as neighbours, apartheid came to define the Muslim condition of life; the borders of Rakhine state became impassable for Muslims and the Naf River – dividing Myanmar from Bangladesh – became a site of refuge.

The Rohingya have a centuries-long presence in Burma and lived (with a small remainder continuing to live) predominantly in Rakhine state which at its northern border meets the Naf river, the modern divide between Burma and Bangladesh. When I first began working on the genocide there were an estimated 1.4 million Rohingya living in Rakhine state and they occupied around one third of the state’s population. The majority population were, and remain (but in even greater proportion), the Rakhine, a Buddhist ethnic minority who retained citizenship rights when in the 1980s ethnicity was the key determinant. The Rakhine, despite the devastating underdevelopment and poverty of their home state saw salvation, not in solidarity with their Rohingya neighbours, but instead in alignment with the Burmese state and its scapegoating of those neighbours.

In the earliest phases of the genocide the borders imposed on the Rohingya were largely ideological. The state made clear that Rohingya was not a Burmese identity. Officially they were described as ‘illegal Bengali immigrants’ or worse, ascribed the pejorative racist label ‘kala’.

The denial of identity found explicit manifestation in Aung San Suu Kyi’s declaration that the word ‘Rohingya’ was not to be used by foreign diplomats. In fact, Aung San Suu Kyi publicly instructed the America ambassador, in 2015, that the word ‘Rohingya’ was not to be used in any communications. Rather, she declared, the Rohingya were to be described as ‘people who believed in Islam and who live in the Rakhine State’. In a country with 134 recognised ethnic minorities the Rohingya were outcasts. Rohingya were stigmatised and dehumanised through a process which marked a very clear border between those who were officially Burmese (i.e. those who were recognised as worthy of Burmese citizenship) and those who were not. Skin colour, ethnicity and religion determined such worthiness.

Hate campaigns, focused on demonising the Muslim minority, were orchestrated by ethno-nationalists and racist Buddhist monks but always and most importantly sanctioned by the Burmese state. The Rohingya were portrayed as illegal immigrants, terrorists bent on achieving Muslim dominance inside Burma, polygamists, business monopolisers, and in the most extreme and bizarre expression, monsters who eat their own children. In such an atmosphere of dehumanisation violence becomes inevitable.

Sporadic, targeted violence (both legislative and physical) did indeed follow. The Myanmar state’s 2015 ‘Protection of Race and Religion Laws’, threatening in themselves, represented a very clear warning of what was to come. These laws harnessed and institutionalised Buddhist fears about Muslim population growth, culture, religion and potential ‘contagion’ by introducing restrictions on interfaith marriage and religious conversion, outlawing the already outlawed practice of polygamy and providing mechanisms to control the reproduction of certain minority groups. Combined, they represented a formal act of aggression, an endorsement on the part of government to stigmatise, monitor and control Muslim cultural and reproductive practice. These laws also presaged targeted physical violence.

In 2012, the Rohingya living in and around Rakhine state’s capital Sittwe were to experience two brutal pogroms, orchestrated by Rakhine nationalist politicians. Some 140,000 Rohingya were forced to flee their burning homes, homes they were never to return to. Sittwe now became an exclusion zone, the boundaries of which formed a new border to which the newly dispossessed, languishing in squalid detention camps, were forever denied access. For the remaining 4,500 Rohingya whose homes in the Sittwe district of Aung Mingalar were saved, life was now confined to a ghetto, the borders of which were secured by seven military checkpoints. Rohingya villages in the region too became effective prisons from which escape posed the ever present threat of state and Rakhine violence.

The borders of these camps, prison villages and Aung Mingalar ghetto, ensured a condition of systematic weakening and social death. Here Rohingya men, women and children were, and continue to be, denied the right to health care, to education, to work, to freedom of movement and to adequate food. In this socially and politically weakened state the Rohingya became increasingly vulnerable to mass violence. Many thousands attempted to flee Myanmar by boat hoping for salvation in Malaysia, Indonesia or Australia. Those who survived the perilous sea journeys without falling victim to drowning or the trafficker slave camps in Thailand struggled to find work, recognition and asylum.

For Burma’s Rohingya, the final stages of genocide – annihilation and erasure – were to follow. In 2016 and 2017 the military waged what they described euphemistically as ‘clearance’ operations in northern Rakhine state. This genocidal assault resulted in the killing of some 20,000 people, the destruction of over 350 villages, hundreds of mass rapes and the mass exodus of 800,000 terrified Rohingya across the Naf river. Aung San Suu Kyi’s response was Trumpian – ‘Fake Rapes’, ‘Fake News’ she declared on her official Facebook page – and was at pains to defend the military she had long professed to love.

In the immediate aftermath of the mass annihilation, Aung San Suu Kyi made her first visit to Rakhine state—a triumphalist arrival by helicopter, flanked by generals, during which she reassured the Rakhine community of her commitment to them and that peace and harmony would now follow. Remorse was not on her agenda. Aung San Suu Kyi had made absolutely clear that the bodies of dark skinned Muslims are beyond her own and her country’s sphere of obligation. Worse, she has actively collaborated in their annihilation. And the Burmese Rohingya … they remain a people defined and imprisoned by multiple borders, without a nation and cursed by the racial politics of a country they still call home.

In 2020, with our immediate horizons limited by the pandemic (though horizons far less limited than those experienced by the Rohingya), we are again reminded of the fluidity and fragility of material and ideological borders. We are reminded because Black Lives Matter and anti-ableist movements across the world are challenging the politically and socially imposed borders that constrain the human achievement of so many.

In salutary fashion García Robayo alerts us to the temporality of belonging to what one believes is a privileged group whether by dint of skin colour, ethnic heritage, class position, ability or religious affiliation. Nowhere do her words resonate more than with Myanmar’s Rakhine minority—whose very marginal privilege (vis a vis the Rohingya) has now been destroyed, despite Aung San Suu Kyi’s hollow commitments to these once loyal foot soldiers. They, who had been used by the state to deliver much of the marginalising hatred and violence against the Rohingya in the years leading up to the final acts of genocide are, themselves, now the target of Myanmar’s brutal security forces.

Yet in what can only be described as an extraordinary act of breaching borders the Rohingya have extended solidarity to their Rakhine neighbours. I can think of no more appropriate way to end an essay on borders, racism and genocide than with the voices of the 29 Rohingya Groups who drafted the statement in ‘Solidarity with Rakhine People’ :

‘As representatives of the Rohingya people across the world, our groups will do everything we can to end the atrocities by the Myanmar military against anyone in Myanmar … we stand in solidarity with our Rakhine brothers and sisters’

Penny Green is Professor of Law and Globalisation, Head of the School of Law and Founder/Director of the International State Crime Initiative (ISCI) at Queen Mary, University of London. Professor Green has published extensively on state crime, state violence, mass forced evictions/displacement and resistance to state violence. She has a long track record of researching in hostile environments and has conducted fieldwork in the UK, Turkey, Kurdistan, Palestine/Israel, Tunisia and Myanmar. Professor Green’s most recent projects include a comparative study of civil society resistance to state crime in Turkey, Tunisia, Colombia, PNG, Kenya and Myanmar; Myanmar’s genocide against its Muslim ethnic Rohingya; and forced evictions in Palestine/Israel. In 2015, she and her ISCI colleagues, Thomas MacManus and Alicia de la Cour Venning, published the seminal Countdown to Annihilation: Genocide in Myanmar and in 2018 published, Genocide Achieved: Genocide Continues.Her books include State Crime: Governments, Violence and Corruption (2004) and State Crime and Civil Activism (2019).