The Prediction by Dal Kular 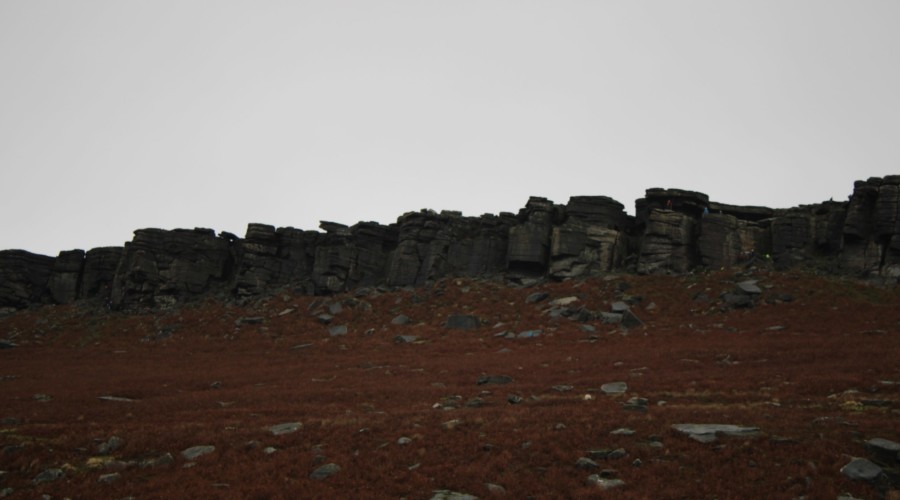 Wasafiri is proud to publish the shortlisted works of the 2021 Queen Mary Wasafiri New Writing Prize. These poems, essays, and short stories detail a range of emotions and experiences, produced by skilled new writers from all over the globe. In this vivid life writing piece, Dal Kular narrates an experience of loss, family, and death that is made all the stronger through an inventive and engaging use of language.

Long time back, an astrologer from Jalandhar, District Punjab, predicted that my Mum would live until she was ninety-two years old and that my Dad would experience a major health event at eighty-four years old. My Dad laughed at these predictions when he defied the star charts and strode through to his eighty-sixth year with nothing more than an extra nocturnal visit to the toilet. But the stars caught up with him and Dad was struck by a stroke, his last breath escaping into the big sky eleven months later via Northern General Hospital, Sheffield. He was eighty-seven years old. After Dad’s funeral, my cousin-brother Gurdev, who had been close to my Dad in childhood, told us that Dad was most likely eighty-four years old at the time of his death, making the astrologer’s prediction correct. That meant, according to calculations,my Mum would live until 2031.

This astrological accuracy perhaps explains my Mum’s reaction when I was asked to visit her in the very same hospital, on the very same day as Dad’s last breath, five years later — having been admitted vomiting coffee grounds and sorrow. She was eighty-two years old. Masked and visored against Covid-19, Mum could barely hear me as I was told to ask her by Dr Bell – invigilating from high above – whether she would like to come home to die, or have more investigations.

‘The doctors say you’re very ill Mum. In your stomach Mum.’ I feather-touch her belly. ‘They say they can’t make you better Mum.’

She grabs my hand.

‘Heh? How could this happen to me?’ Mum searches plastic curtains for answers.

Three weeks later, I am hugging Mum upright from a hospital bed at home. She puts her hand to my chest, eyes wide-hoped, ‘Dee, go to the gurdwara for me, do matha tek, ask God to give me eight or nine more years, please Dee.’ My stomach grenades my throat, I choke on tears. I want to grab those eight or nine years from her God, sticky clay-years, and mould them to her body, into her heart, make her eat them so they can recalibrate every one of her cells, devour the cancer, devour the spasms and return the years we are going to lose, give us a chance to be friends for longer, mother and daughter, fresh beginnings. I want her to grow old-old so I can look after her forever, hold her as she hobbles along, croak-throated and silver-cute.

Mum believes the astrologer’s prediction. He had been right about Dad so she could not be dying yet — not her. She was going to live until she was ninety-two years old, until 2031.

And I believe it too, though this confession stuns me. When I was born in Sheffield long time back, my tongue was forced the wrong way, the other way, to make the English sounds, until it forgot the way to shape oora, erra, sussah, the letters that spell my motherland — emerald plains, fertile wildness, long-back-lives lived by readings of star paths and palms. But bodies remember true home and my mother was my homeland and her body believed predictions and I was half-her. My nerves splinter and shockwave skin.

I want to fold time up and put it away, light up the little room with a string of fairy-lighted memories — ginger ale fizzing the dahl which we eat anyway between scowls and swallowed laughs, your face softening to simran and dusk at Harmandar Sahib, your liquoriced clothes wearing the exhaustion of the factory floor, the flat-palmed slap at the bottom of a bannister, the doors slammed that sealed our lips against each other. I want to unravel knotted splinters between us and shape them into sorry. I want to say ‘thank you Mum’ until my lips burn numb and make you hold me whole.

I want to drive Mum under Stanage Edge, that sprawling gritstone threshold, and hear her say one more time, ‘God made this,’ her eyes making their first acquaintance with its sheer face since she arrived in Sheffield back in 1959 to marry a man she had never met. ‘I’ve never been here before,’ she says, wind lifting the mottled pink dupatta from her forehead. My heart pokes ribs, why had it taken me so long to bring Mum here?

Mum felt it, the irreality of it — a creased gritstone spine dozing above gorse and heather, vertebrae mossed and lichen-mottled tossed into a sack, shook and scattered in a broken line, beneath which the UK’s last surviving mountain hairs slip between mist and web, a peripheral smudge at dawn. Mum felt the otherworldliness of this place, its thin-ness, the potential to slip through to something greater than, that landscapes like this don’t make themselves by geological forces alone — they are nature temples created by footsteps and heartbeats, by tears and imprinted kisses, by escapings and longings, shapeshifters and conversations that blow away as fast as they are spoken, nods between passing strangers and a stirring of bone-old memories. Mum felt this. She knew of this thin-ness and prayers and misty between-worlds.

But Mum isn’t ready to slip through the thin-ness, not without a return ticket. She is going to live until she is ninety-two years old. And I am going to drive her under the Edge again, where she will remind me that this threshold was made by her God and that some places are more special than we know or let them be.

Mum’s demise hurtles us into a strengthening gale with increasing gusts, no-one tells us how tightly we have to hold on to our minds and breath-beats, watching Mum’s face collapse over skull, her breathing urgent then disappearing then grasping gasps. We try to hold on to her for those promised eight or nine years, stop her being robbed by a gust. We squash those years into three and a half weeks and watch the slow evaporation of a remarkable woman’s life.

A month before Mum becomes ill, she visits me in a dream. She is looking at me through soul-knowing eyes that have lived and burned and birthed again. She stares lifetimes of love into me, the love which I always felt being half-her, but struggled to find in the midst of tangled forces of patriarchy, partitions, and survival. Her eyes forewarn me she is leaving for the otherside, just like her ancestors forewarn her the last time she sits in the big room, ‘Why am I seeing all these dead people?’ says Mum, ‘you only see them when you’re going to die. I’m not going to die, I’m going to get my power back.’

Losing Mum feels like losing the earth, the unrelenting rapidity of demise. Caring for Mum was slow and it was fast and it inhabited its own weird time — three and a half weeks of days and nights seeping into one long-short moment. When her breathing clattered then faltered, aching towards her last exhalation, I clung tight to seconds, minutes and hours, rewinding the hourglass, refusing her leave of this life. Mum was meant to live until 2031. But predictions are flimsy. I understand now, the way time plays when the slam of death arrives, a punching speed that cannot be pulled back.

I wonder what kind of world Mum would have experienced at ninety-two? Maybe those soul-knowing eyes knew and said, ‘Mērā samāṁ ā gi’ā hai’, my time has come.

I walk Stanage Edge, dewdrops mimic tears. I am squall-slapped freedom pushed between mists until I dishearten at paths littered — a flattened condom, a dented coke can, a tiny, coiled cairn of human origin, sodden paper pushed into wet earth, edges eroding and slipping into cotton grass and heather. Maybe Stanage is cancering and maybe soon it will be chain-stoking. Can gritstone die? I imagine dialling 999, the ambulance blue-lighting Stanage and the mountain hares to the same hospital where Mum was. Dr Bell, plasticated and pomped, will ask me to translate for him because Stanage and the hares only speak earth and fur, ‘Please ask Stanage and the hares, do they want to go home to die?’ This time he will not ask whether they want more investigations – their only option is end-of-life care – and the speed of those last moments will stun us, spin us and leave us wishing for that one last hug and wishing that we had loved everything we had ever lost just that little bit more. 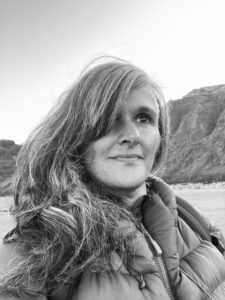 Dal Kular is a Sheffield born and based writer of Punjabi/Sikh heritage. She is a facilitator, tutor and mentor specialising in creative writing arts for healing and has an MSc in Creative Writing for Therapeutic Purposes. From leaving school at 16 years old with 3 O-levels and being told she could never be a writer  –  to severe burnout, grief and loss – Dal returned to the power of words and writing in her late forties, as an act of radical self-care and healing.  Through her She Howls writing circles, co-writing spaces and Our True Nature writing workshops for women of colour,  she encourages women to discover the power of their own voices. She has been awarded Arts Council funding to work on her memoir about her mother, grief and nature. She is most often found roaming the Peak District in her tiny brown van, Muddy. You can find out more at www.dalkular.com.

Cover photo, of Stanage Edge, by Mark Stuckey on Unsplash