The Holy Family at the Border by Margaret Pritchard Houston 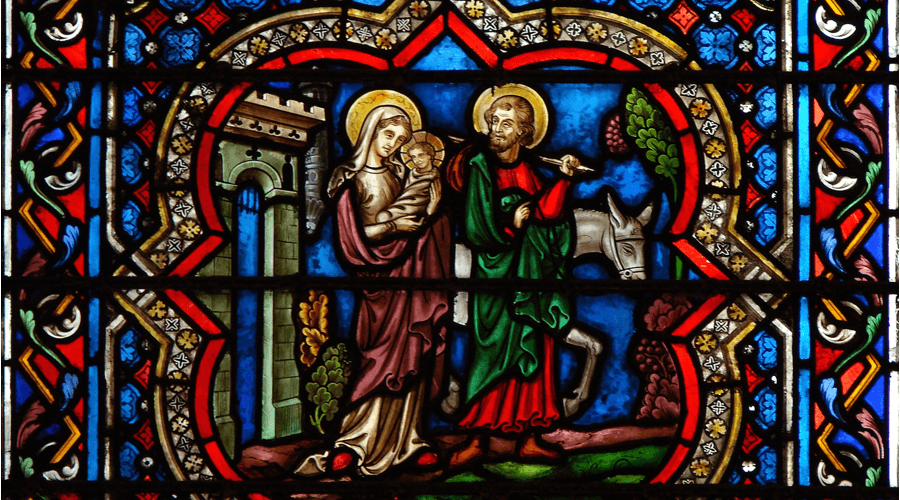 They have walked all night

they’ve got a bit.

Yes sir. No sir. Thank you sir. They’ve got that down pat.

For the guards with their sunglasses, sidearms,

They have walked all night,

and for a few weeks before, they have been

on highways, and dirt roads with donkeys.

They know about donkeys.

The baby reached for a velvet ear, babbling, eyes bright.

Once, a man let Maria ride it for a while, resting,

the baby in her arms. El burro, she whispered,

And behind them, there are other families

with boys in their arms.

And behind them the ravaging shadows of the soldiers

kicking down your door,

churning with adrenaline and coke and permission:

Herod, the master, the cancer, disaster and saviour,

the last line of freedom against the rampaging Empire

knocking at your door, the saviour of Judea, the freedom, the leader,

without me, you get Caesar.

a sash of tribal fabric

to show he’s one of ours.

her breast in his mouth,

like water from the hard rock of her body,

Her t-shirt hiked up.

The icons showing this moment, serene,

this scene an enactment of a prophecy,

with the soldiers at her heels,

they left the angels behind long ago.

of five hundred years of ships and guns and gold

the father raises his arms

from the mirror-eyed men with weapons:

we have the child.

Margaret Pritchard Houston’s work has appeared in Mslexia, Acumen, The Blue Nib, and elsewhere. Her novel, Fraternite, was serialised by Pigeonhole and her play based on the life of Alexander the Great received four-star reviews at the Edinburgh Fringe. When she isn’t writing, or trapped under cats, you can find her on Twitter at @HoustonMargaret