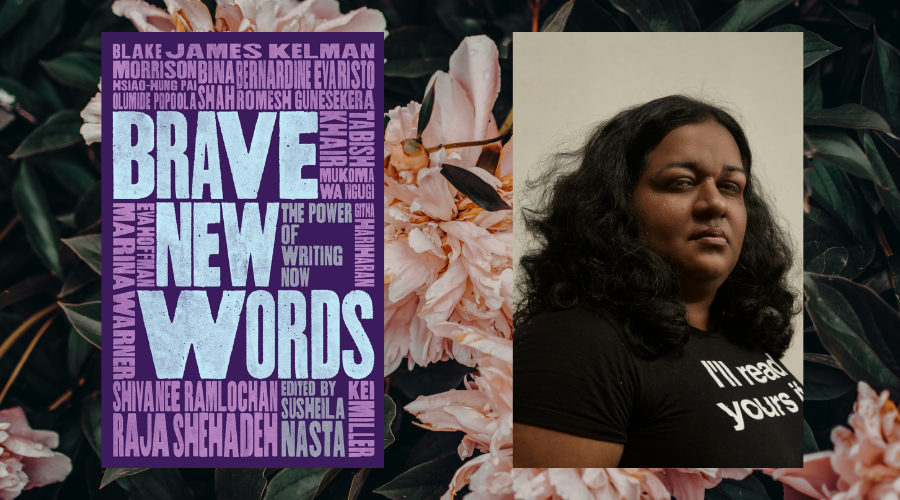 By Wasafiri Editor on April 6, 2021 in Articles

Do you want to submit to the 2021 Queen Mary Wasafiri New Writing Prize for Fiction, Life Writing, and Poetry, but you’re not sure what ‘life writing’ looks like? Let Shivanee Ramlochan show you.

I began writing poems not because I was inspired, but because I was compelled. You might even say that I was summoned to the task. As an Indo-Caribbean woman born in the 1980s, who came of age in semi-rural Trinidad, I was taught—didactically and instinctively—that there were many things good brown girls simply did not do, or think, or say. On the blank page, even at six, which is when I was first conscious of writing a poem, I did not have to ask permission. I could conduct myself as I chose, in this space if nowhere else. All my writing came from this deep vein of need. In person, I could be soft-spoken, pleasingly articulate to family members and educators, amiable and kind: quiet when necessary, deferential to all authority figures. In writing, I needed to follow no such rules. Believe me, however: I was always aware of them, hovering just outside the margins of my blue-lined notebooks, my English Cottage patterned diaries with flimsy silver-plastic locks. Rules maintained an order of respectability in the lives of all the women I knew and loved best: my progressive mother, my grandmothers, one a battle-axe, the other an anchor.

When I wasn’t busy with the desperation of living deeply and disobediently in my poems, I was standing before these three women, learning what it meant to (try to) be good.

There is a woman at the centre of Everyone Knows I Am a Haunting, my first book of poems. She is who I see when sleep won’t come for me. She is The Woman I reached for when I wrote these poems. Though you can’t see her specifically, discretely, in any single line, her spirit haunts the collection. She is its dread, unfuckwithable talisman. She has a mouth full of blood, a battered, sequined purse stuffed with condoms, scorpion peppers, prayer beads and flasks of puncheon. Four-armed like Lakshmi Mata, she carries a cutlass dripping with animal blood; a palmful of ocelot teeth; a golden tray of pure forest ganja; a conch shell stolen from a lecherous pundit. She’s a Head Bitch in Charge and a fertile goddess; a resolute wielder of truth, terror and badmind. You wouldn’t betray her, then feel safe enough to sleep in the same house.

If she sounds like one archetype, she isn’t. To create her, I had to marry my ideas of femininity and womanhood, split the old inhabitations of ‘mother’, ‘lover’, ‘whore’, ‘nurse’ at the seams, and reanimate them into something— into someone—who could guide me through the labyrinth of my own poems. She is a secret, up till now. I’ve never spoken about her out loud, but she is the woman people believe me to be, I think, when they call me courageous, brave, undaunted, for writing this work. I think they catch a glint of her in my eye, when I speak about the powerful, unapologetic female imperative. Maybe people think I’m calling on myself reverentially, using my explicit historic narrative as a compass to write poems that sometimes scare even me. If the poems allow me to sound that brave, that forthright and unafraid of men, then that’s the value of the poems. When I take off my face of public performance, when I sit with myself alone after each reading, panel discussion or prepared speech, I’m faced with this unavoidable knowing.

I am not that woman. No matter how much I’ve tried to be. Yet the need for control runs deep; it is there in the nearly brutal discipline I enforced on each poem and in the very foundations of how I hold my body upright and walk through the world. It’s hardwired into who I am, how I live.

I remember the first time one of my parents told me to put on a bra. I was a teenager. I had a buzzcut, and very large breasts. It was evening time in Trinidad. Frogs were troubling the quietness of the Las Lomas dusk; mosquitoes were unstretching themselves, setting up for the long night of bloodsucking ahead. We were about to visit my Aunty Ruby, the woman who’d raised me during the days when my mother and father were at work. This woman had wiped my bottom, cooked my meals, scrubbed the spaces between my toes. We’d had tea parties in the corner of my parents’ balcony, overlooking the country bar my grandparents owned and managed, downstairs. We’d played games of imagination and whimsy, mischief and intrigue, many of which involved me snatching off the velvety berets she wore, tugging her tightly braided plaits and singing at the top of my precocious, opinionated lungs.

Now I was being told I had to clothe myself ‘appropriately’ to visit her.

I was already wearing a bra, but the chill in the rural Trinidad night had perked my nipples. The ‘home bra’ I had on was insufficient, a white lacy hand-me-down from an unknown friend of a relative, with an ample bosom. I had to put on a ‘going-out bra’, a proper creature of underwire and sterner, nipple-calming polyester. I can’t remember if I was indignant, ashamed or both, but in the photographs in our family album of that night, I can discern the clear, sullen cast of my mouth, the pout in my features like I’d been made to consume spoilt milk.

The tyranny of my own breasts, how they could wage war against me, was not a new concept. I was accustomed, while still in single digits, to being a female person who’d come into her own body maturity almost as if by explosion, as if I’d been plucked from the pages of an Enid Blyton book and slammed into the corral of men’s unwanted appreciation. I’d already been remarked upon, during my primary into secondary school education, as a girl who had developed fast. I bled for the first time at nine years old, an event which necessitated my mother coming into my Standard Three classroom to speak confidentially with my teacher. It was a hushed conversation: my mother was proud of my first blood, but it wasn’t something she was about to clamber to the rooftops to proclaim at Arima New Government School. The sanitary pad rode between my thighs like sodden contraband, a wet and clotted cargo I longed to discard.

This, however, this parental intervention via brassière— this was new. My breasts, clearly precocious themselves due to their premature development, were now twin appendages subject to a hierarchy of accepted obedience. They had to be suitably restrained for public viewing, even in the eyes of a woman who had seen me naked innumerable times, a woman who had kept me clean, fed, and yes, perhaps… obedient, too. To understand the strangeness of this edict, you must see my parents for who they are: unorthodox, beautiful black sheep in a larger familial structure dictated by much conservatism. I was accustomed, as a girl, to trampling about in many ways without licence or muzzle, which made episodes of parental propriety seem all the stranger, more house-of-mirrors bizarre than run-of-the-mill instructive. Surely, this speaks volumes to the invisible ties of lingering social responsibility we all inherit, one set of parents passing them down to the next, reinforced either through judicious application, or highlighted owing to dire neglect.

My parents never policed the suitability of my breasts for social occasions in that specific way ever again. Was it because I’d done as I was told, the first time, and found a more decent bra to stuff my burgeoning boobies into, to go visit Aunty Ruby? Or was it because I’d grown fatter, decreasing the noticeability ratio of tits-to-waistline? After all, I’d heard it proclaimed by the self-appointed arbiters of young women’s sexuality—young men—that big breasts didn’t count if you were fat.

You see now why I could never be The Woman who watches over my poems. As strident as I have become in certain areas of my life, all it takes is a simple ‘What is that yuh wearing?’ or ‘Yuh bursting with fat, girl, where you going with all that size?’ to ricochet me back to my leastoffensive self. I become an instrument of deference-throughsilence, willing to take the path of least cussing and wailing to get to the place where no man, no pundit, no uncle, no Las Lomas barfly, is raising his tongue to critique me. I become, if only for five awkward minutes at a time, a kind of obedient woman I actually no longer am, in my spleen, in my private parts…

This extract is reprinted with permission from our anniversary anthology, Brave New Words: The Power of Writing Now, edited by Susheila Nasta (Myriad Editions, 2019), which features fifteen specially commissioned essays from distinguished authors explore the value of critical thinking, the power of the written word, and the resonance of literature in the twenty-first century. Brave New Words imagines writing across shifting and troubled borders, and diverse possibilities for living, working, and belonging together, and you can purchase it here.
The 2021 Queen Mary Wasafiri New Writing Prize is open for submissions. Find out more and submit here.
Share this...